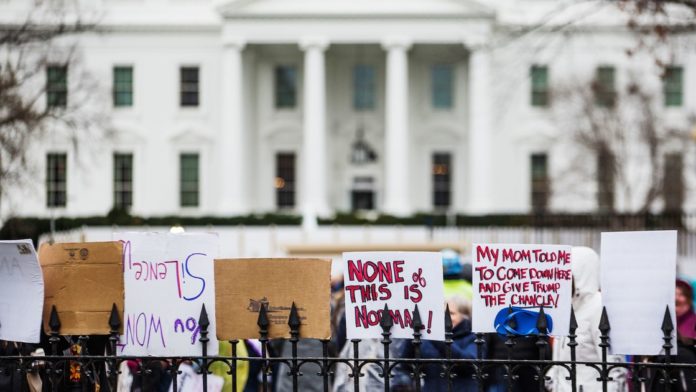 Last month, a photographer named Ellen Shub died, near Boston, at the age of seventy-three. I had got to know Shub in the nineteen-eighties, when I worked for gay and lesbian publications. At that time, she was already well known as a chronicler of social protest—a role that she continued to perform up until she unexpectedly fell ill, just weeks before she died. Many of her pictures were compositionally similar—frontal, focussed on one person and one sign. In 1975, she took a picture of a woman holding a placard that said “No more back room back alley abortions.” In 1981, at a Boston rally for the Equal Rights Amendment, she photographed a woman who held a sign on which she had pasted “59c”—the amount of money, it was said, that a woman made for every dollar earned by a man. In 2004, when the Republican National Convention was held in New York, Shub took a picture of a protester with a large sheet of cardboard printed with the words “ ‘Dissent is the highest form of patriotism’ —Thomas Jefferson.” In 2014, at a rally in Boston, she photographed a young man holding one that said “#Icantbreathe.” There were many more, and, in each case, the message of the photograph was the message of the sign.

Shub’s intention in taking such text-centric pictures was clear: she was creating a historical record. Her medium were photographs published in the alternative media and movement media: gay and lesbian newspapers, feminist newspapers, and city weeklies. If mainstream journalism likes to think of itself as the “first rough draft of history,” and indeed forms much of the record that historians use to create more lasting narratives, then the kind of papers to which Shub contributed serve as amendments to this story, a record of what was also said, also written, and also seen. Shub spent decades attending all sorts of protests in all kinds of weather, to insure that—even if contemporary television viewers were unlikely to know it—future generations could learn that we were here and we held signs.

I thought of Shub on Friday, when the Washington Post reported that the National Archives had altered the signs on a photograph from the 2017 Women’s March on Washington. On the photograph in question, the word “Trump” was blurred on a sign that originally read “God Hates Trump.” In other signs in the same picture, the words “vagina” and “pussy” disappeared.

In response to the Post’s initial inquiry, the Archives offered two arguments and one excuse. The excuse was that the altered photograph was not part of a current exhibition at the Archives, tracing a hundred years of the suffragist movement, but merely a display that advertised the show. Still, the display would have become part of the Archives’ record—indeed, a part of the record that would have been seen more widely than the exhibition itself. The arguments were that the words referring to female anatomy may strike visitors as “inappropriate” and, separately, that the Archives is a “non-partisan, non-political federal agency.” The word “non-partisan” seemed to be used to mean “in willful denial of the existence of political opinion.” The word “non-political” seemed to mean that the job of the Archives is to create a historical record that obliterates politics. (On Saturday, within twenty-four hours of the publication of the Post story, the Archives removed the display photograph and posted a note of apology, which began “We made a mistake.”)

The Post and others who went on to pick up the story noted that the director of the Archives, David S. Ferriero, was appointed by Obama. This is indeed an important point, because it provides a measure of how far we, as a society, have drifted under President Donald Trump. By the third anniversary of his inauguration, an organization created for the purpose of creating a historical record—and headed by someone who is not a Trump appointee—has falsified the historical record.

Of course, the second thing I thought about when I saw the news was the vast and well-documented Soviet system for excising people from the record: by retouching them out of photographs and by altering books, including the Great Soviet Encyclopedia, which sent subscribers ready-made filler pages to put in place of high-ranking officials newly exposed as enemies of the people. The analogy is floating on the surface, offering itself up to anyone who stops to consider the situation, even for a moment. This suggests that the head and staff of the National Archives did not, in fact, give themselves a moment to consider their actions, perhaps because their actions seemed so logical and right to them. It seems that, unless the media focussed its attention on them, they might not even have realized that they were engaging in the very opposite of what the Archive had been created to do: forge a clear and accurate historical record.

A couple of years ago, I wrote about a book documenting the Soviet practice of eliding people, objects, and facts from photographs. Inevitably, I quoted Hannah Arendt, whose 1967 essay on truth and politics, also published in The New Yorker, remains some of the most insightful commentary on the danger of trying to create politics in the absence of shared reality:

The chances of factual truth surviving the onslaught of power are very slim indeed; it is always in danger of being maneuvered out of the world not only for a time but, potentially, forever. Facts and events are infinitely more fragile things than axioms, discoveries, theories—even the most wildly speculative ones—produced by the human mind; they occur in the field of the ever-changing affairs of men, in whose flux there is nothing more permanent than the admittedly relative permanence of the human mind’s structure. Once they are lost, no rational effort will ever bring them back.

In the case of the National Archives and the Women’s March, a swift media reaction was probably instrumental in correcting the record—if that is actually the outcome of whatever remedies the Archives has selected. But Arendt warns us that history lost, even if only because it is temporarily pushed underground, is still, indeed, memory lost.

“Vitalina Varela,” Reviewed: An Audacious Drama About the Struggles of an Immigrant Community 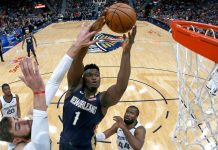 Zion Williamson Is More Than a Walking Mixtape 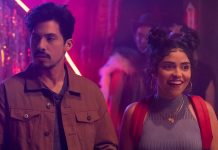 “Cause for Alarm!,” a Film Noir That Feels Accidentally Feminist 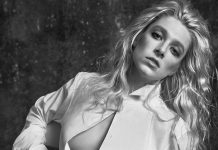 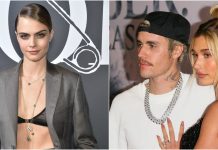 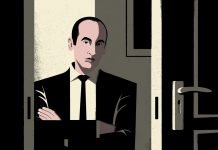 Stephen Miller, the Immigration Extremist in the White House 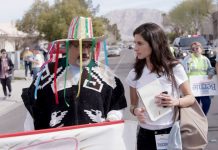 How Bernie Sanders's Outreach into Latino Neighborhoods Is Working 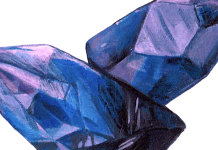 Powerful Crystals for People in Their Thirties