The energy crisis is spreading as fast as the coronavirus once did. But that economic strife will also climax. The supply shortages, though, are adding up just as the COP26 meeting prepares to get going on October 31 in Glasgow, Scotland. Global leaders are now tasked with presenting a compelling case to continue their aggressive fight against climate change right when the demand for fossil fuels is rising and causing a huge spike in energy prices.

Wealthier nations see no need to take their foot off the accelerator, reasoning that the current energy crunch only illustrates how vital it is to deploy more wind and solar that are both clean and abundant. Developing countries, however, want to slow the pace. They are concerned that the high price of electricity, natural gas, and transportation fuel will impede their economic recoveries.

The friction will no doubt play out in Glasgow — a conference that is aimed at limiting temperature increases to no more than 2 degrees Celsius by 2050 from pre-industrial levels. But global greenhouse gas emissions are set to rise by 6.7% this year, largely because national economies are rebounding from the coronavirus; they are now using fossil fuels at 2019 levels. That is according to the MSCI
Net-Zero Tracker, which also finds that less than half of the listed companies are aligned with a 2 degree Celsius temperature rise. It tracks 9,300 public companies.

“As the extreme weather events of 2021 have reminded us, climate change is not a ‘potential’ problem 30 or 40 years down the road,” says Henry Fernandez, chief executive of MSCI, a U.S.-based finance company that strives to increase transparency. “It is a clear and present danger to our way of life right now. What we do over the next half-decade — and especially at COP26 in Glasgow — could make the difference between avoiding or experiencing the worst climate impacts.”

The whole world needs to limit its CO2 releases, although Fernandez says that emerging markets have an implied temperature increase of 4.8% Celsius by 2050. To address this problem, industrials need to cut their CO2 releases by 10%. The tracker says that GlaxoSmithKline plc
, H&M Hennes & Mauritz, and Électricité de France are among the most progressive enterprises while Saudi Arabian Oil Company, Gazprom, and Coal India are among the laggards.

In its International Energy Outlook 2021, the U.S. Energy Information Administration is estimating that world energy consumption will grow by nearly 50% by 2050. Renewable energy, it adds, will expand at the fastest rate. But that buildout alone is not enough to hit the net-zero CO2 targets by 2050.

“The wrong response to this would be to slow down the transition to renewable energy,” says Frans Timmermans, first vice president of the European Commission. “The right response is to keep (up) the momentum and perhaps even look for ways to increase the momentum.”

As countries emerged from the pandemic, the demand for goods and services skyrocketed. That has been especially true for China. But that country has been short coal because of its ban on Australian imports. So Chinese companies began importing more super-cooled liquified natural gas. And that has pushed up LNG prices, which are now about $35 per million BTUs in Asia.

But the thirst for LNG in Asia has impacted European natural gas prices. The continent has been chastised for failing to map out a rational clean energy transition. The German economy, for example, had relied on nuclear energy for 30% of its electricity. But that figure now stands at 12% — and it is ultimately headed to zero — which is making it more dependent on coal and natural gas. Meanwhile, the United Kingdom has cut its CO2 emissions by 44% over 30 years while in recent times, it has let its natural gas storage facilities go nearly empty.

Now the price of LNG for all of Europe is $25 per million BTUs. And Russia’s Nord Stream II won’t come online fast enough to ease the pain that could come this winter. Meantime, the cost in Europe of buying carbon permits — the tradable credits that allow companies to exceed CO2 limits — is now $69 a ton. That’s double the price from a year ago. But it is also a revenue source used to help pay the utility bills of needy families and to help commercialize new technologies.

Critics of the green energy transition say that the global economy depends on fossil fuels: oil, natural gas, and coal make up 84% of the world’s energy use. Europeans, for example, are now clawing to find enough coal and natural gas to fuel their remaining fossil-fired units because wind and solar can’t fill the void. Others say that the continent’s current green strategy is shortsighted: 15% of the world uses 40% of its energy and everyone else wants in on the action.

But supporters of the climate agreement take a different position, saying that the rapid rise in commodity prices is a clear indication that the transition to green fuels should be hastened — not slowed. Less demand — and fewer subsidies — for fossil fuels will reduce their prices. Those who oppose change, they add, have a vested interest in the status quo. And most people endorse climate action, says Pew Research Center: 70% around the world and 60% in the United States.

“We need to be clear, we cannot envisage a different path between the developing and the developed world,” says Francesco La Camera, director-general for the International Renewable Energy Agency. “Oil, coal, and natural gas can play a role. But it is the worst option. The developing countries can leapfrog (over them). This has to be a common effort … New energy systems will be decentralized.”

The world’s major economies remain committed to net-zero targets by 2050 while the financial markets have been rewarding sustainable technologies: IRENA says that in 2020, the S&P Clean Energy Index of clean energy stocks was up by 138% compared to the fossil fuel-heavy S&P Energy Index that was down by 37%. Moreover, it says that investing in cleantech has created three-times more jobs than the fossil fuel sector. Financing is the key, it adds, emphasizing that $131 trillion is needed to get to carbon neutrality in 2050 — a high hurdle, given that roughly $750 billion will be spent on clean energy and energy efficiency in 2021.

The current energy conundrum will be addressed. But it too will pass. Supplies will ultimately catch up with the demand. Before that point, global leaders need a more deliberate plot line. Under any circumstance, though, countries cannot take their eye off the ball — the need to hit targets set by the 2015 Paris climate agreement. 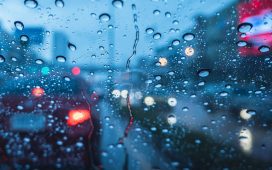 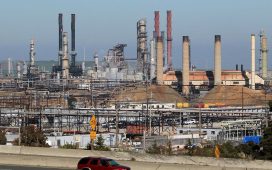 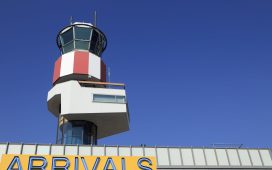 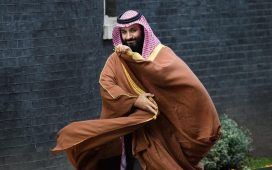 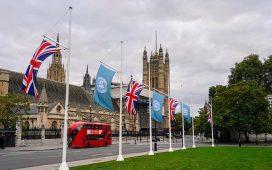 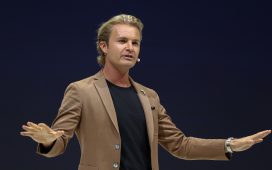 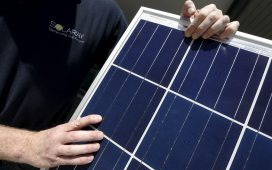 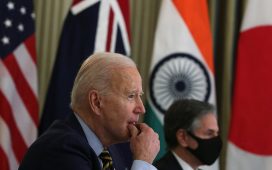