The director Joan Micklin Silver, who died last week, was – to use the kind of cliche she abhorred – a pioneer. She was a female director at a time when studio executives were more than comfortable with being openly sexist, telling Silver: “Women directors are one more problem we don’t need.”

She made distinctly Jewish movies, as opposed to the kind of Jewish-lite movies that were – and are still – Hollywood’s more usual style. Her two greatest films, Hester Street (1975), about a Jewish immigrant couple (Steven Keats and Carol Kane) on the Lower East Side in the 1890s, and the peerless 1988 romcom Crossing Delancey, about a modern young woman (Amy Irving) who is reluctantly fixed up with a pickle seller (Peter Riegert), are to When Harry Met Sally what the Netflix series Shtisel is to Seinfeld: Jewish as opposed to merely Jew-ish.

But Silver did more than that. She took on what has stealthily become a staple cliche of American romcoms, exploded it and inverted it: the theme of Jewish assimilation.

The idea of something as academic and hard-edged as cultural identity underpinning a genre as frothy and pleasurable as the romantic comedy may sound like a fast track to Pseuds’ Corner. Yet once you spot this theme, you see it in almost every movie, like Alvy Singer in Annie Hall, who sees antisemitism everywhere.

Annie Hall is perhaps the film that made this plotline so central to modern romcoms, with its storyline of Alvy, the nebbish hypochondriac Jew (Woody Allen), who momentarily finds happiness with Annie, a blond Wasp (Diane Keaton). Allen emphasises this theme in the famous scene in which Annie takes him home to her family, and he imagines how they see him, which is, of course, as a fully garbed-up Hasidic Jew, and he mentally contrasts the calm wealth of her family with the chaotic poverty of his own.

Ultimately, Annie leaves Alvy for a record producer, played by Paul Simon, possibly the only man in New York who looks more Jewish than Woody Allen: Annie is off to rescue another Jew from himself. In reality, after Keaton’s relationship with Allen ended she got together with the definitely-not-Jewish Warren Beatty, so for Allen to cast Simon in his stead was clearly his own in-joke.

Romcoms are based on the idea that love will save the protagonist. In fairytales, this means a wealthy prince rescuing a poor girl; in modern romcoms, it often means a dark-haired young man getting lifted out of his Semitic misery by a perky blond woman. Allen more than any other film-maker established this template, particularly in his films with his then partner, Mia Farrow. In Hannah and Her Sisters, depressive hypochondriac Mickey (Allen) was married to glamorous theatrical Hannah (Farrow), until she divorced him and got together with someone more similar to her, Elliot (Michael Caine), leaving Mickey to stew in his own anxiety. (He finds a way out by marrying Hannah’s sister, played by Dianne Wiest.)

In Broadway Danny Rose, nervy Danny (Allen) has the time of his life and is ultimately redeemed by Tina, a blond gangster’s moll straight out of a Hollywood B-movie (Farrow). In my favourite Allen film, The Purple Rose of Cairo, Allen switches the set-up and this time it’s the woman, a poor New York housewife (Farrow), who is rescued by a glamorous bombshell who walks, literally, off the movie screen (Jeff Daniels).

Thanks in no small part to Allen, you see this trope in every romcom starring actors such as Ben Stiller, Seth Rogen, Adam Sandler opposite the likes of Jennifer Aniston, Katherine Heigl, Drew Barrymore. In all these movies, the men are attractive because they have what are now seen as innately male Jewish qualities (anxiety, sarcasm, self-obsession), but simultaneously need to be rescued from them. Only someone who is their exact opposite can do that because while male Jewish qualities are depicted as desirable, the qualities associated with Jewish women (nagging, spoilt, nasal voices, dark hair) are very much not, as these movies often emphasise.

In 2004’s Along Came Polly, the very Jewishly named Reuben Feffer (Stiller) has his heart broken by the duplicitous Lisa (Debra Messing, who is Jewish), but finds redemption with quirky Polly (played by Aniston, who is not). In 1998’s The Wedding Singer, Robbie (Sandler) has his heart broken by his spoilt, dark-haired fiancee, and only recovers when he gets together with the very blond Julia (Barrymore). In Knocked Up, Alison (Heigl) is initially wowed by Ben’s (Rogen) exotic Jewishness, drunkenly stroking his curly hair in the nightclub and asking what “product” he uses on it. “Uh, Jew?” he responds.

Even When Harry Met Sally – despite being written and directed by Jews (Nora Ephron and Rob Reiner) – relied on this set up, with the miserable, dark-haired, corned-beef fan Harry (Billy Crystal) and the cheerful, blond, white-bread-and-ham-sandwich-eating Sally.

This shtick transferred to US sitcoms, in 1990s shows such as Mad About You (starring Paul Reiser and Helen Hunt), while in Curb Your Enthusiasm, Larry (Larry David) is – initially – married to sexy blonde Cheryl (Cheryl Hines), whereas his poor manager Jeff (Jeff Garlin) is stuck with the very Jewish Susie (Susie Essman), who, unlike Cheryl, nags and gives her husband an extremely hard time. She is the partner you don’t want to end up with, the wrong one, like Janice in Friends, or like the nagging, ball-breaking, killjoy of a girlfriend played by Sarah Silverman in School of Rock.

Knocked Up was made by Judd Apatow, who has followed in Allen’s stead in depicting marriage between a dark-haired man and a blond woman as the ultimate happy ending (Apatow himself is married to Leslie Mann, who often plays the desirable blond woman in his movies.) And this is not just limited to stories about Jews. In 2017’s The Big Sick, which Apatow produced, Kumail (Kumail Nanjiani) falls for a white woman, Emily (Zoe Kazan), much to his parents’ horror. And it’s not enough to depict Emily as perfect, the movie presents all the Pakistani women Kumail is set up with by his family as boring or just flat-out unattractive.

Romantic love is often how a young person makes their definitive break from their parents, and an easy way to illustrate that is to show them rejecting their own background, assimilating into the mainstream. In fact, the rise of Hollywood is itself the story of Jewish men attempting to assimilate themselves into this new world that, at the time, often expressly banned them. In An Empire of Their Own, Neal Gabler writes that, when American golf clubs and elite neighbourhoods refused to admit Jews, the Jewish movie producers in the early 20th century responded by making films about those elite worlds.

Part of that fantasy included marrying a non-Jewish woman. In Striptease: The Untold History of the Girlie Show, Rachel Shteir puts this down to the fact that in early 20th-century American burlesque shows – which were in part founded by a pair of Jewish brothers, the Minskys – Jewish women were not featured on stage because the Minskys thought of them as “pure”. Instead, American blondes and redheads were held up as the epitome of female sexuality. “I think one of the functions of striptease in that time period was that it became a social space where men could be Americanised by watching these women who were nothing like their sisters and mothers,” Shteir said in a 2009 interview. Jennifer Grey put it more simply when asked why she had had surgery to smooth out her nose, “Hollywood is run by Jewish men. We all know the Jewish syndrome in high school. The Jewish boys don’t like the Jewish girls. They really want the goddesses and Michelle Pfeiffers.”

Female Jewish actors are certainly presented as desirable in movies, but only if they look like Scarlett Johansson or Natalie Portman, or Winona Ryder, none of whom are exactly the female equivalent of Seth Rogen. Before she mutilated her perfect nose, Jennifer Grey was one of the very few classically Jewish-looking actresses to be in a romcom in which she gets together with the beautiful non-Jew (Dirty Dancing, of course, playing opposite Patrick Swayze). Dirty Dancing was written by a Jewish woman (Eleanor Bergstein), just as My Big Fat Greek Wedding was written by a Greek-American woman, Nia Vardalos. Apparently, it’s only when a woman writes the movie that a female protagonist’s ethnicity can be celebrated. But neither Vardalos nor Bergstein was as brave or original as Joan Micklin Silver when it came to questioning whether assimilation was right at all.

In Hester Street, a Jewish immigrant husband is ashamed of how unassimilated his wife is after she arrives in the country a few years after him. Hester Street was filmed in black and white and is largely subtitled, with the characters speaking in Yiddish. In an echo of the plotline, no studio wanted to make the film, deeming it “too ethnic” – Jewish, in other words. But it was a hit and Carol Kane, who played the wife, was nominated for an Academy Award.

Crossing Delancey was made for a far more mainstream audience, with a seemingly conventional romcom plot. Izzy (Irving), who works in a bookshop uptown and has casual sex, is horrified that her bubbe [grandmother] downtown (Reizl Bozyk) has hired a marriage broker (Sylvia Miles) to fix her up with Sam, a pickle seller (Riegert). “This is not my world!” Izzy says, horrified. But despite herself, she finds herself drawn to Yiddish-speaking, schul-frequenting Sam, even while she physically recoils at the sight of him taking pickles out of his barrel. “Did I tell you he sells pickles?” she says to a friend. “Someone has to,” her friend says, tutting at Izzy’s snobbery.

Izzy has a romance with the sort of man who she thinks is her world, the glamorous author Anton Moss (Jeroen Krabbé). But he has his own assimilation issues when he is reprimanded by a fellow author for not writing in Dutch, his “mother tongue”. “I live in New York,” Anton responds crossly. “Well, I wasn’t asking to see your green card!” laughs the other author. But there is a sense that Anton doesn’t know who he really is and this is expressed in his lack of a moral compass, whereas Sam very much knows where and who he is. For his big date with Izzy, Sam soaks his hands in vanilla, “to take away the smell of the pickles”. Because that’s what you have to do if you want to assimilate: go vanilla. But in the end, it’s Sam’s familiarity that draws Izzy to him.

Ultimately, Silver’s career assimilated. After the triumphs of Hester Street and Crossing Delancey – and Between the Lines, a 1977 film starring Jeff Goldblum about a little newspaper that gets assimilated into a big corporation – she made some fairly forgettable comedies, such as 1989’s Loverboy and 1992’s Big Girls Don’t Cry … They Get Even. But in Crossing Delancey, she made that rarest of things: an American movie that actually celebrates Jewishness, as opposed to mocking it, exploiting it or apologising for it. Like Moonstruck, which came out the year before, Crossing Delancey is a culturally distinctive romcom, not one that mutes down its differences in an attempt to assimilate, and is all the more enjoyable for it, whatever the audience’s ethnicity. More pickle, less vanilla. 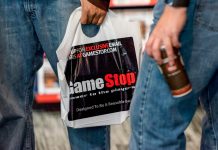 Powell says ‘we have not won this yet’, as Fed holds rates steady 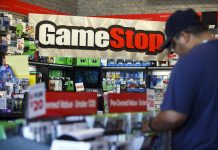 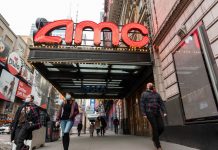 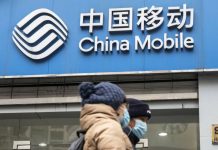 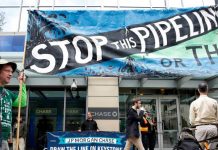 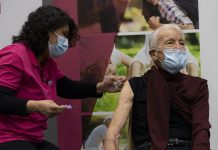