CBS All Access announced that Lana Parrilla, B.K. Cannon, Jordane Christie, Matthew Daddario and Veronica Falcón have been cast in the second season of “Why Women Kill.” They join the previously announced Allison Tolman and Nick Frost in a brand new storyline for the anthological dark comedy, this time set in 1949 and exploring the lengths one woman will go to belong in a society that has long ignored her.

Nickelodeon announced that “Are You Afraid of the Dark?” will feature all-new members of the Midnight Society for its second season. The new characters and cast members are Luke (Bryce Gheisar), Jai (Arjun Athalye), Hanna (Beatrice Kitsos), Gabby (Malia Baker), Seth (Dominic Mariche) and Connor (Parker Queenan). The six-episode second season will follow these kids as they tell terrifying tales about a curse cast over their seaside town and the villainous Shadowman. The series, a reimagined take on the ‘90s classic, is produced by Ace Entertainment and will premiere in 2021.

The CW announced its winter premiere dates for new series such as “Walker,” which will debut Jan. 21 at 8 p.m., and “Superman and Lois,” debuting Feb. 23 at 9 p.m., as well as new seasons of beloved shows and a couple of special pieces of programming. New seasons of “Penn & Teller: Fool Us” and “Whose Line Is It Anyway?” premiere Jan. 8 at 8 p.m. and 9 p.m., respectively, while the second season of anthology drama “Two Sentence Horror Stories” will premiere on Jan. 12 at 8 p.m. On Jan. 17 at 8 p.m., the network will debut the second season of “Batwoman,” this time featuring a new leading lady. The fifth season of “Riverdale” and second season of “Nancy Drew” will premiere back-to-back Jan. 20 at 8 p.m. and 9 p.m., respectively. The third season premiere of “Legacies” will follow the series premiere of “Walker,” premiering on Jan 21 at 9 p.m; “Charmed” will return for a Season 3 premiere on Jan. 24 at 9 p.m.; “Black Lightning” Season 4 premieres Feb. 8 at 9 p.m., and “The Flash” Season 7 premieres Feb. 23 at 8 p.m. Additionally, the network will air the Critics Choice Super Awards on Jan. 10, beginning at 8 p.m., and its newly acquired supernatural drama “Trickster,” from CBC, will make its U.S. debut on Jan. 12 at 9 p.m.

Bravo’s “The Real Housewives of Atlanta” will return for its 13th season on Dec. 6. Joining returning housewives Cynthia Bailey, Kandi Burruss, Porsha Williams and Kenya Moore this season is new housewife Drew Sidora, who is an actor and singer set to direct her first feature film, in addition to a housewife and mother of three. Marlo Hampton and Tanya Sam will return as friends of the cast, joined by Moore’s new friend LaToya Ali. This season will center on each housewife’s relationships as they tackle various obstacles, such as Bailey putting on a wedding amid the pandemic and Burruss preparing to open an upscale steakhouse in the city.

Investigation Discovery is set to launch “Killer in Question,” a four-part limited series exploring contested criminal cases, on Nov. 1 and Variety has obtained an exclusive sneak peek of the Jeff Titus episode. Titus was convicted on murder charges after two hunters in his neighborhood were found dead, but because a serial killer was in the area at the time of the murders, there are questions about his guilt. In the clip, which you can watch below, Mike Werkema, one of the detectives who led the investigation that put Titus behind bars, and Mike Brown, another detective on the cold case team, discuss whether they think Titus is guilty and why.

Revry, the LGBTQ+ virtual cable TV network, has launched OML on Revry, the first 24/7 live TV channel exclusively catering to queer women and gender non-conforming people; original content will debut on Nov. 1. “Dating ‘In’ Place,” an original series that follows the romance between two young women during the pandemic, will kick off the channel’s slate of content. Other popular titles include horror comedy “Crazy Bitches,” paranormal sci-fi drama “Passage,” all three seasons of comedy series “Gal Pals” and “Girls Like Magic,” directed by Kit Williamson. OML was first established in 2009 as a woman-centered YouTube channel that has since amassed more than half a million subscribers.

Hollywood Radio and Television Society announced its newly elected HRTS Associates Board for Los Angeles and New York. Kyle DeLash, director of distribution at Moonbug Entertainment, and Limor Hakim, director of development and production at Level 1 Entertainment, will serve as co-presidents of the Los Angeles board. Meanwhile, Frederic Richter, writer and founder of Richter Scale Media, and Simon TaufiQue, producer at Orchestrated Pictures, have been elected as co-presidents of the New York associates. HRTS Associates aims to support mid-career professionals across all sectors of the media and content industry with networking, mentorship and educational opportunities.

Radio and television personality Bobby Bones signed an exclusive overall television development deal with BBC Studios’ Los Angeles production arm. Bones will work exclusively with the studio across all television media as an executive producer developing and potentially hosting original unscripted and scripted series. The radio host is currently working with BBC Studios on the unscripted series “Breaking Bobby Bones,” set to debut on National Geographic, which follows Bones as he travels across the country to meet people with unique skills and jobs to see if he can keep up with their work.

Fox News International expanded distribution to 12 additional countries, including enhanced distribution across Amazon Fire TV’s streaming platform, ahead of the presidential election. The nations added are Costa Rica, Ireland, Norway, Bulgaria, Cyprus, Czech Republic, Estonia, Latvia, Lithuania, Malta, Slovakia and Iceland, totaling 27 countries where the streaming service is available. Viewers will have access to Fox News and Fox Business, along with a catalog of 20 on-demand programs.

Amazon Prime Video has acquired psychological thriller “Tell Me Your Secrets,” starring Lily Rabe, Amy Brenneman, Hamish Linklater and Enrique Murciano. Created and written by Harriet Warner and co-produced by Bruna Papandrea’s Made Up Stories, the 10-episode drama series, which will premiere in 2021, follows a trio of characters with troubling pasts. As their stories unfold, the lines between victim and perpetrator become blurred. 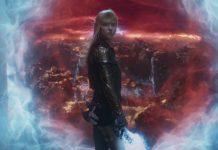 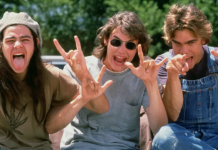 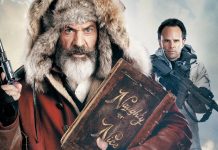 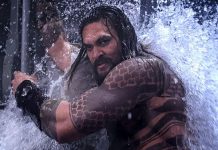 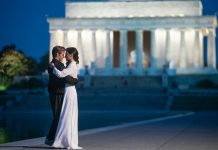 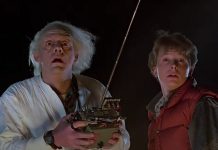