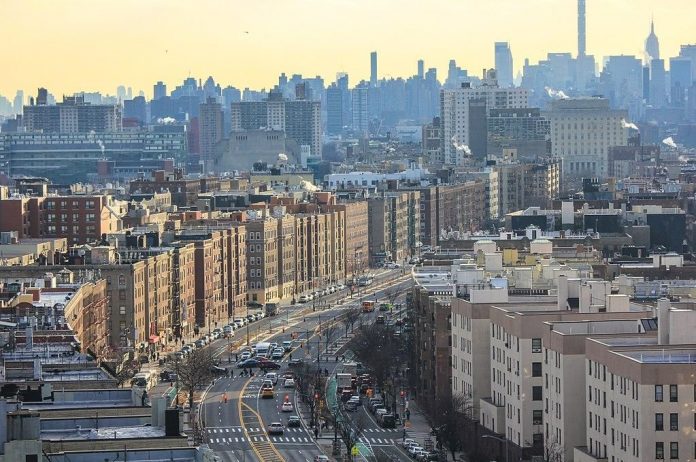 I was talking last week with Dr. Charles Forsberg, in the Department of Nuclear Science and Engineering at the Massachusetts Institute of Technology, about this pandemic and the long-term implications for our energy use.

We agreed that short-term predictions are kind of easy – the recession is decreasing our energy use as we all hunker down, work from home, stop recreational travel, and shutter all restaurants, bars and sporting events. Jordan Wildish has noticed that, over the last month, changes in energy use has all but erased the dramatic daily duck curve, and energy use is peaking near 11 AM rather than 8 AM.

But what will happen when we come out of this pandemic and its associated recession?

Like 9/11, the 1918 Spanish Flu or either World War, huge disasters change how we live. In the last 20 years, there have been multiple pandemic near misses: SARS, Ebola, Zika, and various bird flus, but they were stopped before they entered the western world. This coronavirus was not, mainly because it is contagious well before it is symptomatic.

Unfortunately, pandemics are expected to become more common because new viruses occur roughly in proportion to the number of people worldwide and greater travel boosts the chances of a breakout.

But in our discussion, we agreed that, contrary to conventional wisdom, this pandemic may well result in a more prosperous America in a few years. There are a few reasons for this thinking.

First, there will be a massive growth in U.S. manufacturing. This pandemic shown a light on the weakness of our supply chains. Even those things that are mostly made in America have some parts that are made elsewhere, like China or Thailand.

The cost difference between made-in-China versus made-in-America has decreased rapidly in the last decade. Between new tariffs, the risk from pandemics and other disasters, many companies will move manufacturing back to the U.S. to reduce supply chain risk.

Furthermore, much of the American public will now view dependence on foreign countries as an unacceptable risk. The federal government procurement for such things as medical supplies should become like Department of Defense procurements – make and buy American.

Second, there will be a massive wealth transfer to a younger generation, and they will spend some of that wealth.

Third, there will be a housing boom and an increase in birth rates. Younger Americans thinking of having children will have children rather than postponing such decisions—a smaller repeat of the baby boom after WWII. As Dr. Judith Wright points out, shock events cause people to rethink their lives, contemplate their mortality, and not postpone important decisions like having children.

Fourth, this pandemic forced companies into a large-scale telecommuting experiment – an experiment that none of them would have been willing to conduct under normal conditions. Many office workers will not want to go back to the daily commute, and there won’t be strong enough economic reasons to force them back.

The new norm may be some variation of three days at home with one or two days in the office for meetings and other activities not as easily done from home. Companies that offer such work schedules will have a recruiting advantage over companies with traditional office hours. Different teams will choose different days to be in the office resulting in a collapse in office space demand.

Therefore, the big losers will be central cities such as New York, Boston and San Francisco.

The technology to work from home and avoid commuting will be combined with a fear that large central cities are a danger to the public in future pandemics. From the point of view of a virus, New York City is a great place to live – high population densities, crowded mass transit, crowded elevators, and crowded offices.

In contrast, Tokyo is a super clean city where face masks were common even during normal times. Anybody with a cough, or just not feeling well, wears a face mask. The question will be raised in the public debate – Are super cities viable with pandemics or are they only viable in certain types of societies with tight cultural norms, even autocratic, like China, Japan or South Korea?

Telecommuting also implies a major change in city layout. If one is not forced by the job to the central city, many people will move to the outer suburbs where the cost of lower-density housing is half to a third that of the central city. The high-cost housing crisis in much of the country may actually disappear.

It will be a replay of the 1950s and 1960s that saw the first rise of the suburbs and large increases in the standard of living. The first growth of the suburbs was because of the development of the automobile. The second growth will be driven by telecommuting.

These changes imply major changes in energy demand and the types of energy – including goals for a low-carbon economy.

There are always some victims in major upheavals. The first one may be the belief that mass transit is good for the planet. Mass transit may become viewed as a public health hazard for transmitting disease rather than a public good.

The technical solution is that buses, subways and even elevators may require real ventilation systems with down-flow air from ceiling to floor and high-efficiency particulate air filtration (HEPA) to reduce disease transmission risks.

It may also require metering of the number of people – no super packing of bodies into mass transit. Today auditoriums, restaurants and public meeting places have limits to the number of persons based on fire and other safety considerations. Similar requirements may be imposed on mass transit.

With housing shifts to the suburbs, even greater car ownership will occur. People will prefer vehicles that are not totally dependent on everything in society functioning properly, so there may be more diverse vehicles with different energy sources – plug-in EVs, hybrid cars, hydrogen, biofuels and traditional petroleum.

Engineers have long recognized the tradeoff between security and fire safety. If security controls design, each building would have only one entrance. If fire safety controls, the fire department would like doors to the outside from every room for fast evacuation.

The solution in large buildings results in expensive fire control and emergency systems. There is a similar set of tradeoffs between energy efficiency and stopping transmission of disease. Pandemics will force rethinking of larger buildings, including apartment buildings, and mass transit where disease transmission was never a consideration.

Aircraft are a special case. Air is pumped in from the outside and recirculated through filters with multiple zones. Relatively small changes may be needed. Have all air move through HEPA filtration and pushed through the vents above the passengers to flow downward to the floor and out.

Moving more industry back to the U.S. implies large increases in U.S. energy demand for heat. Today the industrial heat demand of industry in the U.S. is twice the total electricity output of the U.S.

Today’s nuclear reactors require three units of heat to make one unit of electricity, that is, they produce cheap heat but slightly more expensive electricity. In contrast, wind and solar PV produce electricity at the same cost, but very expensive heat.

We have the solutions to these new problems and, if we’re smart, we’ll eventually emerge with a leaner and meaner economy.