When disconsolate lovers light up a post-coital cigarette amid tousled bedclothes in a French New Wave film, the source of their angsty ennui is often, in some way or other, l’amour. But if it’s Hangzhou, China, in the late 2010s, as opposed to 1960s Paris, the source of the disaffection, and therefore the poetry, is much more obscure — despite an experimental edge that cannot but summon the early films of Godard and Truffaut with its black and white, jump cuts, negative reversals, non-sequitur edits, off-kilter framing and smoking habits so prevalent they take on an existential meaning of their own.

Zheng Lu Xinyuan’s impressive, all but inexpressive debut, goes by the appropriately enigmatic and smoky title “The Cloud in Her Room,” and won the top prize at the 2020 Rotterdam Film Festival. And it feels like the launch of an excitingly uncompromised, offbeat new talent, whose sensibility nods to both the modern slow-burn social realist tradition in China, and the classic European arthouse, without being beholden to either.

DP Matthias Delvaux’s monochrome photography is soft and mid-toned — if anything, often keyed more to the white than the black, so that, like in a beautiful and surprisingly explicit sex scene, entangled limbs and skin tones turn to alabaster. And then when, on occasion, the image is reversed into negative, the darks dominate: the muzzle flare from a welding iron is an inverse firework spilling globs of black down a stairwell. If individual images last longer with you than the slender skeins of narrative that run through Zheng’s screenplay, that does seem like a deliberate — and quite daring — choice on the part of a new filmmaker confident enough to build her film obliquely, and without the obvious storytelling scaffolding of plot and narrative arc.

It also makes “The Cloud in the Her Room” difficult to describe, except as a series of ephemeral encounters, mostly revolving around Muzi (Jin Jing), a slight, directionless 22-year-old in high-waisted pegged trousers and clumpy shoes, who is visiting her hometown of Hangzhou. Her divorced parents (Liu Dan and Ye Hongming) are each with new partners — the latest of several for both, apparently — and Muzi herself is juggling a semi-serious relationship with her Beijing photographer boyfriend Yu Fei (Chen Zhou) who follows her to Hangzhou unexpectedly, and a sort-of attraction to a worldly local bar owner (Dong Kangning).

There are docudrama-ish interludes which are almost like interviews with orbital characters. There’s a crisply designed, deceptively realist soundscape complemented by the sparing use of Tseng Yun-Fang’s hyper-modern, atonal music. And there are eccentric, lived-in moments that feel borderline autobiographical in their authenticity: Muzi’s little half-sister Niu (Wang Ruiwen) goes to an after-school class where, half-cutely, half-horrifyingly, children are learning to strike catwalk poses and to strut like models; Muzi goes on a walk with a gay friend (Wu Wei) through an abandoned construction that looks like a prehistoric cavern and occasions an argument between him and his boyfriend (Ding Yi) when he offhandedly proposes that she bear his child.

The very infrastructure of the city is reflective of Muzi’s melancholic state of mind: It’s in a constant flux of traffic and building work almost as though distracting itself from its gradual decline. This entropy is most clearly exemplified in Muzi’s childhood apartment, which is abandoned now, although still owned by her father. When she explores its small rooms alone, or later, with Yu Fei extolling its virtues like a realtor, the air of neglect is palpable. When she goes to open a window, the whole frame falls away.

It’s these sudden moments of vivid drama — the falling window, the sex scenes, the barroom discussions, the tussle between Muxi and her drunken mother after a karaoke night — that give the film such unusual texture. There are hard edges to bump against in the diaphanous fog of mood she sets up which give “The Cloud in Her Room” a freshness and a realness that stops it from floating away into wispy irrelevance. That said, with little forward momentum (the director is also co-editor and so dictates its noodling pace), there’s also little narrative reason why the film is not either 20 minutes or 500 minutes long — which is not necessarily a negative, but it does mean that the filmmaker is stating and restating her obscure thesis until the repetition, with only fractional shifts in mood, becomes the point. Episodic and experimental, lucid and then langorous, “The Cloud in Her Room” gives all it has to give from almost the moment it begins, and when it ends, it doesn’t really end, it simply stops.

‘All the Dead Ones’: Film Review 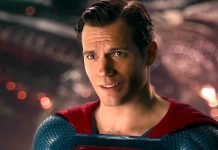 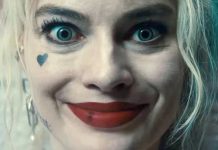 Yes, Birds Of Prey Had A Big Box Office Drop This Weekend, But Not The Worst 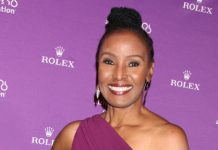 B. Smith, TV Host, Author and Restaurateur, Dies at 70

‘Our Cartoon President’ Boss R.J. Fried: ‘The World Feels More Cartoonish Than Ever’ 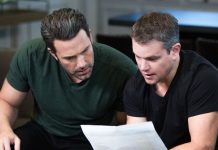 Why Ben Affleck Is Nervous To Film His New Movie With Matt Damon, Adam Driver, And Jodie Comer 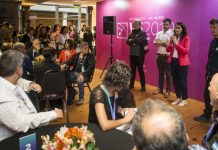 Constantin’s Martin Moszkowicz on the Berlin Market, Platforms, Theatrical and TV, and ‘Parasite’