In the aftermath of the racist shooting that killed 10 on Saturday in Buffalo, the director of the New York State Council of Churches, the Rev Peter Cook, has been a constant presence at prayer gatherings and public memorials.

The organization he leads represents eight denominations to New York state government; and he has the ear of political leaders, including Governor Kathy Hochul, in shaping the political response to a massacre that targeted the Black community of East Buffalo – one that has been met with expressions of faith alongside anger and distress.

Cook’s message is that it’s the responsibility of white Christian denominations to challenge white America’s relationship with God and guns that is intertwined with white supremacy. According to online postings, the alleged shooter, Payton Gendron, wanted to fashion America as a white-dominated, Christian nation.

Such extreme conservative views developed over time from President Nixon’s “southern strategy” to increase political support among white voters in the south by appealing to racism against Black people, tough-on-crime policies and anti-abortion sentiments. According to Cook, guns became ensnared in the strategy.

“It really gave tacit cultural permission to people of faith to own guns, so they conveniently worked their way into this religious freedom argument and conflated it with Christianity itself,” Cook said on Wednesday. “It doesn’t have any theological integrity to it at all, but we use the language of faith to acquire power and to further white supremacist notions.”

Drawing attention to the marriage between faith and guns comes with political risk, as the then Democratic party presidential hopeful Barack Obama found in 2008 when, in an unscripted moment, he took aim at white working-class voters in old industrial towns decimated by job losses. “They get bitter, they cling to guns or religion or antipathy to people who aren’t like them or anti-immigrant sentiment or anti-trade sentiment as a way to explain their frustrations,” Obama said in remarks that his rivals pounced on.

How to detach gun ownership from being a marker of Christian faithfulness, and the accompanying politicization, concerns Cook. Without knowing Gendron’s faith background, he said the accused shooter “really stepped into that political slew of white nationalists, another derivation of the southern strategy, advanced also in … looking to preserve the sense of a white, Christian nation and of the original founders being white, Christian men, being representative of what America is”.

Some Black churches, Cook said, have had to accommodate the language of things like “tough on crime”, and the increase in mass incarceration under Bill Clinton, in order to maintain their own political influence and power.

In the Buffalo massacre’s aftermath, most denominations have come out with strong statements against violence and are advocating for federal legislation to require a universal gun background check, prohibit purchasing firearms at gun shows and ban semi-automatic weapons. In New York, they are pushing for legislation to stop guns from being imported from states with laxer gun laws.

“I think for the church, with a number of exceptions because gun culture infuses Christianity, we need the strongest gun laws we can think of,” Cooks says. “We don’t think much of the second amendment.”

Attempts to forge stronger relationships between churches and gun control advocates have proceeded slowly. Two years ago, Everytown for Gun Safety began an interfaith effort with more than a dozen religious leaders to boost election turnout in support of candidates who support anti-gun violence measures. The group’s partners include representatives from Christian, Jewish, Muslim, Hindu and Sikh backgrounds.

“Churches, especially white evangelical churches, have largely ignored this question – I think, much to their own detriment and to the detriment of the people they’re called to serve,” said the Rev Rob Schenck at the time.

Schenck, a former evangelical anti-abortion activist who shifted to support abortion rights, described gun violence as a “life-or-death issue”, making it essential to include gun control in “pro-life” agendas.

Others who have taken up that call include the Rev Traci Blackmon, who became prominent after police fatally shot Michael Brown in Ferguson, Missouri, in 2014. Blackmon is expected in Buffalo this weekend as the funerals of the Tops Friendly Market shooting victims begin.

Cook said he was appalled when a church in his region held a fundraising raffle for an AK-47.

The effort to detach guns from faith within church leadership and congregations may need an assertive voice which links pastoral care to larger structural questions while being resilient to inevitable political pushback.

Cook alluded to Dietrich Bonhoeffer, the German Lutheran pastor and theologian who opposed the Nazis.

“It’s going to come from a lot of conversation and teaching within the church and really getting people within the faith to act on their faith and really weigh in on these policy questions,” Cook said. “That’s a really hard thing to do, but I think if there were more people within our congregations who paid attention to this stuff and really put the pressure on Congress and their legislators to pass tough gun laws that could be really important.”

But Cook concedes that could be tough.

“It starts with straight-up, honest conversations within our churches and getting people to get out of their pews, get out here, and show up at rallies, be present and listen to people, listen to their pain,” Cook said. “A lot of times churches can be a little insular.

“We’re debating what color we should have for the carpet and what kind of coffee we’re going to serve at coffee hour. We’ll preach about loving thy neighbor and non-violence, but how that really translates to people’s personal and collective lives is complicated.” 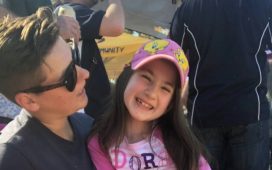 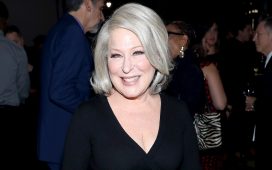 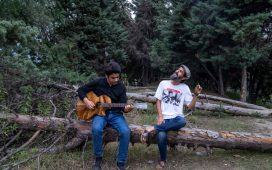 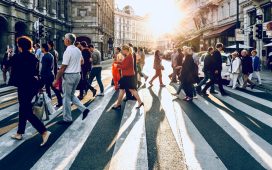 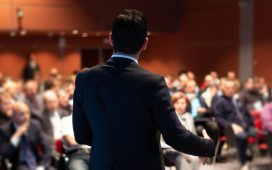