Late at night on January 22nd, Wang Fang, a prize-winning Chinese novelist, drove to Wuhan Tianhe airport to pick up her adult daughter, who was returning from a trip to Japan. It was three days before Chinese New Year, but there were hardly any cars or pedestrians on the street. At the airport, Wang noticed that almost everyone wore face masks. The place was near-silent, radiating an eerie anxiety. Just two days earlier, a top disease-control expert had confirmed that the SARS-like virus spreading through Wuhan could be transmitted between humans.

Around 11 p.m., Wang’s daughter emerged from the terminal. In the car, the two kept their masks on, and said little. Wang reached home around 1 a.m. and saw the news: the city was under lockdown, effective immediately. Wang had heard speculation about this possibility, but she thought it was unlikely—how do you shut down a city of eleven million people?

Wang, who is sixty-five, couldn’t focus on the novel she was working on, and, on the third night of lockdown, she typed up a four-paragraph blog entry and posted it on Weibo, a Twitter-like platform, where she has about 4.8 million followers. “I really should start writing about what is happening. It would be a way for people to understand what is really going on here on the ground,” she wrote. Her posts became a daily ritual; they grew longer, her tone more forceful. Almost immediately, the essays drew a large following—some readers professed that they would stay up until a post was published, unable to sleep until they’d read that day’s entry—and also attracted censorship and vicious criticism. In May, HarperCollins published “Wuhan Diary,” an English translation of her collection of lockdown essays.

The first few days, Wang wrote, were spent in “a state of utter panic.” The virus overwhelmed Wuhan’s medical system and continued to “roam the city like an evil spirit,” she wrote, “appearing whenever and wherever it pleases.” In one of her most widely quoted observations, she stated, “One speck of dust from an entire era may not seem like much, but when it falls on your head it’s like a mountain crashing on you.” In shock and anger, Wang admitted that, just a few weeks before the lockdown, she had reassured her friends who mentioned rumors of a novel virus, telling them, “The government would never dare to try to conceal something so huge.” Wang, like most Chinese people, is not unfamiliar with censorship: she had seen social-media posts scrubbed from the Internet, and her recent novel, which explored a family’s trauma from the land-reform movement in mid-century China, had been pulled from bookstores. Still, Wang thought that when it came to “a critical event” such as an incipient pandemic, the government would err on the side of transparency and common sense. She felt betrayed by bureaucratic inaction in the early days of the virus, and by official statements claiming that the coronavirus was “not contagious between people” and “controllable and preventable.” These prevarications, Wang wrote, “have transformed Wuhan into a city of blood and tears filled with endless misery.”

A lifelong resident of Wuhan, Wang is a prolific writer under the pen name Fang Fang, which means “being square.” Her essays and novels center on working-class characters and urban intellectuals. For the past thirty years, she has lived in an apartment compound for employees of the provincial Literary and Arts Federation; though Wang is not a government official, she is a fixture in Hubei Province, where she has participated in the annual congress meetings for a quarter century. Even now, she does not consider herself to be an opponent of the government. She is largely satisfied with how China handled the epidemic following its initial stupor. “Everybody knows that once something in China is taken up at the national level, everyone will step up and do what needs to be done,” she wrote.

Wang’s detractors, including those in Chinese state media, accused her of sabotaging an early collective effort against the pandemic with her posts. Within a few days of starting her diary, her Weibo posts attracted tens of thousands of shares and comments, and censors started deleting them. By early February, her Weibo account was suspended altogether. Then began a game of whack-a-mole: first, she switched to posting on WeChat, a more private platform; when she had difficulties posting on WeChat, she asked a fellow-writer to post daily entries on her behalf. Deprived of her platform, Wang was relieved to see her readers turning her essays into samizdat.

Offline, her quotidian struggles continued. She was stranded at home, alone with a sixteen-year-old dog with skin issues. She begged her daughter not to get takeout and dictated a cabbage recipe on the phone. She assessed the decisions of her neighbors, who ordered “entire cases of beer and other things they don’t really need.” She rationed her diabetes pills for fear of running out, and, when she went to the pharmacy to pick up a refill, she found the streets populated only by deliverymen, sanitation workers, and the police. “The city isn’t the purgatory that a lot of people seem to be imagining it to be. It is instead a rather quiet and beautiful, almost majestic, city,” she wrote. “But all that changes the second someone in your family falls ill.” A neighboring couple fell sick; both were hospitalized. Death started to close in on her: more friends, an old classmate, and members of the local art scene—a film director and a painter.

From her window, Wang watched winter turn into spring. A few old camphor trees, two osmanthus trees, and one magnolia produced “a rich blanket of leaves,” and magpies hopped around the branches. One day, she and a friend talked about the clouds overhead. “The clouds today have a lot of character,” she thought. “I wondered what kind of weather could form clouds like that.”

After some sixty entries, Wang’s diary came to an end in late March, as Wuhan geared up for a gradual reopening. As the rest of the world went into lockdown, what her diary documented saw grim repetitions elsewhere: initial denial of the pandemic, attempts to avoid responsibility (President Trump repeatedly labelled the coronavirus as “the Chinese virus”), outright lies. Wang’s quarantine chronicles may be more striking to Chinese readers than American ones: in the U.S., people challenge their government daily on Twitter and elsewhere. But, as government officials and law enforcement continue to crack down on people expressing dissent in the streets of American cities, Wang’s book remains a glimpse into a distressing future.

A Guide to the Coronavirus

What Do College Students Think of Their Schools’ Reopening Plans? 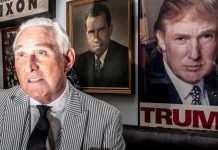 The Roger Stone Case Shows Why Trump Is Worse Than Nixon 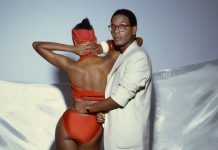 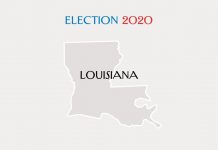 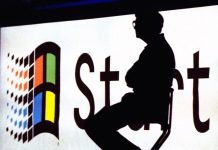 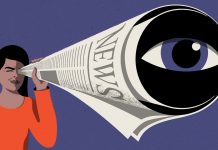 How Can the Press Best Serve a Democratic Society? 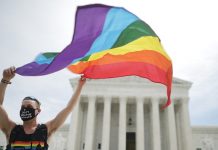 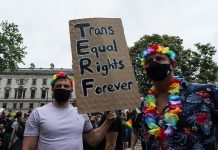 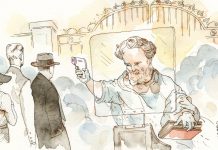 At the Pearly Gates