The catch in Manchin's energy deal

Permitting reform is the only one not included in the bill itself. Instead, lawmakers plan to attach it to a government funding bill in September. That measure must pass by Sept. 30 to keep the government running, and Democrats hope the permitting bill can hitch a ride.

But what exactly the permitting package contains is up in the air, and it could be a difficult political road to the necessary 60 votes in the Senate.

Why does permitting matter?

To become reality, energy projects of all stripes must navigate a host of federal and state environmental rules in a process that can take years. Manchin is particularly interested in clearing the backlog for fossil fuel projects, but clean energy developers have to go through the labyrinth, as well.

That’s the hook for many Democrats. While they’re not eager to ease the path for fossil fuels, they are talking up the prospect of eliminating bureaucratic hurdles for clean energy and transmission.

That could be important, since the proposed investment tax credit for power line projects fell out of the final climate deal.

Republicans, meanwhile, have long supported permitting reforms, and the eventual bill could mirror proposals that date to the Trump administration.

GOP lawmakers haven’t closed the door, but they’re bitter that Democrats may succeed at passing the Manchin-Schumer clean energy bill. They’re also waiting to see whether the contents of the bill line up with their views.

“If it’s passed to something else that we’re going to vote for, and otherwise that bill stands on its merits, of course I’d support it,” Sen. Bill Cassidy (R-La.) said last week.

The permitting deal also could end up in tension with progressives’ goals for environmental justice: giving communities more input on where polluting facilities are located and better ability to sue if something goes wrong.

That is unlikely to derail the legislation. Still, House Natural Resources Chair Raúl Grijalva (D-Ariz.) said he would try to influence a bill that he worries could hurt communities in the scramble to build energy projects.

“You want to sweetheart somebody to get a vote, I understand that,” he said. “But don’t take the rest of us down with you.”

It’s Monday — thank you for tuning in to POLITICO’s Power Switch. I’m your host today, Nick Sobczyk. Arianna will be back soon! Power Switch is brought to you by the journalists behind E&E News and POLITICO Energy. Send your tips, comments, questions to [email protected]

A wildfire burning in Northern California blew up over the weekend to more than 52,000 acres, according to the U.S. Forest Service, becoming the state’s largest wildfire so far this year.

The McKinney Fire burning in Klamath National Forest has forced some 2,000 evacuations. Two people were found dead in a car off California Highway 96 in the fire’s path, the Siskiyou County Sheriff said.

Extreme drought fueled by climate change contributes to the lengthening wildfire season across the West. Persistent dry conditions and gusty winds helped the McKinney Fire grow over the weekend, the Forest Service said.

Heat threatens the grid
Extreme heat around the country this summer is straining the grid, offering a look into new risks for the nation’s power supply in a hotter world, write a team of five E&E News reporters.

High temperatures can cause trouble for both fossil fuel and renewable power generation.

With $369 billion for clean energy, manufacturing and electric vehicles on the line, companies with interests in West Virginia launched a campaign to press for a deal.

That included calls from Bill Gates and economist Larry Summers, as well as conversations with fellow Democratic senators. Here’s the story.

Coal is the new gas
The war in Ukraine is threatening Europe with a coal shortage in a region already struggling to shore up gas supplies ahead of winter, writes Victor Jack.

EU countries have tried to shun the fuel in their efforts to cut emissions, but several are bringing coal power back online or increasing capacity amid the energy crunch.

With sanctions on Russian coal set to begin Aug. 10, Poland and Germany could feel the pinch. Read more here.

Oil money: Oil companies have given a higher share of their campaign contributions to Democrats so far this election cycle than they did in 2018 or 2016, despite the Biden administrations attempts to move to cleaner energy.

Today in POLITICO Energy’s podcast: Josh Siegel and Ben LeFebvre talk about “Easter eggs” for the oil and gas industry in the “Inflation Reduction Act.”

A novel lawsuit by the White Earth Band of Ojibwe against the Line 3 oil pipeline, alleging violations of tribal rights, hit a snag in court last week.

The Nuclear Regulatory Commission has approved NuScale Power’s small modular nuclear reactor design, the first to be cleared in the United States and a major milestone for the industry. 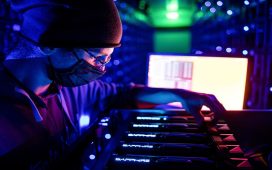 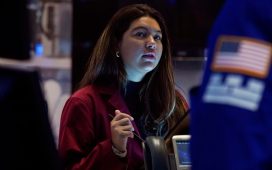 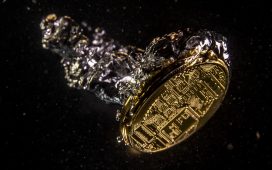 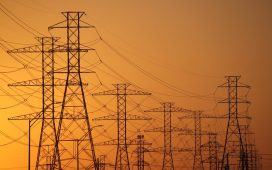 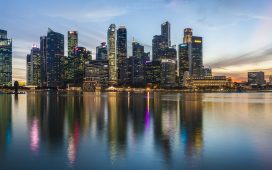 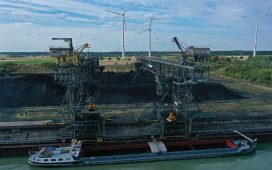 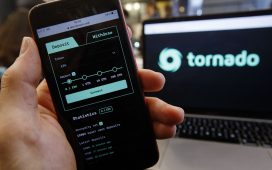 What's next for the climate bill