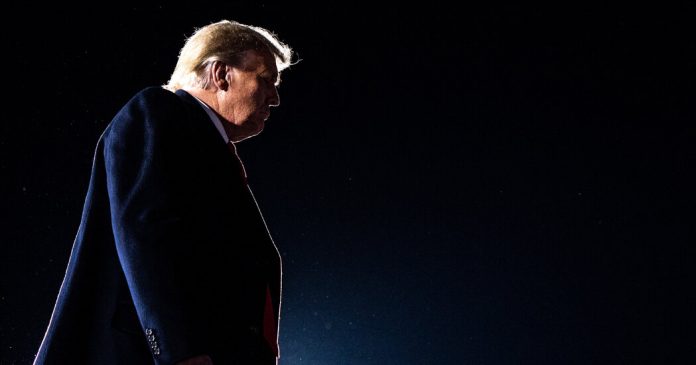 In the remaining days of his administration, President Trump is rushing to put into effect a raft of new regulations and executive orders that are intended to put his stamp on business, trade and the economy.

Previous presidents in their final term have used the period between the election and the inauguration to take last-minute actions to extend and seal their agendas. Some of the changes are clearly aimed at making it harder, at least for a time, for the next administration to pursue its goals.

Of course, President-elect Joseph R. Biden Jr. could issue new executive orders to overturn Mr. Trump’s. And Democrats in Congress, who will control the House and the Senate, could use the Congressional Review Act to quickly reverse regulatory actions from as far back as late August.

Here are some of the things that Mr. Trump and his appointees have done or are trying to do before Mr. Biden’s inauguration on Jan. 20. — Peter Eavis

Prohibiting Chinese apps and other products. Mr. Trump signed an executive order on Tuesday banning transactions with eight Chinese software applications, including Alipay. It was the latest escalation of the president’s economic war with China. Details and the start of the ban will fall to Mr. Biden, who could decide not to follow through on the idea. Separately, the Trump administration has also banned the import of some cotton from the Xinjiang region, where China has detained vast numbers of people who are members of ethnic minorities and forced them to work in fields and factories. In another move, the administration prohibited several Chinese companies, including the chip maker SMIC and the drone maker DJI, from buying American products. The administration is weighing further restrictions on China in its final days, including adding Alibaba and Tencent to a list of companies with ties to the Chinese military, a designation that would prevent Americans from investing in those businesses. — Ana Swanson

Defining gig workers as contractors. The Labor Department on Wednesday released the final version of a rule that could classify millions of workers in industries like construction, cleaning and the gig economy as contractors rather than employees, another step toward endorsing the business practices of companies like Uber and Lyft. — Noam Scheiber

Trimming social media’s legal shield. The Trump administration recently filed a petition asking the Federal Communications Commission to narrow its interpretation of a powerful legal shield for social media platforms like Facebook and YouTube. If the commission doesn’t act before Inauguration Day, the matter will land in the desk of whomever Mr. Biden picks to lead the agency. — David McCabe

Taking the tech giants to court. The Federal Trade Commission filed an antitrust suit against Facebook in December, two months after the Justice Department sued Google. Mr. Biden’s appointees will have to decide how best to move forward with the cases. — David McCabe

Adding new cryptocurrency disclosure requirements. The Treasury Department late last month proposed new reporting requirements that it said were intended to prevent money laundering for certain cryptocurrency transactions. It gave only 15 days — over the holidays — for public comment. Lawmakers and digital currency enthusiasts wrote to the Treasury secretary, Steven Mnuchin, to protest and won a short extension. But opponents of the proposed rule say the process and substance are flawed, arguing that the requirement would hinder innovation, and are likely to challenge it in court. — Ephrat Livni

Limiting banks on social and environmental issues. The Office of the Comptroller of the Currency is rushing a proposed rule that would ban banks from not lending to certain kinds of businesses, like those in the fossil fuel industry, on environmental or social grounds. The regulator unveiled the proposal on Nov. 20 and limited the time it would accept comments to six weeks despite the interruptions of the holidays. — Emily Flitter

Overhauling rules on banks and underserved communities. The Office of the Comptroller of the Currency is also proposing new guidelines on how banks can measure their activities to get credit for fulfilling their obligations under the Community Reinvestment Act, an anti-redlining law that forces them to do business in poor and minority communities. The agency rewrote some of the rules in May, but other regulators — the Federal Reserve and the Federal Deposit Insurance Corporation — did not sign on. — Emily Flitter

Insuring “hot money” deposits. On Dec. 15, the F.D.I.C. expanded the eligibility of brokered deposits for insurance coverage. These deposits are infusions of cash into a bank in exchange for a high interest rate, but are known as “hot money” because the clients can move the deposits from bank to bank for higher returns. Critics say the change could put the insurance fund at risk. F.D.I.C. officials said the new rule was needed to “modernize” the brokered deposits system. — Emily Flitter

Narrowing regulatory authority over airlines. The Department of Transportation in December authorized a rule, sought by airlines and travel agents, that limits the department’s authority over the industry by defining what constitutes an unfair and deceptive practice. Consumer groups widely opposed the rule. Airlines argued that the rule would limit regulatory overreach. And the department said the definitions it used were in line with its past practice. — Niraj Chokshi

Rolling back a light bulb rule. The Department of Energy has moved to block a rule that would phase out incandescent light bulbs, which people and businesses have increasingly been replacing with much more efficient LED and compact fluorescent bulbs. The energy secretary, Dan Brouillette, a former auto industry lobbyist, said in December that the Trump administration did not want to limit consumer choice. The rule had been slated to go into effect on Jan. 1 and was required by a law passed in 2007. — Ivan Penn 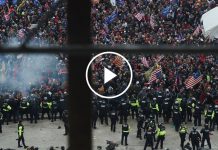 How Police Tried but Failed to Protect the Capitol 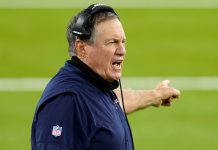 Trump to honor Belichick with Presidential Medal of Freedom 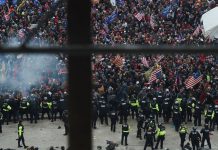 How a String of Failures Led to the Capitol Siege 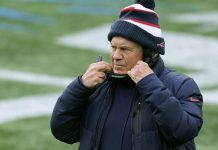 Bill Belichick to get Presidential Medal of Freedom 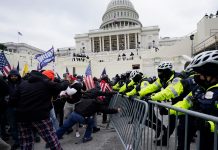 The unfolding of 'home-grown fascism' in Capitol assault 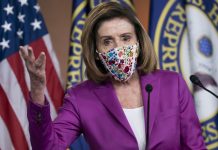 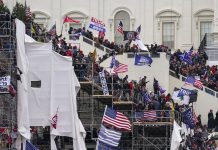 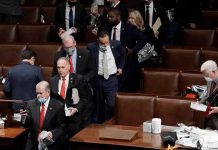 Lawmakers may have been exposed to the coronavirus while sheltering during the Capitol riot, a doctor says.