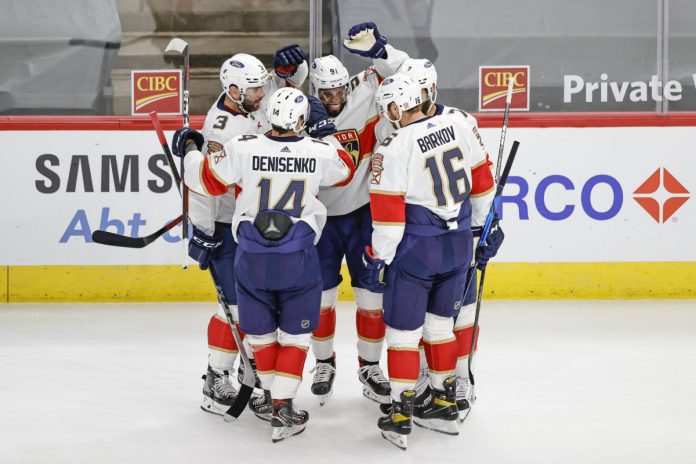 It’s hard to envision a more disappointing end to 2020-21 for the Florida Panthers. Despite finishing the regular season with the best points percentage in franchise history and home-ice advantage in the first round of the playoffs, they made it no further than that first round, losing to the archrival Lightning in six games.

It was an explosive, contentious series between two teams with hatred for one another; whichever team came out the worst was always going to be left feeling bitter. The Panthers especially so, since they’ve been relegated to little-brother status for most their existence, compared to their more successful in-state rivals. Some Panthers fans also felt slightly aggrieved by the convenient playoff returns of Tampa’s Nikita Kucherov and Steven Stamkos and because Florida’s Sam Bennett drew the fiery series’ only suspension.

But there is still much to feel good about in South Florida. The sun will rise tomorrow. Plus, there’s the whole living (and winning) in paradise thing.

The Panthers were the NHL’s hottest team after the April 12 trade deadline, despite being without captain and franchise cornerstone Aaron Ekblad for that entire period. Ekblad suffered a broken leg March 28 against Dallas and was quickly ruled out for the season.

That could well have buried the Panthers. But they battled back as a team, thanks in no small part to their trio – it would soon become a quartet – of cast-offs who shone in the Sunshine State.

Anthony Duclair, Carter Verhaeghe, Patric Hornqvist and, after the deadline, Bennett all found roles to play in Florida despite falling out of favor with their previous teams. Moving forward, they have a home in Florida.

That group, coupled with foundational franchise pillars like Aleksander Barkov, Jonathan Huberdeau and Aaron Ekblad make for a very bright future for Florida.

You already know about Barkov’s two-way wizardry, Huberdeau’s magic hands and Ekblad’s excellence on the back end, so let’s investigate the other four.

We’ll start with Duclair. He’s had a vexing career. He’s 25, and the Panthers are already his sixth NHL team. He’s shown flashes of brilliance but hasn’t been able to sustain it. He played 18 games with the Rangers during his age-19 season yet found himself dealt to the desert shortly after. He had 44 points in 81 games as a 20-year-old in Arizona, then took 123 games to match those 44 points over the next two-plus years with Arizona, Chicago and Columbus.

Still, he probably deserved a better fate than the 2020 off-season. Duclair spent 2019-20 with Ottawa, scoring 23 goals and 40 points in 66 games. It was the best season of his career, though he struggled down the stretch. Regardless, he was on track for a good deal with some term. Then COVID hit, and the free-agent market took a massive downturn. Ottawa chose not to qualify Duclair and he became a UFA, eventually signing a one-year, $1.7-million deal with Florida.

Duclair played on the Panthers’ top line with Barkov and fellow cast-off Verhaeghe. And they were one of the NHL’s best lines. Duclair put up 10 goals and 32 points in 43 games. His points-per-game average of 0.74 was the best of his career to date. He also took a step forward in terms of consistency compared to his prior career-best season with Ottawa. In 2019-20, Duclair was held pointless in 59 percent of games, while this year, it was 48 percent of the time. Still not ultra-consistent but consider this: Duclair had an on-ice expected goals-for rate of 2.9 per 60 minutes. That was eighth-best of all players with at least 400 minutes at 5-on-5 this year. He could easily have had fewer pointless nights. His CF%, HDCF% and xGF% were also all career highs by far.

Duclair is an RFA this off-season and should be back in Sunrise next year. His chemistry with Verhaeghe and Barkov alone is worth it. But if not, maybe we’ll soon see the Travelling Dukes.

If you read that last bit and were wondering who had the best on-ice xGF/60 in the NHL among qualified players, it was fellow cast-off Verhaeghe (3.09). It was still Verhaeghe even if you weren’t wondering. I wrote about him in-depth in an article you can read here. So, to keep it short, Verhaeghe was one of the breakout stars of the year in the NHL after coming over from Tampa during the off-season. He has one year left at one million. He’ll be a staple moving forward.

Hornqvist was the final off-season pickup of the bunch. He came to Florida via a Sept. 24, 2020 trade with Pittsburgh. Mike Matheson and Colton Sceviour headed the other way.

Hornqvist signed a five-year, $26.5-million pact with Pittsburgh on Feb. 26, 2018, during a 29-goal, 49-point regular season. The 29 goals were the second-most in his career. The Penguins were also coming off back-to-back Stanley Cups in 2016 and 2017 to which Hornqvist greatly contributed.

The next two seasons weren’t as fruitful for the Swede. His 2018-19 season bore the worst points-per-game average of his career outside of his 28-game rookie campaign. He was better in 2019-20, but the season was still in the bottom half of his career in terms of points per game.

Now, Hornqvist’s game has never been defined solely by point production. For most of his career, Hornqvist was a significant positive in possession. Before 2018-19, his career CF% at 5-on-5 was 53.47. The 2018-19 and 2019-20 seasons were the third-worst and career-worst CF% seasons of Hornqvist’s career, respectively at 51.37 and 49.53. For a guy with his playstyle and at his age, it was a concerning regression for Hornqvist.

In the regular season, Hornqvist played with Huberdeau and Alex Wennberg. Late in the season, after the acquisition of Bennett and with injuries to several Panthers forwards, things were shaken up. In the playoffs, Hornqvist played mostly third-line minutes with Wennberg and Frank Vatrano. As Hornqvist finished tied for third in team playoff scoring with two goals and five points in six games, that grouping worked too.

Hornqvist has two years left at an AAV of $5.3 million. He appears to have been rejuvenated by the move to South Florida. He’ll be a key veteran for next year’s presumed post-season run.

Finally, there’s the in-season acquisition: Bennett. He has by far the smallest sample size with the Panthers, so we’ll keep it brief. Bennett struggled the past several seasons with Calgary, falling out of favor with the organization that drafted him 4th overall in 2014. Bennett posted just 12 points in 38 games for the Flames in 2020-21 but exploded offensively when paired with Huberdeau and Duclair/Owen Tippett in Florida. Bennett had 15 points in just 10 games as a Panther in the regular season and added five more in five playoff games. He must clean up his game, though. He had a penchant for costly, offensive-zone penalties in Calgary. He took two penalties which resulted in PP goals against in Game 1 of the playoffs and earned a suspension for his hit on Blake Coleman.

Bennett is an RFA this off-season; Florida must qualify him at his current salary of $2.55 million. He should be back next year. The change of scenery appears to have done him well, and he can hopefully continue to show what made him a top-four pick. He’ll be 25 in June. 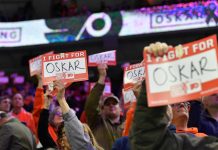 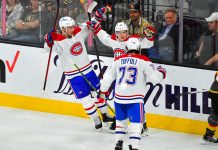 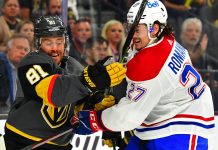 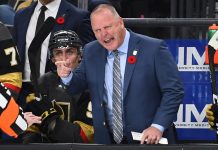 The Hockey News Podcast: Will Gerard Gallant Lead the Rangers to the Playoffs? 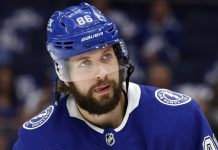 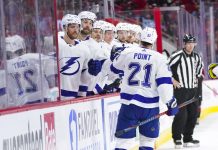 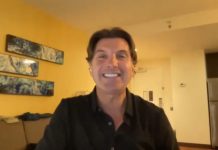 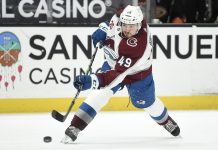 Could the Avalanche Shop Samuel Girard? 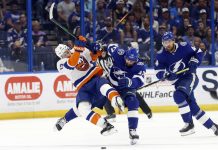 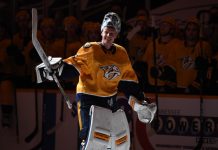 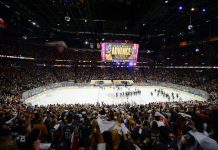 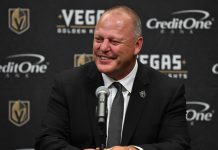