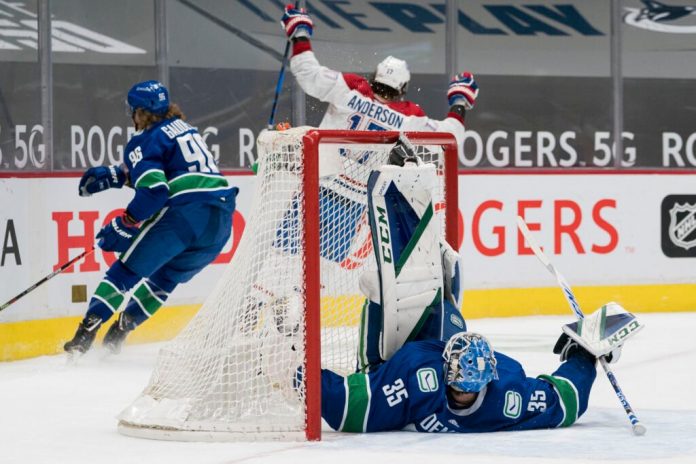 In a season just six games old, it’s hard to imagine saying the Canucks have hit rock bottom, yet here we are.

You know that scene from The Office where Dwight holds a fire alarm drill? He locks all the doors and starts sending in smoke into the office to see how his co-workers react?

Thursday’s game was that same scene, except the fire was real, and Tyler Toffoli started it.

You could almost picture Canucks players pondering leaping out of the window to escape the 7-3 beating handed out by the Montreal Canadiens.

And yes, it’s true, the Canucks had an uphill battle heading into the game. With Alex Edler and Travis Hamonic sitting out due to injuries, and with Jalen Chatfield leaving the game to hang out with our old friend UBI, they had a tough fight ahead of them.

Yet somehow it still felt disheartening to watch the effort put forth by the team as the game wore on.

It was yet another night in which the goalies…