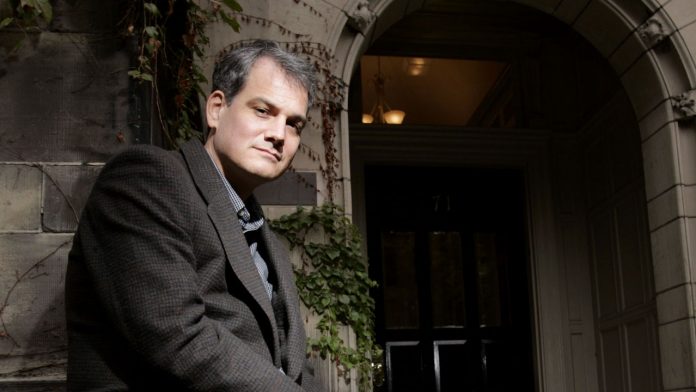 In the opening pages of Philip Roth’s novel “I Married a Communist,” from 1998, Nathan Zuckerman delivers a panegyric on his first high-school English teacher. “His special talent was for dramatizing inquiry, for casting a strong narrative spell,” Zuckerman, Roth’s frequent alter ego, explains. Mr. Ringold “brought with him into the classroom a charge of visceral spontaneity that was a revelation to tamed, respectablized kids.” Zuckerman continues:

You felt, in the sexual sense, the power of a male high school teacher like Murray Ringold—masculine authority uncorrected by piety—and you felt, in the priestly sense, the vocation of a male high school teacher like Murray Ringold, who wasn’t lost in the amorphous American aspiration to make it big, who—unlike the school’s women teachers—could have chosen to be almost anything else and chose instead, for his life’s work, to be ours. All he wanted all day long was to deal with young people he could influence, and his biggest kick in life he got from their response.

“I Married a Communist” was Roth’s direct reply to “Leaving a Doll’s House,” the memoir by his former wife, the actress Claire Bloom, who portrayed him as an adulterous misogynist with a cruel fixation on her teen-age daughter, Anna Steiger. In Roth’s novel, it is the brawny, sainted Ringold, a nonagenarian survivor of McCarthy-era purges, who delivers lengthy diatribes against Eve Frame and her daughter, Sylphid, the barely disguised stand-ins for Bloom and Steiger (e.g., “Nothing is clearer than how uncurbed the two of them are with their overwrought emotions”). Roth translated his feelings of victimization at Bloom’s hands into a tale of HUAC-era paranoia and persecution, in which Murray Ringold is one of the martyrs. As Blake Bailey writes in “Philip Roth: The Biography,” Roth based the character on his homeroom teacher at Weequahic High School, in Newark, who won his students’ admiration with what Roth called his “combination of braininess and masculinity,” and who, just like Ringold, lost his teaching job for six years after invoking the Fifth Amendment at a HUAC hearing. “Maybe they came after me,” Ringold muses, “because I never behaved the way a teacher was supposed to behave.”

It is unclear if, or to what extent, Roth knew that his biographer, too, had once cast himself in the role of the unorthodox, forcefully charismatic high-school teacher. Last week, Norton withdrew “Philip Roth: The Biography” from print, following reports that Bailey had groomed students as an eighth-grade English teacher at Lusher Extension, in New Orleans, and later raped two women, one of them a former student; another past student has accused him of attempted rape. (In an e-mail to me, Bailey wrote, “I have categorically denied these libelous allegations, and my denial stands.”)

Then Slate published a devastating pair of pieces—one of them a report by Josh Levin, Susan Matthews, and Molly Olmstead that drew on extensive interviews with Lusher alumni, the other a first-person essay by one of Bailey’s alleged victims, Eve Crawford Peyton—that compiled a forensic account of how Bailey methodically won, manipulated, and betrayed the trust of the young people he taught. “He made his students feel like grown-ups: He cursed in front of them, told off-color jokes, and acknowledged the existence of sex,” Levin, Matthews, and Olmstead wrote. Chillingly, Bailey assigned them to keep journals, and scrawled copious, often suggestive responses in red pen, prying into their crushes and insecurities. “Our homework was to bare our souls to him,” Mary Laura Newman, a former student, told Slate. “In eighth grade, you are craving that sort of attention that says, I am not just a kid anymore. I am a person. I’m somebody who’s becoming an adult. And so to be treated that way is very satisfying, and very seductive.” Years later, after Newman had graduated from college, Bailey reached out to her; during their subsequent meeting, according to Newman, he made unwelcome sexual advances, including kissing her against her will.

In the hours and days after the Slate pieces went up, details fanned out on social media and in countless group texts, in what felt like a collective avowal of a long-held open secret: that Mr. Bailey was a type, a stock character; that perhaps every American high school has its version of Mr. Bailey—passionate and bumptious, electrified with Ringold’s same selfless wish to dominate his students—or even more than one, some of them perfectly innocent, others merely creepy, all of them now suspect.

It would be a mistake to conflate Bailey and Roth, or Bailey and any of Roth’s fictional creations: Ringold, whose worst transgression is to throw blackboard erasers at unruly students, is otherwise a model of rectitude, a devoted family man—which is why he makes a trustworthy mouthpiece for the novel’s denunciations of Frame, the Claire Bloom stand-in. Roth behaved badly on many occasions, but his personal shortcomings (enumerated in exhaustive detail in Bailey’s book) do not approach what Bailey stands accused of. What the two men appear to have shared—which hardly made them outliers among their peers—was a reflexive belief in a certain kind of male impunity, one that shaped, albeit to very different degrees, their behavior, Bailey’s biography of Roth, and Roth’s own writing.

In recent years, multiple novels written by women have centered the dynamic male teacher who preys sexually on his teen-age-girl students, including “His Favorites,” by Kate Walbert; “Trust Exercise,” by Susan Choi; “The Question Authority,” by Rachel Cline; and “My Dark Vanessa,” by Kate Elizabeth Russell. (I have also written such a novel, which was published earlier this year.) The trope is common enough, in fact, that it may demand defamiliarizing—Choi achieves this through a series of formal backflips that upend the reader’s hold on identities and narratives. Perhaps it’s easier to confront the teacher-groomer in fiction, which grants the writer the safety and privacy to animate what must otherwise go unspoken. It may be grimly useful to novelists, too, that the teacher in question seems so often to be an English teacher, someone who can gain psychological and emotional access to his students in part by how they engage with the assigned texts—who can steal inside a young person’s head even as she is absorbed in the ostensibly solitary acts of reading and writing.

One of the saddest linkages in these tales, from both art and life, is how the groomer coaxes his students to express themselves, through writing or performance, as a shadow intelligence-gathering mission. The journaling assignments are one diabolical example. In another, which Caryn Blair recounted to Slate, Bailey allegedly pressured her to sing “I Feel Pretty” as part of a class skit, despite her protestations, and “had Caryn practice, just for him, in the stairwell outside of the classroom.” Seven years later, Bailey reportedly attempted to rape her. (In my novel, a teacher repeatedly forces the student he is grooming to sing: in front of him, alone, as an intimacy—and, later, in front of her classmates, as a humiliation. When I reached the “I Feel Pretty” passage in the Slate piece, the room around me began spinning, and I had to stop reading for a moment.)

The winning and sharing of trust is central to teaching and biography (and journalism). In any of these realms, though, the sharing of confidences can shade into complicity. As Parul Sehgal points out in her Times review, Bailey said that he clinched the job as Roth’s authorized biographer when the two men bantered about Roth’s regrets that he had not dated the actress Ali MacGraw. Many women will recognize this specific variation of masculine chumminess, one that both objectifies and excludes. Bailey evidently offered his female students something different: he presented himself as their friend, their champion, the person who honored their maturity with a naughty joke. He was on their side. Newman, according to Slate, “remembers writing in her eighth grade journal that she might want to be a flight attendant, and him joking back that it was a job that lent itself to promiscuity.” As a thirteen-year-old becoming more conscious of sex and desire, Newman said, such acknowledgment of adolescent sexuality by an adult made her, and her classmates, “feel more seen, and more respected.” “Ah, Eveness,” Bailey wrote in Eve Peyton’s journal, “PLEASE don’t worry about middle school. You’re destined for better things. As Nick said to Gatsby, ‘You’re worth the whole damn bunch put together.’ ”

As with the cascade of #MeToo revelations in late 2017, what is dizzying about the Bailey story is the strange and contradictory shock of the familiar: the thing you’ve spent years or decades turning away from remains the thing that’s always in front of you. Under these circumstances, much of life becomes avoidance and deflection—or, to an unsympathetic observer, a refusal to see the world as it is, a sickening naïveté. “What is wrong with you? You just don’t know how the game is played,” Bailey allegedly seethed at Peyton after he stopped raping her. Roth, responding to Bloom’s accounts of his philandering, wrote, “This is what people are. This is what people do.” 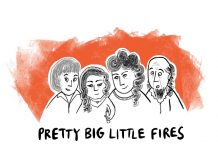 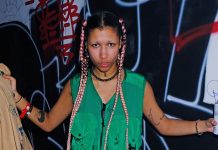 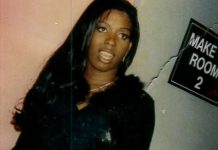 I’m a Trans Woman Locked in a Men’s Prison. I’m Fighting to Be Free 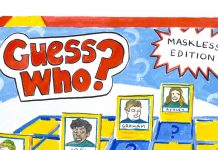 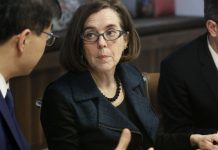 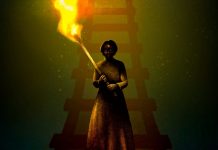 The Achievement of Barry Jenkins’s “The Underground Railroad” 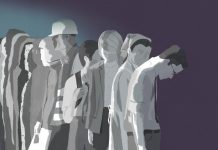 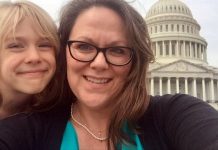 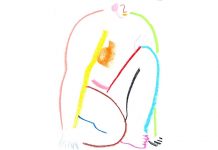 The Joys and Fears of Transitioning During a Pandemic 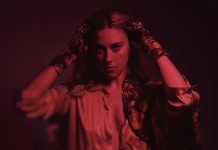 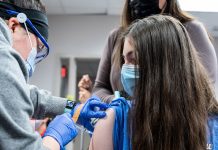 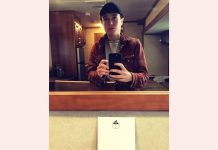