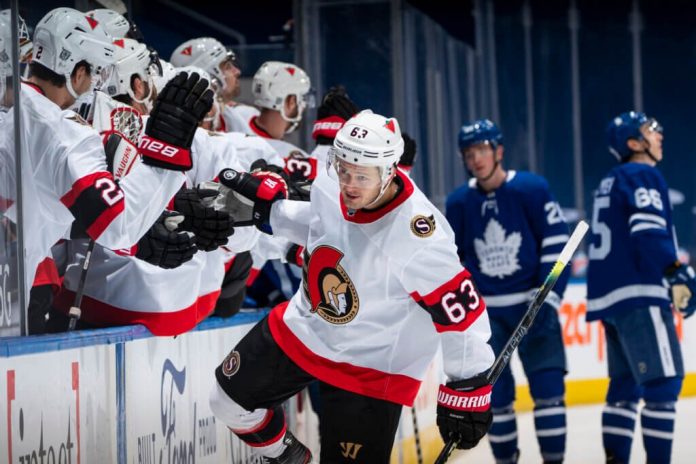 According to Evolving Hockey, that was the probability of a Leafs win after Auston Matthews scored his second goal of the game to make it 5-1 Toronto with 59 seconds left in the second period Monday. For most teams, you mark the game down as a “W” right there. A four-goal lead is nearly insurmountable, especially when it’s a four-goal lead over arguably the league’s worst team, the Ottawa Senators.

“Most” and “nearly” are the key words there. We all know what happened next.

The Leafs choked, plain and simple. They allowed a goal just 50 seconds later, with nine seconds to go in the period, and the Senators continued their comeback push in the third, eventually tying the game with their net empty and winning it in overtime.

For one fanbase, it was another notch on the pain scoreboard. For 30 others, it was comedy at its finest, once again at the expense of the…