When a deadly Arctic blast pummeled Texas, Kenna Titus, a law student in Austin, panicked about whether she and her partner would be able to keep themselves and their dog warm, and whether friends and neighbors had what they needed.

Then came the torrent of suffering. A seniors’ apartment complex went without water for days, warming centers closed because of power and water outages, and child cancer patients languished in a hospital, desperate for food.

“Everywhere I go, I just see people who were completely failed,” Titus said, adding to widespread criticism of Texas elected officials caught cold by the storm. “They were not prepared. They weren’t told to be prepared. There wasn’t any way for them to prepare.”

On Wednesday and Thursday, Titus crowdsourced donations online from her neighbors, risked slick and icy roads to transport soup, muffins and tacos to the local children’s hospital, and handed out croissants, fruit cups and water to people at a cold weather shelter filled to capacity.

As millions of Texans went without safe shelter, clean water or food, good samaritans and mutual aid collectives bolstered by a national outpouring of support tried to fill the vacuum left by officials who fumbled the emergency management of the record-setting storm.

“It’s not stunning to see people in need,” said Zach Price, who also weathered the storm in Austin, “but to see their needs go so unmet under such harsh circumstances. I mean, I think you’d have to be callous not to be surprised by it a little bit, you know? It’s shocking to see, even if it’s not surprising.”

After Price heard that his alma mater, the University of Texas, was still charging students to eat at its dining halls, he offered to cover the cost for a few meals on Twitter.

More donors started to chip in, creating an impromptu mutual aid fund that gave students $10 or $20 and supported other Texans in need. When Price lost power and cellular data himself, he handed his Venmo and Twitter accounts to a friend so the urgent cashflow could continue.

“I’m really glad that I’ve been able to help people,” he said. But a 23-year-old with a Twitter account becoming the primary source of food for some Austinites? “That is a tremendous issue.”

In San Antonio, where students with Trinity Mutual Aid raised more than $67,000 in two days, core organizers have been distributing safety net payouts of $150.

“It is incredibly, incredibly difficult and morally draining to try to make decisions on who deserves funds and who doesn’t, because it’s very apparent that all of these people deserve help that the government is not providing,” said Rachel Kaufman, a core organizer with the collective.

When local officials got a call from a family of six – including a diabetic child – who were out of food, Kaufman stepped in, sending relief for past-due bills and promising to deliver groceries as soon as it was safe to drive. She listened to someone from the county commissioner’s office type her information into their system, so they could send people her way. The city wasn’t going to help.

“We’ve got county officials who aren’t able to provide for their community, so they’re sending it to a bunch of 20-year-old kids who are doing more for the community than they are right now,” Kaufman said.

In an ideal world, the government would cover its citizens’ needs and mutual aid would take a more wholesome form, said Houston organizer Christina Tan: “Not like, please send us $100 because somebody’s freezing to death.”

At least 10 people have died of hypothermia in Houston’s Harris county, while hundreds more have suffered carbon monoxide poisoning trying to escape the bone-chilling cold in homes left without power.

“I wish it didn’t have to be this way and it kind of is by necessity,” Tan said.

After raising more than $235,000 through a GoFundMe campaign, her team at Mutual Aid Houston planned to distribute two waves of direct funds: one to address immediate needs, such as food and sources of heat, another for long-term costs such as burst pipes, high electricity bills and medical bills resulting from the crisis.

They were already fielding an overwhelming number of calls by Thursday, but they were only hearing from Houstonians with access to internet, phone signal and power. Tan expected there would be far more to come.

“We’re trying to start preparing for what’s gonna happen after the snow melts, and, like, these houseless folks go back to the street,” she said. “A lot of them, their stuff has been either, like, stolen or swept up and thrown away.”

Temperatures are finally climbing across the state and after days of impassable roads, closed businesses and emptied grocery stores, conditions are slowly returning to normal. Yet for many whose worlds have been turned upside down, the crisis is far from over.

“The concern comes in a month from now, when people are trying to fix their pipes, when they’re still behind on bills from these incidents, when we’re still out of water,” Kaufman said.

“What then, when people stop donating?” 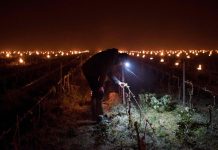 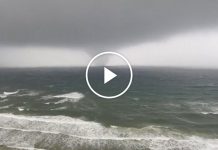 Storms Cause Tornadoes and Softball-Size Hail in the South 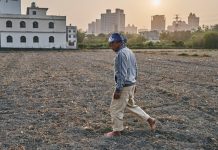 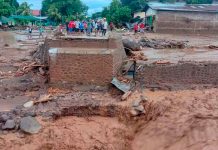 Floods and Mudslides in Eastern Indonesia Leave at Least 41 Dead

Tornadoes leave trail of destruction and death in Alabama 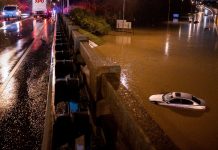 Flooding in Nashville Kills at Least 4 as Water Keeps Rising 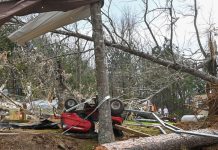 After the Tornadoes, Small Towns Grieve for Lost Lives and Wrecked Homes 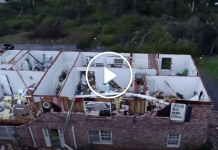 Multiple tornadoes tear across US south-east causing deaths and wreckage 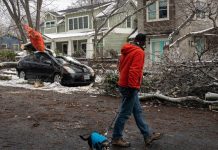 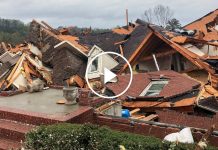