Tesla investors are being urged to vote to remove Elon Musk, the electric vehicle company’s chief executive, from the board of the firm as anger mounts over his bonus deal that could pay him a record $55.8bn (£40bn).

Pirc, an influential adviser to shareholders, including the UK’s local authority pension funds, on Tuesday recommended that investors voted against Tesla’s executive pay deal because it “unfairly enriches the chief executive”.

Pirc said the deal had exposed the company to a lawsuit, alleging that: “The board, including CEO Elon Musk, awarded themselves excessive compensation packages over a three-year period that allegedly allowed directors to ‘enrich themselves at the company’s expense’.”

The shareholder adviser called on investors to vote against re-electing Musk to the board because of the pay deal, and warned he posed “a serious risk of reputational harm to the company and its shareholders”.

Pirc said Musk’s frequent controversial outbursts on Twitter had cost Tesla millions of dollars in settlements and also represented an “unnecessary reputational risk to the company”.

Last year Musk was sued for $190m in defamation damages over derogatory tweets about the British caver Vernon Unsworth, who was helping to rescue 13 people trapped in a Thai cave. A jury found the tweets did not reach the legal standard for defamation, and Musk was not found liable for damages.

In 2018 the US Securities and Exchange (SEC) regulator fined both Musk and Tesla $20m over the chief executive’s tweets that he planned to take the company private at a substantial premium to the share price, causing the stock price to surge. As part of the settlement with the SEC Musk was forced to give up his position as Tesla’s chairman.

The SEC ruled: “In truth, Musk knew that the potential transaction was uncertain and subject to numerous contingencies. Musk had not discussed specific deal terms, including price, with any potential financing partners, and his statements about the possible transaction lacked an adequate basis in fact.”

Pirc said the episode had “prompted accusations of stock market abuse, with the SEC alleging that Musk had lied to investors. Mr Musk and Tesla settled these claims with the SEC, paying $40m, causing financial damage”.

Pirc’s shareholder report also raised concerns about Musk’s tweets in opposition to Covid-19 lockdown measures. “Mr Musk has been a vocal opponent of the Covid-19 quarantine, and reportedly required workers to return to work during quarantine, without sufficient precautions/protections and despite protests from workers,” Pirc said. “This concern is furthered as it has also been reported that multiple Tesla employees have tested positive for Covid-19 since returning to work.”

Investors were also urged to vote against re-electing Robyn Denholm as Tesla’s chair. She succeeded Musk when he was forced to step down in November 2018. Pirc said she should step down because of her role overseeing Musk’s pay award as independent non-executive chair and as a member of the remuneration committee.

Tesla’s annual general meeting was due to take place on 7 July, but the company on Sunday delayed the vote until September.

• This article was amended on 1 July 2020 to remove an incorrect description of Elon Musk as Tesla’s founder. Musk is included in the company’s list of co-founders. 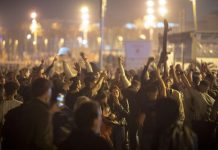 Pier Sixty-Six an empty shell, revamp a year behind schedule 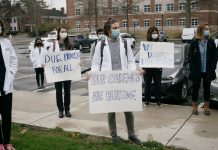 How Child Care Went From ‘Girly’ Economics to Infrastructure 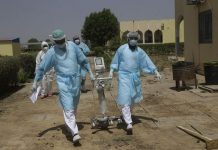 Vaccine deserts: Some countries have no COVID-19 jabs at all 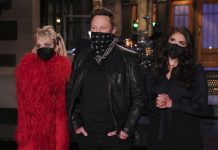 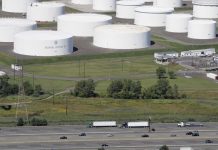