I just returned to Sydney after two incredible days at the Australian Open. Dylan Alcott brought me to tears and the legends’ doubles had me laughing. As I dashed from court to court catching as many aces and rallies as I could pack in in 48 hours, the hot sun of Melbourne seemed far away from human rights concerns in Tibet, Hong Kong and Xinjiang.

But curtailments to the fundamental human right to freedom of expression, both in Australia and China, were also playing out at the AO when two spectators held a banner and wore T-shirts that said “Where is Peng Shuai?” Their banner was confiscated, and they were asked to remove the offending shirts.

Whether she has consented to our taking up her cause or not, Chinese tennis player Peng Shuai is now symbolic of all human rights abuse in China, as the 2022 Winter Olympics in Beijing start next week and where the International Olympic Committee has been accused by at least one Uyghur human rights group of hosting a “genocidal Olympic Games.”

Days after the protestors were blocked, Tennis Australia flip-flopped, saying that while banners will still be banned (for safety) the T-shirts are OK as long as you are “not coming as a mob to be disruptive …”. The focus of CEO Craig Tiley’s comments seem to be about intent, arguing spectators who are intentionally causing disruption to the safety and comfort of other fans are not welcome.

The actual rules (when you search for them) on the AO ticket conditions of entry are clear – prohibited items do include “unauthorised” political or offensive items including clothing and banners. Some conduct is also prohibited, including “political disruption”.

If we engage with athletes and use a human rights approach, we can feel more comfortable when tough decisions are made.

Unfortunately, TA’s reversal and Tiley’s statements raise more questions. It remains unclear who at TA decides what is political, offensive or disruptive. Now we are also left to interpret what is “intent to disrupt” or “a mob”. Also unclear is why the T-shirts were banned initially, and was the political nature of “Where is Peng Shuai?” that it related to the world of tennis or that one of the AO title sponsors is a Chinese liquor brand?

Without having read the T&Cs, I wore a Human Rights Watch T-shirt to the AO that said “Tyranny has a witness”, accumulating over 20,000 steps (personal record!) and showcasing my allegiance around Melbourne Park. Why was my T-shirt not originally problematic?

Inconsistency of decision making and not knowing is the problem. If our rights are going to be curtailed, we must know why, and we should know how to remedy them when those in power make the wrong decision.

Sport is a battle ground where competing interests of human rights, sponsorship dollars and host city/event legitimisation clash. Tennis Australia, along with all sports organisations, needs a human rights policy. They also need to commit to the United Nations Guiding Principles on Business and Human Rights, which help organisations navigate these exact complexities.

Not all speech is free. We see private social media companies curtailing speech that incites violence in the US, and creating the right balance at a major sporting event between “the comfort and safety of fans” and human rights is not easy.

Fifa, world soccer/football’s governing body, is the only international sporting organisation to embed human rights in the governing and operations of their sport. Their human rights policy notes that freedom of expression may be impacted at events for security concerns, but only if “necessary and proportionate”. Who and how this is decided is still hard, but when a policy is committed to respecting internationally recognised human rights, there is a framework to make sense of complex situations.

Tennis Australia’s T&Cs seem to remain in place and still ban expression that is political, a sports fallacy supported by the Olympic Charter’s Rule 50.2 which bans demonstrations or political, religious or racial propaganda in any Olympic venue, including athletes on podiums and fans in the stands. Both organisations have failed to lawfully justify how this expression can be curtailed and TA’s reversal proves it is near impossible to decide what is political.

Governing sport is hard. Most of us are volunteers and there is so much to do. Tennis Australia has 12 policies on their website to govern play, including safeguarding, anti-corruption and member protection. Tennis Australia’s reversal doesn’t seem to admit they were wrong, and I would love to see them honestly talk about how hard this is. If it’s about money, say that! That might not be the worst admission. Sport needs money for the equitable development of women and para sport. But if we engage meaningfully with athletes and use a human rights approach, then we can feel more comfortable when tough decisions are made.

After an inspiring weekend at the AO, it’s disappointing that my article is about sports’ shortcomings. I would much rather write about my happy place – loving sports and remembering the glow from Alcott as he thanked the crowd for supporting him on his journey to build para sport and raise awareness of people living with disability. That’s why sport is awesome on the court. Off the court, we have a long way to go. 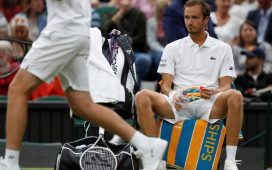 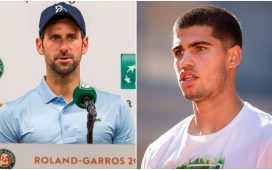 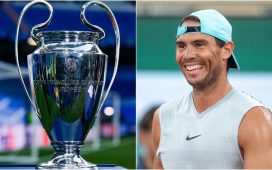 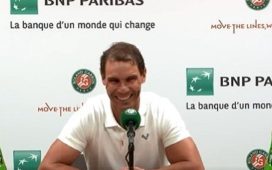 'Nothing To Recover': Nadal Dismisses Doubts Over Foot Injury 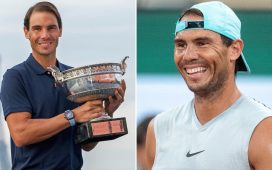