It’s a familiar description for Tampa Bay Lightning fans, but a thrilling one: in Game 6 of their Eastern Conference Final series against the New York Rangers Saturday, once again the Bolts’ stars came through when it counted, and because of that, the Bolts beat the Blueshirts 2-1, and they’re now in the Stanley Cup Final, looking to make it three consecutive championships.

We’ll start with Lightning goaltender Andrei Vasilevskiy, who, after an uncharacteristically slow start to the Eastern Final against the Rangers, was sharp as a razor in Tampa Bay’s four straight wins. In all four wins, Vasilevskiy had a save percentage no lower than .933. In Game 6 against the Blueshirts, in front of a raucous crowd in Tampa, Vasilevskiy outdueled Rangers counterpart Igor Shesterkin, and although Vasilevskiy didn’t have a ton of pucks get through to him, he was perfect when he was tested, especially on a close shot by Rangers winger Andrew Copp early in the third period.

Meanwhile, Shesterkin also was very good, but he allowed what turned out to be the series-winning goal midway through the second period when Lightning superstar and captain Steven Stamkos beat him with a wrist shot at the circle and used defenseman Ryan Lindgren as a screen. Shesterkin normally stops any shots from that far out, but he’d certainly want that goal back.

The Lightning were in control for most of the third period, until Stamkos took a holding penalty on Alexis Lafreniere; that gave the Rangers the opening they were craving, and sure enough, Rangers forward Frank Vatrano scored his fifth of the post-season with 6:53 left in regulation time. It appeared the game was headed to overtime, but only for the next 21 seconds, which ended with Stamkos netting his second of the game to put the Bolts ahead for the final time.

The Blueshirts put up an admirable fight, but in the end, Tampa Bay’s best players were better than the Rangers’ best players. The same was true in the Bolts’ first-round series win over Toronto. It was true again in their second-round sweep of the Florida Panthers. The Lightning had to beat three very good lineups to get to this point. They had to overcome series deficits in both the Leafs and Rangers showdowns. They bent, but never broke.

This victory Saturday capped off the Lightning’s 11th consecutive playoff series win. This is what a dynasty looks like, folks. This is the type of stuff people will be reminiscing on decades from now, the way some of us older types get all misty-eyed about the glory days of the Edmonton Oilers, Montreal Canadiens and New York Islanders.

The Lightning have a few days off before heading to Denver to begin the Cup Final against the mighty Colorado Avalanche. This is as it should be – the NHL’s top regular-season squad against the back-to-back Cup champs, in a series with depth to spare and superstars on both sides. It’s going to be a fast, highly-skilled series of contests, and the only thing you should probably expect is that it won’t be a sweep for either the Bolts or Avs.

The way Colorado has played this season, you couldn’t fault yourself for thinking they might be the next back-to-back Cup champs, this year and next. But there is one massive obstacle in their way, and it’s a team that knows how to close out series, and that can handle the attendant pressures that come with playing for the most prized trophy in all sport.

That team is the Lightning, the best team their conference had to offer for three years now. The team that methodically picks its opponents apart and overwhelms even tight defense with waves of puck possession. Colorado has home-ice advantage, but the Lightning have demonstrated they can win on the road. See where we’re going? This series should almost be a pick ’em, but you wouldn’t go wrong betting on the Lightning going all the way again.

Nobody’s been able to stop them so far. 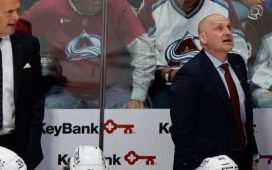 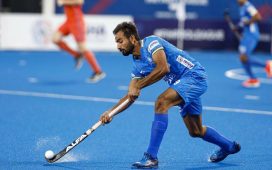 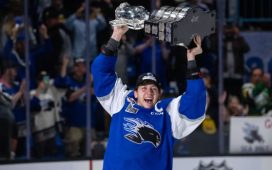 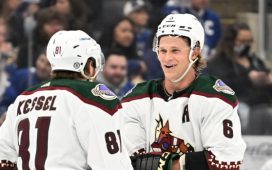 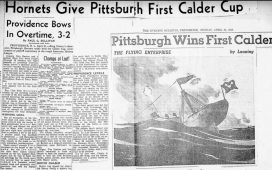 From the Archives: Hornets Give Pittsburgh First Calder Cup 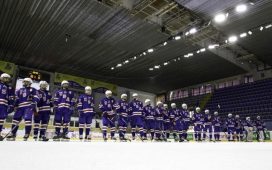 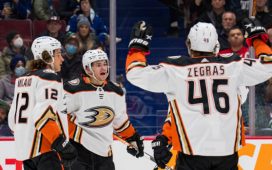