In April 1603, following his accession to the English throne, King James I and his entourage meandered south from Scotland to London, making a stop at Royston, on the Great North Road.

The sylvan countryside, fabulous hunting grounds on Therfield Heath and proximity to his southern seat of power entranced James – and he returned soon after to create a private sporting base.

Fast-forward 400 years, and the north Hertfordshire town of Royston, about 50 miles from central London, has since evolved into a magnet for young families needing a 40-minute commute into the capital, a thriving high street and access to open green spaces.

The lingering legacy from that pitstop James made all those years ago adds to its attraction, in the buildings he created to serve his own royal whims and passion for hunting, and to house his various courtiers  and minions.

Two inns, for example, on Kneesworth Street, were taken over  to create what is now grandly called The Old Palace – a grade II-listed building that served as the king’s hunting lodge, and where James famously signed Sir Walter Raleigh’s death warrant.

Neighbouring buildings were taken over or built to create lodgings for his guardsmen and equerries, stable boys, saddlers and horses. In the town’s conservation area, amid these historic timber-framed gems, however, and with its garden abutting that of the Old Palace, sits a home that has taken a radical architectural departure.

But head to the rear of the home, and you’ll find what is surely one of the town’s most innovative extensions. With its multi-layered expanses of wood and glass, views to the sky and ultra-modern open-plan living spaces linked seamlessly to a garden full of dramatic, architectural planting, it’s more 21st-century wing than your average add-on.

‘It took us a while to work out exactly what we wanted to do,’  says Rebecca Rossell, a former management consultant turned stay-at-home mum – to George, six, Eva, four and Florence, one – who bought the detached home around six years ago with her IT consultant husband Jeremy, 43.

‘There was a dated PVC conservatory and the kitchen looked on to a brick wall, but we decided to live in it for a while before making a big decision.’

For starters, the couple – who had moved from a flat in gritty Hoxton – simply white-washed the terracotta and yellow hues that were on the walls and ripped out the net curtains. After three years, however, Rebecca decided it was time to take that next, bold step.

‘As any stay-at-home parent knows, you spend 90% of your time in the kitchen. It was an unfriendly, impractical space, with no views over the garden, and I wanted to create a light, open and sociable multi-room zone for the whole family to enjoy. So I got sketching.’

Their search for the right architect, who could be sensitive to designing within a conservation area yet also come up with something modernist, was at first fruitless.

‘We spoke to several architects who simply came up with plans for brick walls and a pitched roof,’ Jeremy says.

‘Then we came across 2p Studio, in Royston, who understood what we wanted.’

Down came the old conservatory, and in came the new, tri-part structure – which took seven months to complete. Linked to the original house by a glazed walkway, it provides a contemporary open-plan kitchen and living space, as well as a playroom, with cupboards that are painted in a  rich teal blue.

As much glazing as possible was incorporated, within the walls themselves and in the roof, with a resultant range of heights adding interest to the structure.
White tiled floors flow throughout, enhancing the sense of scale.

It is perhaps no surprise that the Rossells now spend most of their time in the extension, with its engineered oak flooring, white glossy Wren kitchen and bi-fold doors opening on to the garden – which has itself been carefully planted by Jeremy with olive, bay and box trees, thistles, artichokes, agapanthus and alliums.

They admit they overshot their initial budget of £120,000 with the build, as they didn’t want to compromise on quality.

Meanwhile, they also had the rest of the five-bedroom house to update. At the same time, enhancing any period features. In the living room, for example, with its moulded cornicing and ceiling rose, there’s a cast-iron log-burning stove, oak flooring and industrial-style Made.com lighting.

In the dining room, a traditional oak farmhouse table has had its legs painted in postbox red, surrounded with a mix of vintage, reupholstered chairs and contemporary metallic-and-white Swedish models – a neat balance of cosy and contemporary.

Despite having completed their passion project, however, the Rossells are now selling up.

‘Jeremy’s job only requires him to head into London a few times a month, and as I was brought up on a farm, I have always dreamed of living somewhere a bit more rural,’ Rebecca explains.

The couple are keen, they say, to take on another project – for them, being property owners brings with it the responsibility to ensure any home reaches its full potential.

‘We want something we can happily live in for a while, but which can keep on evolving,’ Jeremy says. ‘I love to see great houses become amazing.’n

Do you have a story to share? We want to hear from you.


MORE : Victorian cemetery gatehouse with its own turret viewing platform goes on sale for £350,000


MORE : A spooky converted Gothic church has gone on sale just in time for Halloween 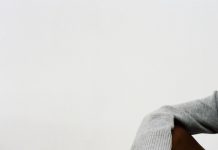 5 Chic Brands To Buy For Your Holiday Travels This Year

In praise of Jan Morris, by six fellow travel writers 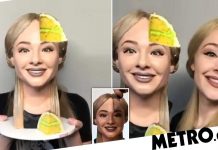 In 2020, everything is still cake, even this woman’s face 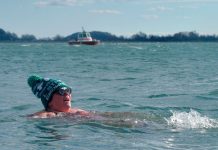 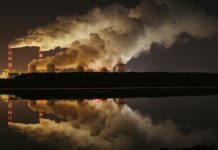 COVID lockdowns only had a marginal impact on stopping global warming, says WMO

Crossword blog: the next dimension 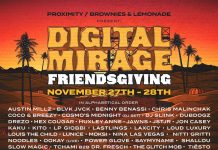 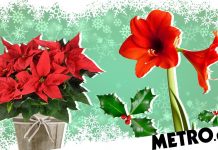 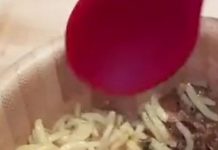 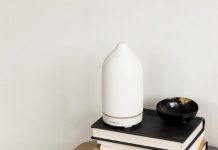 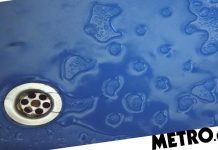 Why should you pour salt down the drain at night?