A 14-year-old boy has jumped off a school bus in western Sydney to come to the aid of a woman allegedly being assaulted by her partner.

The boy was on the bus in Riverstone on Friday afternoon when he saw a man and woman involved in an argument on the footpath. The man then allegedly punched the woman repeatedly in the face.

He quickly got off the bus and approached the man, refusing to leave the scene. The 32-year-old man allegedly responded by grabbing the teen by the throat and pushing him away until others intervened.

The man left with the 27-year-old woman in a car but was arrested nearby a short time later.

The Bidwell man has since been charged with domestic violence-related assault occasioning actual bodily harm and common assault.

He was refused bail to appear at Parramatta Local Court on Saturday.

Police thanked the teenager for his bravery.

“He showed courage and determination well beyond his years. We certainly need more people like this in the community who stand up and speak out against domestic violence,” DCI David Miller said in a statement on Saturday. 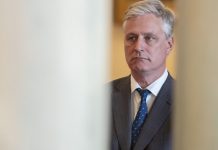 Robert O'Brien says WHO funds will go to Red Cross, Doctors Without Borders 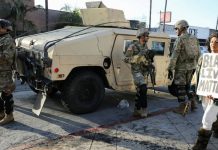 US cities torn by violent protests over Floyd killing 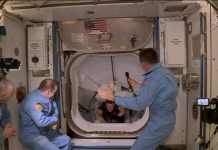 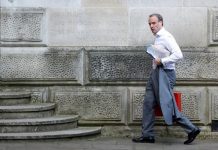 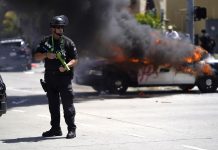 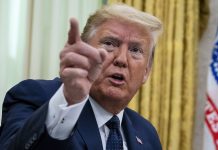 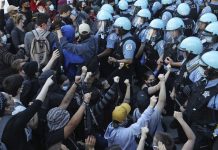 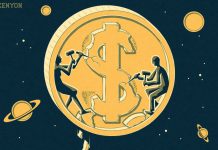 We may be entering a post-dollar world