THE SUN gave the French an Eiffel ahead of Saturday’s quarter-final clash – draping a St George’s flag over their most famous landmark.

Sun man and agent provocateur Joe Hadden went up the Eiffel Tower to unfurl the flag, prompting furious heckles from onlookers down below.

And later on Joe posed up outside Kylian Mbappe’s old apartment block in an England kit.

A giant mural of the star forward, 23, is plastered across the side of the building in the Parisian suburb of Bondy.

Motorists in the neighbourhood were full of fighting spirit – beeping their horns and shouting “Allez La France”.

Idris Mohamed, 22, who works at Harry’s Cafe across the road from the mural, said: “Mbappe is a hero round here. The Sun’s stunt only makes us want to win even more.” 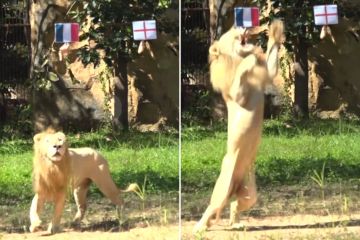 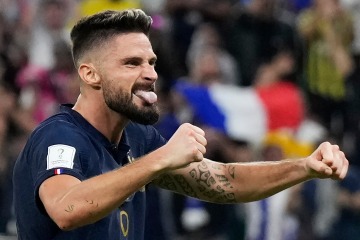 Tensions have been building in the French capital as the do-or-die quarter-final nears.

On Tuesday we evaded security at the historic Grevin Museum to kit out Mbappe’s iconic waxwork in full England gear.

England vs France takes place THIS SATURDAY – December 10. The match kicks off at 7pm UK time.

England vs France will be broadcast live on ITV 1. 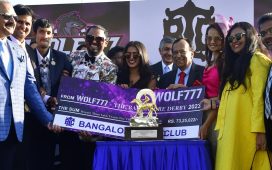