That was Boris Johnson’s first interview of 2020, and his first extensive broadcast interview since the general election. It wasn’t one for the history books, it wasn’t over-forensic, and perhaps the main takeaway is that Johnson has just as prone to using bluster, evasion and hyperbole when faced with difficult questions as he was before he went on his New Year holiday. Still, he was not untruthful in the way that he was yesterday, when talking about post-Brexit GB/NI trade in his press conference in Northern Ireland, and he covered quite a lot of ground, giving sometimes interesting answers.

Here are the main points.

This is a fine ambition, but Johnson did not give details of any how this might happen and, as a goal, it may not be realistic. But perhaps people won’t mind if they believe that at least he is trying.


It is one of my least favourite subjects, because we need to move on.

This is not the first time that Johnson has made this point, but it does reinforce suggestions that the man who led the Vote Leave campaign in 2016 is not convinced that the whole project has been an undiluted triumph.


I think it’s very likely. I’m not going to give you a percentage.

When Walker put it to him that in the past he had sounded more confident than this, Johnson revised his language. He said:


Enormously likely, how about that? Epically likely … Obviously you always have to budget for a complete failure of common sense. That goes without saying. But I am very, very, very confident – three verys there – that we will get [a deal].

In the past other ministers, like Michael Gove (here), have categorically ruled out the UK and the EU failing to agree a trade deal by the end of 2020. Perhaps Johnson’s relative reticence was explained by Walker’s inclusion of the word “comprehensive” in his question. Most experts think a basic “bare bones” trade deal could be negotiated before the end of this year, but not a comprehensive one. Ursula Von der Leyen, the European commission president, has said there won’t be time to negotiate a full deal before the end of this year.


Well, it’s not for government to step in and save companies that simply run into trouble. But be in no doubt that we see the importance of Flybe in delivering connectivity across the whole United Kingdom. It’s very important, for instance, where I was yesterday in Northern Ireland.

When pressed on what the government might do, he replied:


I can’t go into commercially confident discussions … We’re working very hard to do what we can. But obviously people will understand that there are limits commercially to what a government can do to rescue any particular firm.

But what we will do is ensure that we have the regional connectivity that this country needs, and that is part of our agenda of uniting and levelling up.


The British public deserve to have access to the best possible technology. I’ve talked about infrastructure and technology. We want to put in gigabit broadband for everybody.

Now if people oppose one brand or another, then they have to tell us what’s the alternative.

On the other hand, let’s be clear. I don’t want as UK prime minister to put in any infrastructure that is going to prejudice our national security or our ability to cooperate with five eyes intelligence partners.

The American government has been strongly urging the UK to boycott Huawei, claiming that it would pose a security threat (because in practice Huawei is under the control of the Chinese government). But there are also claims that the US opposition to Huawei is to a large extent driven by commercial considerations, as much as security ones, and the head of MI5 has said that he does not believe the US would cut off security cooperation with the UK, as it threatens to do, if the UK does award contracts to Huawei. It is impossible to tell what the UK will decide on the basis of Johnson’s answer, but he sounded less inclined to boycott Huawei than in previous answers he has given to this question. For example, compare today’s words with what he said on this at the Nato summit in December.


I happen to have to read it, and I think that after all that awful clamour in the election campaign people are going to be disappointed. But, anyway, it will appear.

As for when it would be published, he said that he thought that would be within weeks. But he admitted he did not know for sure. The report won’t be published until a new ISC has been set up, and that is not happening quickly.


We will bring forward a plan this year and we will get it done within this parliament. This is a big, big thing. I mean, this is a potentially massive change in the way we fund social care, and we’ve got to get it right.

We have got to think very carefully about how we do it because there are lots of quite important moral and social issues contained in it.

You know, should taxpayers be paying for people who might be able to afford it? What is the relationship you want to encourage, should families be looking after their own, their elderly relatives [and] to what extent?

All these are very complex questions. The key thing is that everybody must have safety and security in their old age, nobody should sell their home to pay for the cost of that care. We will do that.

Johnson was unable to explain to Walker why he was taking so long to publish his plan when he claimed in July last year, on the day be became PM, to already had a plan. In his first speech from No 10 Johnson said: “I am announcing now – on the steps of Downing Street – that we will fix the crisis in social care once and for all with a clear plan we have prepared to give every older person the dignity and security they deserve.”


I think that it’s right that we made the appeal for extradition … I think the chances of America actually responding by sending Anne Sacoolas to this country are very low. That’s not what they do.


I was not in this country but I worked very hard, as you can imagine, in making sure there was a European response.


I’m glad the Iranians have accepted responsibility and identified it as an appalling mistake and it does appear that it was a mistake.

It is very important that the bodies are repatriated in a dignified way and that the families are allowed to grieve and to have closure.

Clearly, as President Rouhani has said, Iran made a terrible mistake. It is good they have apologised.

The most important thing now is that tensions in the region calm down.


If we are going to get rid of it then we need a replacement.

The problem with the JCPOA – this is the crucial thing, it’s why there is this tension – the problem with the agreement is that from the American perspective it’s a flawed agreement, it expires, plus it was negotiated by President Obama. From their point of view it has many, many faults.

If we are going to get rid of it, let’s replace it and let’s replace it with the Trump deal. That’s what we need to see. I think that would be a great way forward. President Trump is a great deal-maker – by his own account and many others. Let’s work together to replace the JCPOA and get the Trump deal instead.

But I do believe in cabinet government. I do believe in the strength of our cabinet, they’re a fantastically able bunch of people. I want them to be leading … I want people who who are excited about their work and want to deliver for the people of this country.

Since the general election Johnson has kept a relatively low media profile. It remains to be seen whether this will continue, but this probably is a deliberate strategy. Prime ministers often define themselves in contrast to their predecessors, and Johnson may well be keen to show that he is not like David Cameron, who was very keen on recording short clips for broadcasters giving his views on the story of the day.


My view on this is very straightforward: I am a massive fan, like most of our viewers, of the Queen and the royal family as a fantastic asset for our country. I’m absolutely confident that they are going to sort this out.

But they are going to sort it out much more easily without a running commentary from politicians.


The bongs cost £500,000 but we’re working up a plan so people can bung a bob for a Big Ben bong because there are some people who want to.

Because Big Ben is being refurbished, they seem to have taken the clapper away, so we need to restore the clapper in order to bong Big Ben on Brexit night.

And that is expensive, so we’re looking at whether the public can fund it.

It was not clear whether or not Johnson was joking. 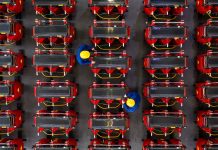 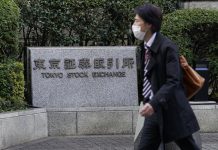 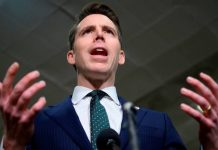 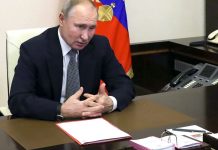 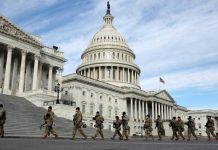 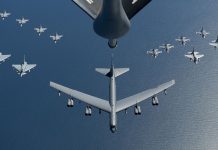 B-52 bombers patrolling over Middle East