Subchondral cystic lesions (SCLs) in the distal (lower) aspect of a yearling’s cannon bone occur relatively infrequently. Nonetheless, these lesions will most likely raise eyebrows if found on a yearling’s pre-sale radiographs. Research shows that bone cysts occurring in this location do not necessarily need to spur a frantic phone call to the local equine surgeon.

SCLs are fluid-filled pockets found in the region of bone directly underneath the layer of articular cartilage that lines the ends of long bones inside joints. How they form remains unclear. Trauma might be involved, or they could result from the failure of the bone and cartilage to develop properly.

“Only six percent of all cystic bone lesions occur at the ends of the cannon bones,” said Dr. Mitja Miklavcic of Washington State University’s College of Veterinary Medicine. “They typically are found in the femoral condyles in the knee (stifle) or in the pastern bones.”

In contrast, the presence of subchondral bone cysts in the distal cannon bone, farther from the joint, do not appear to be of particular concern in yearlings. Miklavcic relayed this message while presenting his data during the 2020 annual convention of the American Association of Equine Practitioners, which was held virtually.

In total, Miklavcic identified 42 yearlings with radiographic evidence of cystic lesions in the distal metacarpus/metatarsus. These X-rays were the requisite repository or pre-sale radiographs for yearlings up for sale at public auctions. In those 42 yearlings, 41% of the SCLs were in the left forelimb, 21% were in the right forelimb, and 12% were bilaterally in the front. The hind limbs were less commonly affected. Males were slightly overrepresented (43% of yearlings with SCLs were female).

Sixty-two percent of the lesions measured more than five millimeters along their greatest length, and most (71%) occurred in the medial condyle of the cannon bone. Most yearlings (80%) had evidence of a disrupted joint surface on the radiographs. Equibase was subsequently used to track the racing performance of those 42 yearlings with SCLs. Their racing performance was compared to the yearlings sold at the same sales that did not have SCLs in the distal cannon bones.

“No significant differences in number of starts, earnings, or earnings per start were noted between the horses sold as yearlings with and without cystic distal metacarpal/tarsal bone lesions,” said Miklavcic.

“Individual athletic capability, training techniques, and injuries or potential surgical interventions that occurred after the yearlings were sold could all have skewed the study results,” he said. “Other radiographic abnormalities were identified in 31% of the yearlings, such as osteoarthritis and sesamoiditis (inflammation of the sesamoid bones).”

In sum, simply finding a bone cyst on pre-sale radiographs in the distal cannon bone should not necessarily sound the alarm bells. To borrow a phrase from the sport horse world, you’re buying the horse and not the x-rays.

Baffert: Anti-Fungal Ointment Could Be Source Of Betamethasone Positive In Medina Spirit 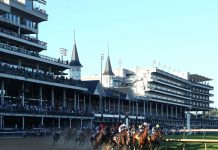 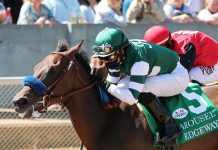