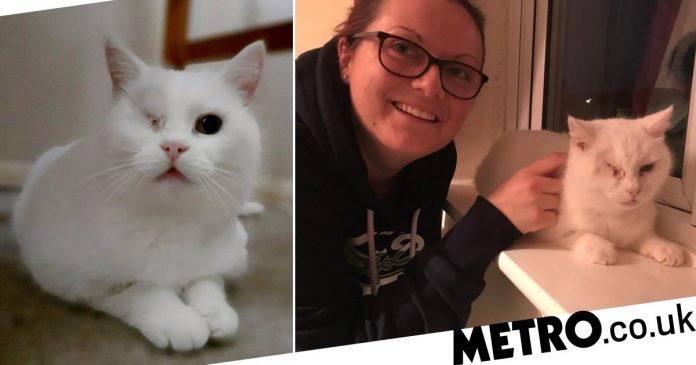 In some cultures white cats are thought to be unlucky. While Blossom might have had an unlucky start, she’s also managed to have a happy ending, finding a happy home after a tough time.

The Blue Cross was contacted by a member of the public who had found the cat in their garden and was worried by the condition of her eye, and Blossom was admitted to their rehoming centre in Cambridge.

On arrival at the vets, they found that the 11 year old cat not only had a sunken right eye but also a urine infection.

Enophthalmos, which is referred to as a sunken eye, is a condition in which an animal’s eyeball sinks deeper than normal into the orbit, or eye socket.

This can be a congenital condition from birth, it can occur gradually as the result of a disease, or it can happen suddenly as a result of trauma.

Vets made the decision to remove Blossom’s eye and her infection was treated with antibiotics.

It was then that her sweet nature began to bring her all the luck in the world.

As she was in need of some extra TLC, Blossom was fostered by Sarah Bates, Supervisor at Blue Cross Cambridge, who took her into her home – and it was love at first sight.

Sarah said: ‘I had recently lost my cat Alfred who had to be put to sleep after being sadly hit by a car. I was adamant I wasn’t ready for another pet as it hurts when they aren’t around anymore.

‘Well I had ten days or so off work and when I went back my manager Clare said “oh we have a very poorly cat due in today” and to prepare things for the cat here in case they needed to go to the vets.

‘The minute the volunteer driver dropped her off I had an odd heart-warming moment, you would think I get them a lot with the amounts of cats I see but first time ever (in four years of working at Blue Cross).’

Blossom took to Sarah right away too, and loves cuddles.

‘I took her down to her pen and weighed her, but the best moment was when she jumped out of her carrier and curled straight up on my lap; as if to say I’m safe now,’ she says.

‘I played it cool for a few days, popping down to see her on my breaks, but finally mentioned to Clare that I would be interested in fostering until her eye removal surgery was done.

‘My colleague Pauline mentioned many times that she could tell I liked Blossom as I never really go down to the cats on my breaks as I like to keep from falling in love too often!’

After that, it was impossible for Sarah to let Blossom go.

She says: ‘She has the cutest tongue sticking out, dribbling, one eyed face that when it came to her being ready to find a forever home I just couldn’t face her leaving, so I decided to permanently adopt her.

‘Her favourite thing to do is snuggle under my heater in the living room or get under my pillows on the bed, thought I lost her once but found her very happily sleeping there.

‘I absolutely love her and she is utterly spoilt, best part of 2020 meeting my new companion.’


MORE : This £9.99 mascara is getting all the hype on TikTok


MORE : Sex trends to expect for the year ahead 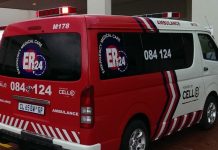 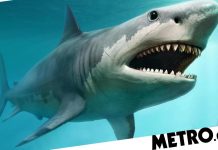 ‘You can’t furlough a dairy cow’: As a nation we’re guilty of taking our farmers for granted 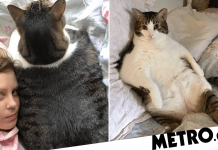 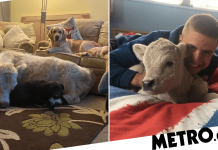 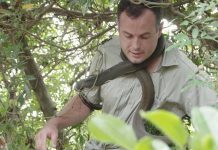