There’s a tradition in movies, as vital as a hypnotic action scene or a swooning love scene, of dialogue so witty and nimble and rapid-fire that it comes at you like something out of a stylized dream. I first encountered that brand of high-velocity verbal jousting in “A Hard Day’s Night,” and later on in college when I saw “His Girl Friday,” a movie where the baroque banter flew with a manic spontaneity I could barely keep up with. (The dialogue was action.) More recent examples from the school of rockin’ ping-pong ferocity include the exhilarating aggro chatter of Wes Anderson’s “The Grand Budapest Hotel” and the mad analytical social satire of “Dear White People.”

In the independent romantic comedy “Straight Up,” the writer-director James Sweeney updates that grand and glorious mode of run-for-cover screwball to the age of pop-culture-saturated digital millennials who think faster than they can process. And he does it with a flair that would leave Ben Hecht smiling. Here’s a sample:

“Straight Up” tells the story of Todd (played by Sweeney), an insanely articulate Asian-American gay software coder, with shirts buttoned up to his Adam’s apple, who’s so quick and fussy and arch that the thoughts pour out of him like confessional word salad. He has obsessive-compulsive disorder, and the way the film converts that into comedy isn’t by taking cheap shots at his fear of flying, or the fact that he’s a washer and a checker. No, the joke of “Straight Up” — at once funny and darkly serious — is that Todd’s entire personality is a form of OCD: the relentless micro-analyzing of reality, the cataloguing flow of his control-freak mind, and the way he uses it to run from his sexuality. He’s lonely and longs for a partner, but he can’t begin to deal with sex. It’s just…too messy. (He doesn’t like bodily fluids.)

So what he decides, on a whim of iron, is that the reason he’s running from his sexuality is that he is not, in fact, gay. He must be something else. He must be straight! Seated across from him at an L.A. diner, his two best friends — Meg (Dana Drori), a caustic model and superfreak, and Ryder (James Scully), his longtime gay chum — beg to differ. They try to set him, you know, straight. “Don’t take this the wrong way,” says Meg, “but even if you wanted to experiment, I don’t think you’d find anyone. Girls aren’t gay-blind anymore. This isn’t the ’60s.” Ryder: “And you’re no Rock Hudson.”

Todd replies, “I don’t think I’m that transparent. I could just be metro. Or hipster.” Ryder: “Todd, you’re like a Kinsey 6. Maybe a 5 when you’re not wearing cashmere.”

That’s an understatement. Todd, it’s clear to the audience, is not really having a sexual-identity crisis. He’s gay, and has convinced himself that he’s having a sexual-identity crisis, all to avoid confronting his real crisis: that he has walled himself off from the human race. Let’s call this a weirdly logical form of obsessive-compulsive erotic-romantic self-delusion.

Then Todd meets Rory (Katie Findlay). She, too, is a tightly wired brainiac, and from the moment they interface in a public library, where he’s busy stocking shelves (no, he doesn’t work there — it’s just the OCD), they form the kind of communion where you could say that they finish each other’s sentences, except in this case it sounds like one long sentence. They lock minds and debate, they bond over the fact that they each own all seven seasons of “Gilmore Girls,” and they confess their dark secrets (“You’re the nicest person in L.A.” “Really, I’m not. I lie to homeless people — I always have change, I just don’t give it to them”). They’re genius bees buzzing around the hive mind.

“Straight Up” is like a Wes Anderson movie written by Paul Rudnick, with a dash of ’90s Tarantino when Todd and Rory engage in the ultimate deconstruction of whether rain on your wedding cake is, in the end, ironic. There are spiky encounters between Todd and his therapist, slyly played by Tracie Thoms (“You’re willfully barking up the wrong tree. But I’m unclear as to what you’re even chasing”), as well as a terrific meet-the-parents scene in which Todd’s father (Randall Park) turns out to be the Archie Bunker of liberal yuppies. And Katie Findlay, as Rory, has the kind of knowing bloom that Haley Lu Richardson brought to “Columbus.” You can see why Rory blinds herself all too eagerly to her new boyfriend’s bedroom issues; she has found her soulmate by finding her brainmate-in-a-haystack. What makes “Straight Up” more than “Will & Grace” with anal-sex jokes is the way that it skewers the comedy of 21st-century correctness. Todd and Rory occupy a space where labels are so frowned upon that they fall in love, or superlike, or something by making sexual identity itself a taboo.

Taken at face value, “Straight Up” is the story of a gay dude who puts himself through his own form of gay-deprogramming therapy (so naturally, it’s doomed not to take). Is Todd someone who, as Ryder observes, “can’t get over your internalized homophobia”? Maybe so. But that doesn’t make him wrong — it just makes him damaged. “Straight Up” is really about a generation of people who have discovered a new way to connect through their detachment. A little of this can go a long way (the film is sometimes a bit airless), but James Sweeney is a filmmaker with the rare ability to toss antically inspired dialogue right off the edge of his brain. “Straight Up” is the work of a startling talent. 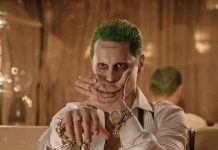 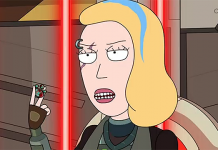 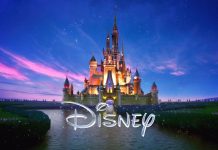 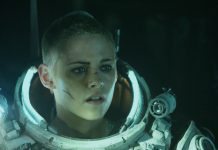 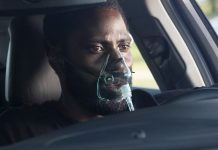