Storm Dennis will batter the UK this weekend with winds of up to 70mph and more than a month’s rain expected to fall fall in just two days in some areas, as fears are heightened that hundreds of homes may be flooded.

It will be the second weekend in a row that heavy rain and strong winds have hit the country.

The military is being sent to Calderdale, West Yorkshire, on Saturday to support the recovery from last weekend’s flooding and to bolster preparations for the latest storm.

Calderdale council said all its teams were working hard ahead of the next storm, and six community “flood hubs” set up this week will remain open.

But it said its resources have been stretched due to the impact of last weekend’s Storm Ciara, and it welcomed the additional help from the 4th Infantry Brigade.

Troops will support organisations, residents and businesses on the ground, the council said.

More than 200 flights have been cancelled as the devastating weather is due to cause transport chaos, with amber and yellow warnings for rain and wind in place across large swaths of the country from Saturday lunchtime until Sunday evening.

The military is being sent to Calderdale, West Yorkshire, on Saturday to support the recovery from last weekend’s flooding and to bolster preparations for the latest storm.

The Met Office is even warning of a “danger to life” in some areas due to potential flooding as some areas will get up to 120mm of rainfall – well over the amount that would typically fall in an entire month. “Homes and businesses are likely to be flooded, causing damage to some buildings,” the forecaster warns.

It means the UK will be hit by horrendous weather twice in as many weeks, after Storm Ciara swept in last weekend, flooding 800 homes and leaving half a million people without electricity.

Despite the warnings, one Labour MP representing a constituency in Yorkshire – which is braced for heavy rainfall and has experienced significant flooding in the past – admitted she was frustrated that there are not greater flood protections in place.

York Central MP Rachael Maskell told BBC Radio 4’s Today programme: “This is all too resonate of 2015; of course we saw the mass devastation in York in 2015, but four years on we still don’t have the defences our city needs.

“That’s unacceptable. We haven’t seen the government putting the upper catchment management in place, slowing the flow of the river. That is not acceptable. So I have already challenged the government last week after Storm Ciara about their failure to address those areas which flood and I will continue to place that challenge.”

The “main areas of concern” on Saturday are north and south-west England and Wales, the Met Office warned, with the south-east facing the worst of the weather on Sunday.

The Environment Agency predicts flooding will be worse than last weekend as the ground is already saturated. Major disruption is expected by Network Rail on many train routes and households near railway lines are being urged to secure loose items in their gardens. It follows lines being blocked last weekend after trampolines were blown on to tracks, as well as falling overhead electrical wires.

British Airways and easyJet have confirmed cancellations for safety reasons, with travellers being called to check their websites for latest updates.

A spokeswoman for easyJet, which has cancelled 234 flights, said: “We are doing everything possible to minimise the impact of the disruption for our customers and to arrange alternative travel.”

British Airways said: “The majority of our flights are planned to operate as planned, but, like all airlines flying to and from the UK today, we are experiencing some disruption due to the stormy weather conditions.

“We are merging a small number of Heathrow short-haul flights to the same destination and using larger aircraft where possible to minimise disruption.”

Coronavirus in a war zone: Afghanistan braces for outbreak after first case

EU trade chief says US ‘mini deal’ is within reach 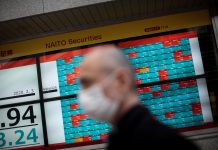 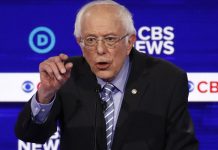 The Latest: Sanders would study moving US embassy in Israel

Rappler editor Maria Ressa: 'They could shut us down tomorrow' 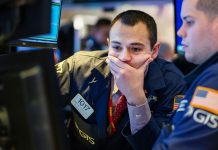 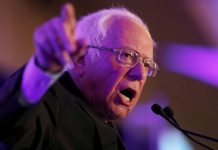 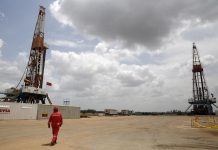 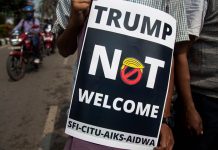 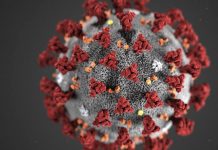 US official warns public to prepare for coronavirus outbreak