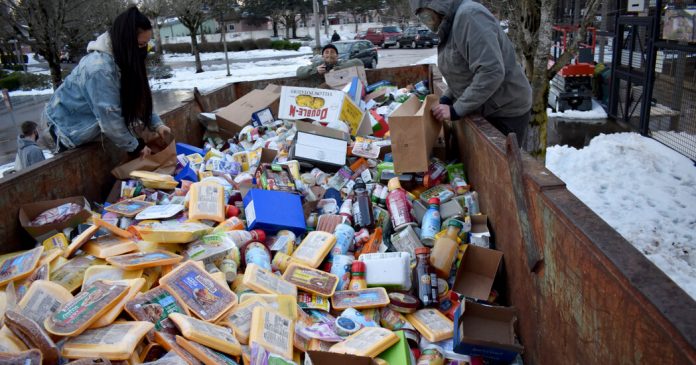 The dumpsters outside a grocery store in Portland, Ore., were filled with food that employees had tossed after a snow and ice storm over the weekend knocked out power at the store.

Soon, a small group began forming in the parking lot, angry that so much food was being thrown away in a city where more than 300,000 customers had lost power and where homelessness is a major concern.

What followed on Tuesday afternoon was a standoff between employees of the store, part of the Fred Meyer chain, who argued the food had spoiled and was unsafe, and a group of activists who wanted to dive into the dumpsters and salvage what they could for themselves and others who were snowed in and could not get to stores.

“I was just saddened and appalled,” said Juniper Simonis, 36, an environmental biologist who showed up at the store after learning on social media that the food was being thrown out. “I had personally never seen that level of waste during a time of that level of need.”

The Portland police said they had received a call from the grocery store at about 4 p.m. reporting that a group of people were arguing with employees outside and refusing to leave.

According to Morgan Mckniff, an unemployed chef who uses they and them pronouns, the group was small at first — just three people.

In an interview on Wednesday, Mckniff — who had lost power over the weekend, was out of food and wanted to get something to grill outside — said there were nine employees standing outside the dumpsters.

Mckniff began filming and asked the employees if they were guarding the dumpsters. An employee said to stop filming or the police would be called.

By the time the police arrived, about 15 to 20 people had gathered in the parking lot, Mckniff said.

Kroger, the grocery giant that owns Fred Meyer stores, said in a statement on Wednesday that the food that had been discarded was “no longer safe for donation to local hunger relief agencies.”

“Our store team became concerned that area residents would consume the food and risk food-borne illness, and they engaged local law enforcement out of an abundance of caution,” the statement said.

Kroger, which has touted its commitment to “Zero Hunger” and “Zero Waste,” laments on its website that many Americans struggle with hunger while “40 percent of the food produced in the U.S. is thrown away.”

The company donates 5.5 million pounds of surplus food a year, it said in the statement.

At one point on Tuesday, there were about a dozen officers outside the grocery store, including three officers in training.

Mckniff said the police had threatened to use physical force if the activists did not leave.

The Portland Police Bureau said in its statement that no one had been arrested or injured and that no force had been used.

The police said they had stayed for about an hour and had left when it appeared that the crowd was moving away from the employees.

After the officers left, one woman approached the dumpsters and came back triumphantly holding a bottle of strawberry lemonade.

Emboldened, the activists headed for the dumpsters.

The police said they had been called again to the store but did not return.

“Police supervisors decided that unless there was an imminent threat to life or threat of serious injury, police would remain away,” the police said.

For hours, the dumpster divers took out containers of cottage cheese, frozen waffles, butter, yogurt, almond milk, cured meats and sausages. Simonis, who uses they and them pronouns, said much of the recovered food would have been fine for days outside a fridge.

“I still haven’t processed mentally the waste that was there,” they said.

Mckniff said that at one point, people had laid the food out on the sidewalk so passers-by could walk up and take it. One woman made four trips to the dumpsters to get enough for families in need.

Much of the food went to fill 11 community refrigerators that are set up around the city, Mckniff said.

Grabbing the food from the dumpster felt liberating, Mckniff said.

“All we wanted was for them to walk away and leave us alone,” they said. “If you’re not going to help people, at least stand aside so that we can.” 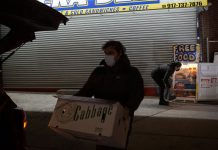 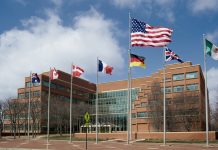 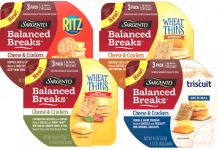 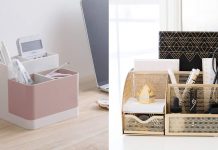 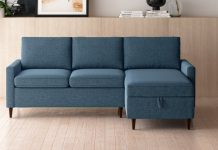 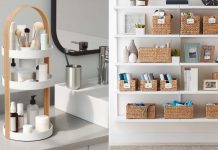 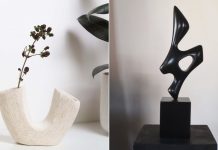 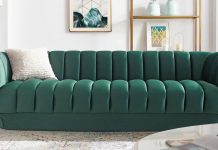 Do I Need a Vintage-Inspired Couch? I Believe the Answer's Yes 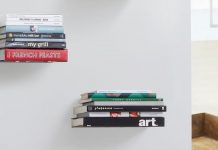 If You Love Books but Don't Want Your Home Turned Into a Library, Shop These 10 Solutions 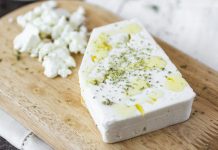 Am I the Only One Who Tried the Baked Feta Pasta Recipe and Hated It?! 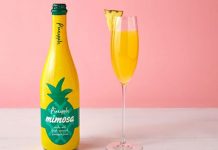 Mark Your Calendars – Aldi Is Bringing Back Its $9 Bottled Mimosa in a Pineapple Flavor! 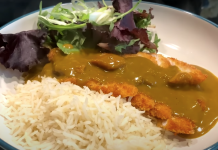 How to make Wagamama’s famous chicken katsu curry at home