In the early 1970s, Stephen Shore made a series of large-format photographs of main streets in the US. He showed them to his friend and fellow photographer, Hilla Becher, one half of a rigorously formal German photographic duo with her husband, Bernd Becher. Nearly 50 years later, Shore can still remember her reaction. “She looked at them and said: ‘So, Stephen, you want to photograph every main street.’ I replied, ‘No, Hilla, that’s what you want to do. I want to photograph the quintessential main street.’”

To do that, Shore made several road trips across the country, photographing main streets, but also car parks, road signs, gas stations and shopfronts as well as the furniture in his rented motel rooms and the food he had for breakfast. The results appeared later in two influential photo books, Uncommon Places and American Surfaces. In them, Shore had captured not just the quintessential main street, but a quintessential America, both familiar and unsettling in its surface sameness. “I wanted,” he says now, “to somehow get to my perception of the underlying quality of the American landscape.”

Together, they amounted to a new topography of the vernacular American landscape, his style in places approximating what came to be known as the snapshot aesthetic, in other places adhering to a detached, almost neutral formalism that only added to the deadpan everydayness of his images. Shore later described his democratic approach thus: “To see something ordinary, something you’d see every day, and recognise it as a photographic possibility – that’s what I’m interested in.” Though dismissed at the time by many critics, his style has been enduringly influential and he is now recognised as one of the greatest living photographers.

His approach was singular, not least for the amount of thought he put into depicting the seemingly ordinary. “I have always been interested in everyday experience,” he says, “It relates to an idea I had back then of what it might be like to pay attention to the average moments in your life, rather than just the dramatic moments. Attentiveness is self-awareness – you are aware of yourself paying attention. It was a different experience and I was nourished by it. I still am.”

While making the work that became Uncommon Places, Shore’s attentiveness was further honed by his decision to use a large-format 8×10-inch camera. “It’s unlike any other camera,” he says. “It’s unwieldy. You have to physically lift it up on its tripod and move it to get the shot you want. That alone makes any decision you make very clear and visceral. The camera is no longer an extension of your eye; it’s this tool that is outside of you.”

Perhaps for this reason, Shore also carried a small 35mm Leica on his travels, allowing him to shoot more freely and instinctively. Now, having finally revisited those long unseen images, he has produced a new photobook, Transparencies: Small Camera Works, 1971-1979. It is intriguing, not least because the America that emerges from it seems quintessentially Stephen Shore and yet somehow different: the style less formal, the tone more intimate and spontaneous.

There is, too, a distinct aura that emanates from these pictures, a sense of another America, recognisable but distant, that seems at times luminous in its very everydayness. This is not just to do with time passing, but with the singular quality of the Kodachrome colour slide film he was using, which, according to Shore, “is the sharpest film that Kodak ever made”.

It also allowed him to home in on illuminating details: an elaborately embossed cowboy boot, a garishly patterned tie, a pair of scuffed brown shoes discarded on a fading orange mat. He captured shadows falling on city streets and, in a single dramatic moment, a cloud of thick smoke billowing ominously over a country road. There are several snapshot-like pictures of bad art hanging in drab commercial interiors, as well as signage of every kind, from the makeshift to the stylish: an unfinished US that seems by turns charming and downbeat.

Elsewhere, it seems as if the country is unfolding before him, a flow of fast-food joints, freeways, roadside stores and billboards. Did he set out, like Robert Frank before him, to look for the tarnished soul of America? “Well, I was more fascinated by it than critical of it,” he says, “I had no political axe to grind. I felt more like an explorer.”

For his first road trip, he tells me, laughing, he purchased a safari-style suit from Abercrombie & Fitch, which was then a traditional sporting and outdoors outfitter – “It was where you went if you were going on an African safari or fly fishing in Norway.” For his later trips, he wore a jump suit. ”Back then,” he says, laughing, “they just seemed to me like the right outfits to wear if you were going to drive around exploring America for three months with a camera.”

Did he draw much attention in his safari suit, lugging an old-fashioned plate camera on a tripod? “Strangely, no,” he says. “No one seemed to care at all that I was standing there, maybe six feet away, waiting for the light to change so I could photograph them. Often, they were more concerned when I was wandering about with the Leica. People would often chase me off their lawns and sidewalks.”

Shore’s interest in photography began in childhood, when he was given a Kodak Junior darkroom set by a thoughtful uncle on his sixth birthday. He bought his first photography book, Walker Evans’s classic American Photographs, aged 10, and, at 14, cold-called the esteemed Edward Steichen, curator of photography at Moma in New York, to ask whether he could show him some work. “I didn’t know you were not supposed to do that sort of thing,” Shore told me, laughing. His precociousness paid off, however, and Steichen purchased three photographs, though they have yet to be exhibited there.

Shore’s next port of call was Andy Warhol’s Factory in New York. Having turned up unannounced, Shore hung out at the studio for three years, photographing between long bouts of “sitting around on couches waiting for something to happen”. In 1971, he became the first living photographer to have an exhibition at the Metropolitan Museum of Art in New York, showing a sequence of early black and white images. A year later, he arranged 200 unframed Kodak colour snapshots in grids on the walls of the city’s Light gallery. The exhibition was met with bemusement and consternation from critics, visitors and other photographers, including Paul Strand, then in his 80s, who later told him that “higher emotions could not be communicated in colour”.

Strand and Shore had conflicting views on the function of photography indicative of a wider generational shift in attitude – a move away from traditional pictorialism towards new ways of seeing that embraced colour and the more knowing strategies of conceptual art.

Before Shore embarked on the first of his many road trips, he made a tentative series of colour pictures in Union, New Jersey in 1971, six of which appear in Transparencies. In a way, they are a small, pivotal moment that prefigures the bigger one. “They were all taken at funny angles like I was shooting out of a car window, which I wasn’t,” he explains. “What I was trying to do was take pictures that looked like they weren’t composed. I wanted to get away from the visual conventions of photography, the weight of tradition that informed how you were supposed to structure a photograph. Basically, I wanted to take screwy pictures, but intentionally screwy pictures.”

Now aged 72, Stephen Shore is still interested in the possibilities of what might be called democratic photography. He posts a daily iPhone photo on Instagram, where he has 171,000 followers. Over the past few weeks, he has posted pictures of his dog, Wally, a cute Havanese, his compost, a frozen lake, ice-covered branches, a portrait of Debbie Harry and several snaps of the interior of his car.

“It means I work every day,” he says. “It can be diaristic or it can just be pictures I find interesting. I recently posted a picture of the steering wheel of my car and someone commented something along the lines of: “Jeez, you’ve finally run out of subject matter.” So, I replied: ‘Yep, that’s it exactly.’ I think most people understand my Instagram feed is not my gallery.”

In his 2017 Moma retrospective, he included three years of his Instagram pictures. “People flew in from different parts of the world for the opening, he enthuses, “and they all knew each other from Instagram. It’s amazing in a way. I’m interested in visual thinking, and there is something very personal and revealing about this kind of visual thinking that I just find fascinating.” Still curious, still engaged, Stephen Shore’s way of seeing remains singular and defiantly democratic.

• Transparencies: Small Camera Works 1971–1979 is out this month (Mack, £50). An updated edition of American Surfaces, with 40 previously unpublished photos, is published in April (Phaidon, £49.95). To order a copy go to guardianbookshop.com. Free UK p&p over £15.

Why has Mrs Letitia Sage put on her white fur mantle? The great British art quiz 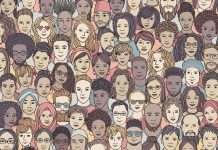 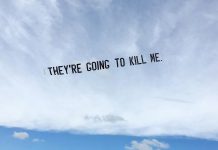 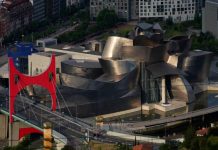