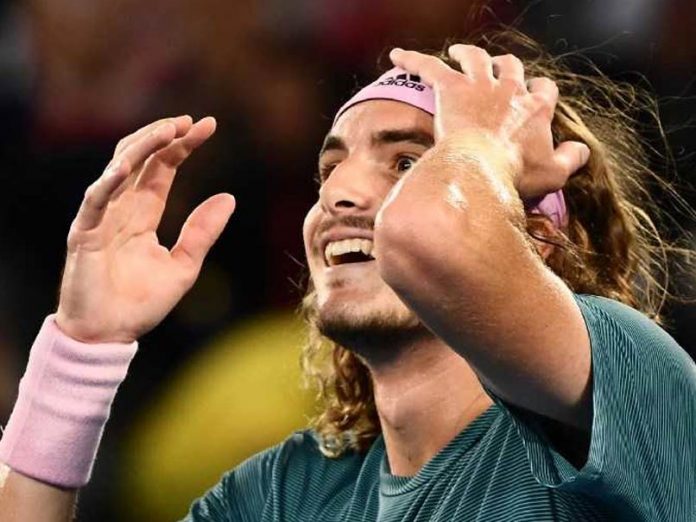 Fiery Greek tyro Stefanos Tsitsipas said it was a “dream come true” after knocking defending champion Roger Federer out of the Australian Open in the fourth round on Sunday. The NextGen Finals winner stunned the world number three, who is 17 years his senior, 6-7 (11/13), 7-6 (7/3), 7-5, 7-6 (7/5) at the Rod Laver Arena. “Roger is a legend of our sport,” said Tsitsipas, almost lost for words. “I have so much respect for him. It’s a dream come true.” Tsitsipas, seeded 14, became the first Greek in history to reach the quarter-finals of a Slam.

“There’s nothing really I can say to describe this,” added the 20-year-old. “I’m the happiest man on earth right now.”

The pair’s only previous meeting in the mixed team Hopman Cup earlier this month was also tight affair that went to two tiebreaks.

Federer prevailed that day but was at a loss to explain how he created 12 points to break the powerful Tsitsipas serve over four sets at the Rod Laver Arena and converted none.

“It definitely didn’t go the way I was hoping on the break points,” a despondent Federer told reporters immediately after his hopes of winning a record seventh Australian Open were shattered.

“I also didn’t break him at the Hopman Cup, so clearly something is wrong how I return him, what I’m trying to do.

“He’s doing a good job to defend them.”

“I lost to a better player who was playing very well tonight,” said Federer. “Hung in there, gave himself chances at some point, stayed calm.

“It’s not always easy, especially for younger guys. Credit to him for taking care of that.”