Federer and Williams bow out

Roger Federer and Serena Williams were born one month apart and having built legendary careers that redefined the concept of longevity in the sport, this year they departed within three weeks of each other.

Both retirements were perfect in their own distinct ways. After exhibiting her greatness one last time by spectacularly defeating the world No 2, Anett Kontaveit, at the US Open, a tearful Williams ended her career with a tribute to her greatest rival, her sister, Venus. While Federer was physically compromised by his chronic knee problems, he played his final match surrounded by friends in Rafael Nadal, Novak Djokovic and Andy Murray at the Laver Cup. It was the sight of Nadal sobbing alongside him after the last ball was struck that underlined exactly what his glittering career means to the sport.

This year will be remembered for retirements. Ash Barty started the dominoes falling early in the season by winning the Australian Open, her home grand slam title, as the world No 1 before heading off into the sunset, but other retirees included Juan Martín del Potro, Jo-Wilfried Tsonga, Gilles Simon and the 2016 Olympic singles champion, Monica Puig.

In the first days of the new year, Novak Djokovic decided to post a picture of himself boarding a plane as he announced that he had secured an “exemption permission” to fly to Australia and compete in the Australian Open. After weeks of speculation about his status for Australia due to him refusing Covid vaccinations, he clearly hoped it would mark the end of the subject.

Instead it was only the beginning. As he took the long flight to Melbourne, discussions raged over whether he would be allowed into the country. When he was stopped at the border and sequestered in immigration detention alongside refugees subjected to Australia’s immigration policies, he became arguably the biggest story in world news.

After days of arduous court proceedings and a brief victory in his first appeal, the No 1 player in the world was deported the night before the tournament began.

Russia’s invasion of Ukraine was always bound to present more challenging decisions for tennis, where individuals employ their own teams and earn their own money, than many other major sports. The war led to one of the most significant disputes in the open era of the game.

Wimbledon’s decision to ban Russian and Belarusian players from its events, backed by the UK government, was a stark outlier compared with the wider reaction from the sport. Russia and Belarus were banned from team competitions but individual players from those nations were allowed to compete as neutral athletes. Both men’s and women’s tours deemed Wimbledon’s decision a clear breach of contract, immediately punishing the tour by removing ranking points from the event. They have followed with comprehensive fines for both the All England Club and the LTA.

After the retirement of Barty, it seemed reasonable to assume that rankings anarchy would follow as the rest of the top women’s players grew accustomed to life without the dominant force. Instead, Iga Swiatek sensed her opportunity and produced one of the most incredible breakthroughs in recent history as she rose to No 1.

Swiatek won 37 matches in a row throughout winter and spring, closing off by winning her second French Open. Then she recovered to win the US Open, despite saying beforehand that she hated the lighter balls used in the women’s tournament at Flushing Meadows: “Honestly, any tournament I play with these balls, I didn’t feel well.”

Most important, the 21-year-old marked herself as the new dominant player in women’s tennis. Still, it will always be a great shame that Swiatek and Barty so narrowly missed each other’s peak.

Carlos Alcaraz has been making history ever since his early teens and his breakthrough this year, in which he won his first Masters 1000 titles in Miami and Madrid, beating Nadal and Djokovic back to back in the latter – the first player to do so on clay – was spectacular enough. He followed up his earlier breakthrough by pulling off an unforgettable maiden grand slam run, winning the US Open after a series of thrilling five-set matches, reaching No 1 for the first time and making it clear that he is the future of the sport.

He became the first male player to take over the top spot after the US Open since his coach, Juan Carlos Ferrero, did it by reaching the 2003 final. “It’s something that I dreamed of since I was a kid – to be No 1 in the world, to be the champion of a grand slam. It’s something that I worked really, really hard [for],” Alcaraz said. 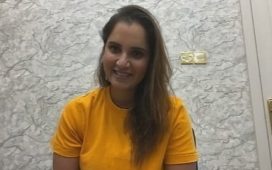