Member of the medical staff work in the hallways of the Intensive Care Unit where Covid-19 patients are hospitalised at the Etterbeek-Ixelles Hospital on April 6, 2021, in Brussels.

Covid symptoms linked to the new omicron variant have been described as “extremely mild” by the South African doctor who first raised the alarm over the new strain.

Dr. Angelique Coetzee, chair of the South African Medical Association, told the BBC on Sunday that she started to see patients around Nov.18 presenting with “unusual symptoms” that differed slightly to those associated with the delta variant, which is the most virulent strain of the virus to date and globally dominant.

“It actually started with a male patient who’s around the age of 33 … and he said to me that he’s just [been] extremely tired for the past few days and he’s got these body aches and pains with a bit of a headache,” she told the BBC.

The patient didn’t have a sore throat, she said, but more of a “scratchy throat” but no cough or loss of taste or smell — symptoms that have been associated with previous strains of the coronavirus.

Coetzee said she tested the male patient for Covid, and he was positive, as was his family, and then said she saw more patients that day presenting with the same kinds of symptoms that differed from the delta variant.

This prompted her to raise the alarm with South Africa’s vaccine advisory committee, of which she is a member.

Other patients she had seen so far with the omicron variant had also experienced what she described as “extremely mild” symptoms, and she added that her colleagues had noted similar cases.

“What we are seeing clinically in South Africa — and remember I’m at the epicenter of this where I’m practicing — is extremely mild, for us [these are] mild cases. We haven’t admitted anyone, I’ve spoken to other colleagues of mine and they give the same picture.”

The WHO has said it will take weeks to understand how the variant may affect diagnostics, therapeutics and vaccines.

Coetzee’s initial observations are only based on a very small number of cases and experts are worried about omicron’s large number of mutations. Preliminary evidence suggests the strain has an increased risk of reinfection, according to the WHO.

Early data suggests the variant is spreading in South Africa more rapidly than previous variants did and that the variant, known formally as B.1.1.529, could be starting to trigger a new wave of infections, according to analysis by the Financial Times.

It could take a while to fully understand what specific symptoms, if any, are attributable to the new omicron variant on a wider scale.

Covid symptoms have changed since the virus first emerged in China in late 2019, according to experts tracking the disease. The “alpha” and “delta” variants, first discovered in the U.K. and India, were seen to cause different symptoms, for example, with the latter causing more headaches, a runny nose and fever.

The U.S. CDC has highlighted the variety of Covid symptoms that have been reported, noting that “anyone can have mild to severe symptoms” that may appear 2-14 days after exposure to the virus.

The list of symptoms the CDC lists includes fever or chills, a cough, fatigue, shortness of breath or difficulty breathing, muscle or body aches, headache, new loss of taste or smell, sore throat, congestion or a runny nose, nausea or vomiting and diarrhea.

A swathe of countries have now temporarily banned travel from several southern African countries where the variant has been found, a move slammed as a “knee-jerk, draconian” reaction by South Africa’s health minister on Friday.

Asked by the BBC’s Andrew Marr whether countries like the U.S., U.K., Israel and EU were “panicking unnecessarily,” Coetzee stressed that the omicron variant had already likely spread to those countries.

“I think you already have it there in your country without even knowing it so I would say at this stage, definitely. Two weeks on, maybe we will say something different,” she added.

Margaret Harris, spokesperson for the WHO, told CNBC Monday that “we have South Africa to thank” for raising the alarm over the new variant, which has already been found in the U.K., France, Israel, Belgium, the Netherlands, Germany, Italy, Australia, Canada and Hong Kong, but not yet in the U.S.

The WHO’s Harris said the organization didn’t like to see travel restrictions but understood that countries needed to take precautions based on their own epidemiological situations and risk-based analysis of the current data.

The U.N. health agency said on Monday that the delta variant is still responsible for most of the current infections globally and, as such, was still its biggest concern.

“Over 99% of cases around the world are due to the delta variant and more deaths are occurring in the unvaccinated,” WHO Chief Scientist Soumya Swaminathan told CNBC’s “Squawk Box Asia” on Monday.

“I think that’s our priority while we wait to find out more about [the omicron] variant.” 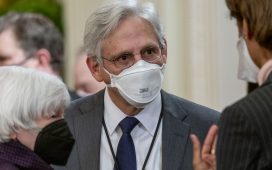 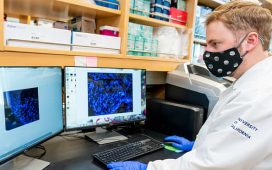 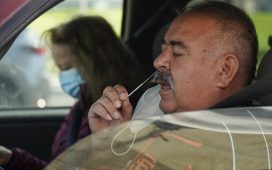