Sorare teams up with MLB on NFT-based fantasy sports

Did you miss a session from GamesBeat Summit 2022? All sessions are available to stream now. Learn more.

The game is a fantasy baseball title that will be released this summer. Fans will create teams with NFTs representing Major League Gaming players. Then they can enter tournaments and see the results based on how players do in the real world. Players can start with free card, but they have the option to pay for NFT cards. They can keep playing with these cards and earn rewards or resell them on the marketplace for real money.

Sorare has had great success with its fantasy soccer game that uses non-fungible tokens (NFTs). This type of partnership is why Sorare was able to raise $680 million on a $4.3 billion valuation in a deal with SoftBank last year.

As the Official NFT Baseball Game Partner of MLB, this partnership with Sorare gives fans a platform to celebrate, share and own their MLB passion through gaming, Sorare said. For Sorare, this partnership expands its unique concept beyond soccer for the first time.

“The connection between Americans and baseball is enduring. And baseball has always been on the cutting edge of new technologies and innovations, so we’re proud that MLB and the MLBPA have chosen Sorare to deliver an NFT MLB Game to fans globally,” said Nicolas Julia, CEO of Sorare, in a statement. “MLB has been at the forefront of interactive games for decades, while baseball has some of the oldest and most established forms of sports memorabilia. Together they show how much fans want to own and be a part of the game. Today, as digital engagement and technology evolves for a new generation, our partnership will help a new and broader fanbase to connect with America’s pastime.”

The purpose of Sorare’s MLB Game is for fans to create the best team of NFTs representing Major League Players and connect with athletes, clubs and the league further during the live experience of baseball games. Further details of the game will be announced closer to the product launch this summer.

“The connections we build with our fans are vital and Sorare understands the importance of that bond,” said Commissioner of Baseball Robert Manfred, Jr., in a statement. “The company’s focus on transforming fandom through an innovative combination of sports, technology and gaming to let fans truly own a piece of the game they love is unique and goes beyond borders – allowing us to bring the love of baseball to more fans across the globe.”

Going beyond collectibles, Sorare said it creates a unique gaming experience for fans that brings them closer to the teams, leagues and players. By combining digital assets with free-to-play games, Sorare is designing an experience where fans can manage their favorite players, hone a passion and win weekly rewards, unlocking utility for NFTs.

The Sorare MLB NFT game will create an opportunity for the league to engage new fans globally and to introduce existing baseball fans to Sorare’s community of 1.8 million registered users across 185 countries.

The company expects to grow its young and digitally native audience further in the US with MLB. In March, the soccer game had 370,000 monthly active users in 185 countries.

“Sorare has built a new baseball gaming experience that will excite fans around collecting Players’ NFTs, building winning lineups and competing against baseball fans all over the world,” said Tony Clark, executive director of Major League Baseball Players Association, in a statement. “We are very excited about our partnership and the effect Sorare’s first foray into North American sports will have on the growth of our game globally.”

OneTeam, the MLBPA’s group player licensing partner, facilitated the deal. “We are proud to have collaborated with visionary partners in Sorare, who have reimagined the fan experience through their NFT-based games. The partnership will bring fans even closer to the extraordinary MLB players they admire, as we explore new forms of gameplay and collection.,” said Henry Lowenfels, Chief Product Officer, OneTeam.

Based in New York and Paris, Sorare is funded by a world-class team including Benchmark, Accel Partners, Softbank, and athletes and business angels such as Serena Williams, Alexis Ohanian and Gary Vayernchuck. The company started in 2018.

Sorare is replicating the architecture of their soccer NFT game to baseball with two core products. It has a marketplace to scout, collect and trade MLB NFTs. These NFTs will be built on Ethereum, just like the company’s soccer product, meaning users are free to trade and play them elsewhere.

And it will have a game where you can enter competitions, compose your team and enjoy a live scoring of the team. Based on your performance in the game, you can win prizes. Sorare is a free-to-play game in which players own their cards completely so there are no wagers involved. There’s no fee to enter tournaments and players have no risk of playing with their cards — they will still belong to them at the end.

The fantasy sports element creates a new level of engagement and deep connection as players build their lineup with cards they own, based on players and teams they love, who are performing well, or who they think are undervalued and will improve, a spokesperson said. 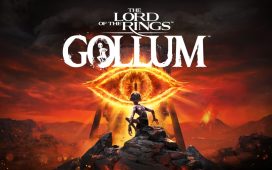 The Lord of the Rings: Gollum to release this September, but with Switch delay 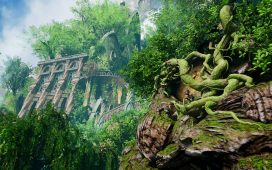 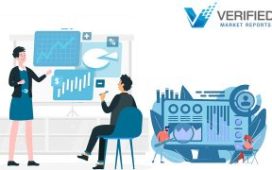 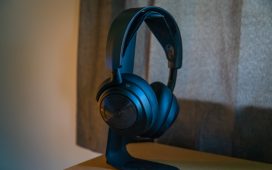 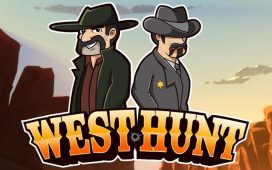 West Hunt, a new social deduction game, is moseying up next month 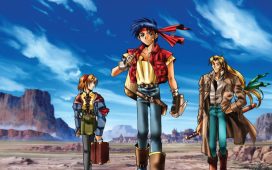 Sony's PS Plus classics have an unfortunate catch 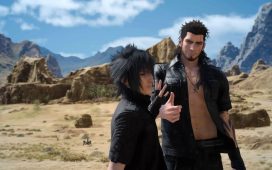 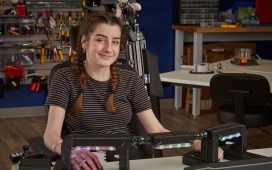