Counting her blessings! Sophie Turner shared one of the perks of having Joe Jonas as her husband.

Joe Jonas and Sophie Turner: A Timeline of Their Romance

The Game of Thrones alum, 23, posted a cute photo of the “Sucker” crooner, 30, softly smiling while holding up a large bowl of pasta. “One of the many benefits of marrying a good Italian boy… @joejonas 😍🍝🌹,” she wrote via Instagram on Tuesday, March 24, before teasing, “Also, please may I have my hat back.”

Earlier this month, the Dark Phoenix actress noted that the Grammy nominee was her “favorite piece of visual art” during an Instagram Story Q&A she did with fans.

Turner first said “I do” to Jonas in a surprise ceremony held in Las Vegas after the Billboard Music Awards last May. In the month that followed, the couple tied the knot again in a more lavish ceremony held in Sarrians, France.

Speaking to Elle UK for its April 2020 cover story, Turner opened up about married life with Jonas. At the time, she shared the things that have changed in their relationship following their nuptials.

“I feel as though the only thing that’s changed for me is having this incredible sense of security,” the English star explained. “Just the word ‘husband’ and the word ‘wife’ — they solidify the relationship. I love being married. I think it’s wonderful. I’m sure we’ll have our hiccups, but right now the security and the safety are everything.”

Joe Jonas and Sophie Turner’s Sweetest Quotes About Their Relationship

Turner then pointed out another benefit of their marriage includes the close bond she has with her sisters-in-law, adding, “It’s also nice to have built-in friends. They are actually really cool, and I can hang out with them. We can talk to each other about how crazy the boys’ lives are — we can relate on so many different things. It’s, like, thank god, because you never know about your in-laws.”

In closing, Turner shared with the publication that they’re “all one big family” because her husband’s brothers “are best friends.”

On February 12, Us Weekly confirmed that Turner and Jonas are expecting their first child together. A source told Us exclusively that the Barely Lethal actress is “due in the middle of summer.” 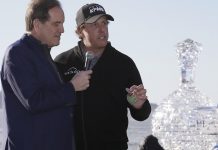 ‘Modern Family’ Series Finale: How Did It End? 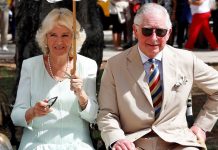 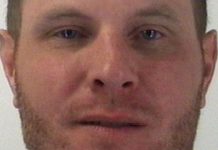 ‘The Challenge’ Recap: Jenn Pisses Off Dee By Flirting With Rogan & A New Twist Is Revealed

‘The Masked Singer’ Recap: A Model & Former KarJenner BFF Is Revealed As The Kangaroo 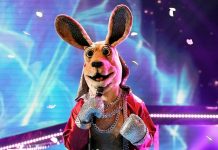 Jessica Biel Gushes Over Son Silas on His 5th Birthday: ‘Covered’ in Cake 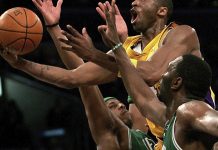