When American distance runner Mary Cain spoke out last week about her time at Nike Oregon Project, and the emotional and physical trauma she suffered while training there, it felt as if the entire running world stood up in outrage.

This was her own personal account of the negative experiences she had after her decision to chase her dream of being the best distance runner in the world. Cain felt the best way to go about that was to work with the world’s most famous track coach Alberto Salazar, and the team of the fastest athletes in the world he headed up at the Nike headquarters in Portland, Oregon.

After she revealed her experiences, particularly Salazar’s obsession around her running weight, many elite athletes and especially elite women athletes highlighted this issue for young female distance runners, and those responsible for their welfare.

At the same time there’s no doubt that many of them were also brought back to their own days as a young athlete, and what they believed it took to be the best. It may well have resonated for any young talented athlete who was ever told they were the next best thing in their chosen sport.

Part of the issue here is that it’s never enough to celebrate athletes for their achievements at youth and junior level. They’re so often asked about their future, or told about their potential. Everyone gets excited; the athletes, the parents, the coaches, the fans, and that rush to get to the next level can often miss a few key development steps along the way.

I found it hard not to think about Cain’s story throughout the week, her well thought out words, harrowing and honest reflections, but also to be reminded of what it was like as a young 17-year-old athlete with the world at your feet, and with so much expectation too.

I grew up at a time that when I started at Villanova University, at age 17, every Monday we were expected to meet at the weighing scales. That magic number 114lb was also thrown around. It didn’t really mean much to me, as I was so used to stones as the measure of weight straight off the plane from Ireland. And I wasn’t even sure of the purpose. I do remember a fair amount of giggling and hopping on and off the scales as quick as you could, before heading out for a run.

It was a very old school method, and you took it for what it was. I know some athletes feared it more than others. I was also injured for most of my first year, which meant I had nothing to really measure up with, in a race or training session. Yet for most of my life I had it ingrained in me that lighter is better, and I had to somehow make this work for me without being obsessed.

It always seemed to be the simplest thing when things are going well, when running comes easy and races are fun and enjoyable. It only really becomes an issue when you start to run bad, lose confidence, and look for reasons why.

The world is a very different place now and there is so much more knowledge available to athletes and coaches. I’m not sure when the change happened, but there came a time when the skinny female athlete was cast aside in favour of the strong female athlete.

Talk about power-to-weight ratio became more about the power than the weight, and the focus began changing from being all about running to being more about powering the body to run faster over the specific distance, through more attention to strength and conditioning work.

It is so important for young athletes to consider every detail, not just running more and eating less as was common throughout the 1980s and into the 1990s. This was also a period where athletes trained and raced more seasonally, and their lifestyle and diets were also seasonal. So it was more likely to have downtime from training and from a regimented focus on diet, to a bit more of a feast or famine approach.

It was never easy those first few runs back, and it always seemed to take a lot more time to regain the athlete’s body than it did to lose it. For me, as the season wound down, I was already looking ahead to the next season and how I could be better.

The thing with any elite athlete is you always want to be better, and will always look for that extra advantage. And no matter what way you look at it, there will come a time when an athlete needs to think about their weight and how best to achieve the optimal weight to deliver the desired level of performance.

How to go about this, without the weight issue becoming more important than the training, is the sometimes tricky part. It comes down to the basic fuel to perform, like putting petrol in your car: the better the grade of fuel the more efficient your car will run. It’s about ensuring you don’t run out of fuel, and that’s the message some young athletes often fail to understand.

There is always a time when an athlete will need to cut weight, but this needs to be managed at a quiet time in the year. It can’t be mid season. Athletes are not like boxers or jockeys, who are mostly focused on weight on the eve of their biggest competition.

For athletes, it needs to be worked on in the pre-season, so that when you reach the racing season it’s all about maintaining a healthy balance and knowing what works for you. This can take practice and little adjustments each year to fine-tune the athlete’s body leanness while maintaining strength.

There is no getting away from the fact that elite athletes are a small percentage of the world’s population. As a result a lot of what they do is on an extreme level to begin with, whether that’s the hours spent training, or the precise ingredients in each meal, or the hours of sleep required each night.

Many things I do in my normal daily life are still remnants of my elite athlete days. I am particular about what I eat, and also that I get enough exercise each day. It would probably feel a bit regimented and extreme to many, only nowhere near the level required when competing on the World and Olympic stage.

It many ways Cain was speaking about the elephant in the room, something a lot of elite athletes and coaches are already aware of but still is often hidden or held secretive by so many.

Her talking about the issue might also encourage young athletes and coaches to be more open, honest and communicative around areas of the sport that go beyond the basic training programme, all the pieces that can make such a difference in a young athlete’s development. Pointing the blame at one person or group is only a part of that process, and also highlights that more still needs to be done to safeguard young athletes entering the professional world of athletics. 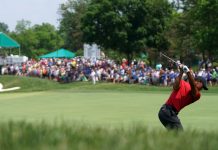 PGA Tour Nixes Plan to Have Fans at the Memorial Tournament

Eng vs WI | ‘Means a hell of a lot to us’, says coach Simmons 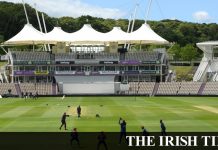 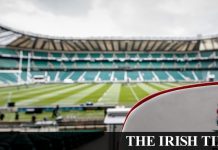 English RFU announces 139 redundancies in a bid to cut costs 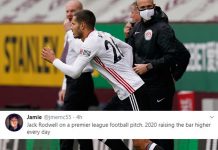 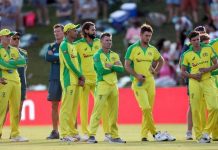 Australia told to get ready for England series as T20 World Cup set to be postponed: Report