Many GOP lawmakers who sailed to victory in states with anti-abortion laws balk at the idea that Democrats’ focus on abortion rights is evidence the left’s message resonated with voters. Instead, they’re taking their electoral victories as a mandate to pass additional abortion restrictions.

“South Carolina had a huge red tidal wave in this election. We flipped eight seats in the South Carolina House of Representatives … We all ran on pro-life,” said South Carolina Republican Rep. John McCravy, who spearheaded efforts this summer to prohibit abortion in most cases starting at conception. “If anything, we need to ramp our efforts up.”

In North Carolina, GOP Senate leader Phil Berger said in an interview he believes a bill limiting abortion to 12 or 13 weeks with exceptions for rape, incest, life of the pregnant person and in cases where the fetus won’t survive is the “sweet spot as far as where the public would be.”

In Virginia, Republican Gov. Glenn Youngkin backs banning most abortions at 15 weeks with exceptions in cases of rape, incest or if the pregnant person’s life is at risk, and tasked a panel of Republican legislators to draft a bill for consideration next year. And in Nebraska, lawmakers are expected to again take up abortion restrictions after failing to limit access to the procedure to 12 weeks this summer.

“The truth is, Virginians want fewer abortions, not more abortions,” Youngkin said in a statement. “We can build a bipartisan consensus on protecting the life of unborn children, especially when they begin to feel pain in the womb, and importantly supporting mothers and families who choose life.”

At the same time, Republican lawmakers are backing policies that would expand government support for families and children, such as providing housing to pregnant people, extending Medicaid postpartum coverage, and offering tax exemptions on household goods for babies and toddlers. In Florida, for instance, Republican Gov. Ron DeSantis has proposed a permanent tax exemption for diapers, baby wipes, clothing, cribs, strollers and other necessities for children under five.

While GOP lawmakers have pushed these kinds of policies in the past, they believe they need to do a better job about telegraphing them to the public to demonstrate to voters a positive agenda — not just what they’re against.

“It’s critical because the only way you’re really going to move people’s emotions and temperaments for having abortion as a first option is to change hearts and minds,” said Indiana Republican state Sen. Liz Brown. “This is winning the hearts and minds of women, saying, ‘They’re not your friends, they’re not on your side. They want you to be able to have an abortion up until the birth of the baby, but they walk away from you, and we are there to help you.’”

But the coming flurry of anti-abortion legislation also risks dividing the Republican Party as some state lawmakers take a no-compromises approach to new abortion restrictions, while others remain willing to negotiate to put a bill on their governor’s desk.

Those divisions played out during special sessions this summer in Indiana, South Carolina and West Virginia, where some anti-abortion Republicans were accused of being insufficiently “pro-life” because they supported exceptions for rape or incest, or were willing to compromise on prohibiting abortion after the detection of fetal cardiac activity, around six weeks into a pregnancy, instead of at conception.

“Now, could somebody demagogue that as insufficiently pro-choice or overly pro-choice, or insufficiently pro-life or overly pro-life? I think folks at the extremes will do that,” Berger, the North Carolina Senate leader, said of his support for a 12- or 13-week limit. “We just need to be careful how we approach this, and we need to be mindful of how personal some of the positions that members will take on this issue might be and be respectful of that.”

Abortion-rights proponents, however, argue that Republican electoral victories should be seen as no more than a byproduct of newly redrawn district lines — not as a mandate to enact anti-abortion policies.

“They’ve shown regardless that even when they do have majorities, they’re never satisfied with just one more abortion ban,” said Andrea Miller, president of the National Institute for Reproductive Health. “They keep doubling and tripling and quadrupling down, trying to find new ways to further punish and threaten those who provide and seek abortion care.”

Florida, Nebraska, North Carolina and Virginia — four states where there is a Republican governor or at least one GOP-controlled legislative chamber — are anti-abortion groups’ top targets for new limits on how far into a pregnancy someone can access the procedure. Abortion is currently legal until 15 weeks in Florida, 20 weeks in Nebraska and North Carolina and the third trimester in Virginia.

“You’re going to have to make a run for what you can get with the caucuses that you have. The other side has spent nearly 50 years trying to change our culture,” said Sue Swayze Liebel with Susan B. Anthony Pro-Life America at a recent gathering of the National Association of Christian Lawmakers. “We have to work hard to get back hearts and minds, including in your own caucus.”

In North Carolina, for instance, Republicans secured a veto-proof supermajority this year in the Senate but fell one seat short of a supermajority in the House. Legislative leaders are hoping they’ll be able to get at least one Democrat to sign onto new abortion restrictions that would allow them to override an expected veto from Democratic Gov. Roy Cooper, who opposes any changes to the state’s abortion law.

According to a report from the Society of Family Planning, North Carolina saw a 37 percent uptick in abortions between April and August, the largest of any state, which means a new abortion ban stands to have a significant impact not only on North Carolinians’ ability to access the procedure, but those in surrounding states as well.

“I believe that all of the Democrats elected in the statehouse believe that reproductive freedom is important, and I look forward to working with them to hold the line,” Cooper told POLITICO. “This is important in the southeastern United States. North Carolina has become an access point for many women throughout the Southeast.”

In South Carolina, lawmakers plan to try again to amend the state’s six-week ban and prohibit abortions starting at conception after legislators failed to agree on a path forward during the summer.

“I do think it’s possible,” said South Carolina Republican state Sen. Richard Cash. “If we get another bill through committee, the hope would be there would be enough grassroots pressure in the state to persuade the Senate leadership to put it on the floor and see if there aren’t a few votes that would be changed as a result of people having had time to reflect on everything that’s happened.”

Students for Life, another anti-abortion group, is encouraging lawmakers not to give in.

“Even if you’re against the exceptions for abortion in cases of rape — which we are, your parentage doesn’t determine your value — your constituents are actually much more in line — or closer in line — with your position than the Democrats’ position,” said Kristan Hawkins, president of Students for Life.

The group is also pushing state lawmakers to introduce bills requiring doctors who prescribe abortion pills to collect and treat fetal tissue as medical waste, part of a broader strategy to use concerns around the environment to restrict access to medication abortion. They’re also encouraging red state attorneys general to prosecute doctors and abortion pill manufacturers.

In other states, lawmakers are eyeing legislation to support pregnant people, families and babies — proposals they believe will not only dissuade people from seeking abortions in the first place but could improve their standing with moderate voters who view their movement as more punitive than compassionate.

Abortion-rights proponents, however, argue that much of red-state spending on this issue has gone toward crisis pregnancy centers, which they say use deceptive and misleading tactics to encourage people to carry their pregnancies to term. Miller said funding such facilities “does not address the crisis in prenatal care.”

“The policymakers and advocates who have moved the ball forward on affordable housing, on prenatal care, on child care, on investments in education, on Medicaid expansion, on all of the policies that we know are part and parcel of reproductive freedom and reproductive justice have been moved forward by elected officials and advocates who support abortion care,” Miller said. “Do I want to see policies like that move forward? Absolutely. Do I question the motives? Absolutely.”

In Indiana, lawmakers allocated $75 million to support social services for families — including $45 million to establish a “Hoosier Families First Fund” that will allow the state to award grants to support families and $10 million in child care vouchers — at the same time they passed a bill prohibiting abortion except in cases of rape, incest and life endangerment this summer.

In Mississippi, where abortion is banned except to save the life of the pregnant person or in cases where a rape is reported to the police, Republican Gov. Tate Reeves recently announced a plan for “advancing the new pro-life agenda” that includes establishing a child care tax credit, removing the five-child cap on child support and allocating $3 million to hire more attorneys to clear the state’s adoption backlog.

In a statement, Reeves said he was hopeful the state would “make serious progress in advancing sound policies that strengthen families and simultaneously lay out a policy roadmap for other states to follow” next year.

And in Wyoming, lawmakers are eyeing expanding postpartum Medicaid coverage.

“We know that just because there’s no legal abortion in a state, that doesn’t mean there won’t be women who need help, who need support,” said Katie Glenn, state policy director for Susan B. Anthony Pro-Life America.

CORRECTION: An earlier version of this report misstated the political affiliation of North Carolina governor Roy Cooper. He is a Democrat. 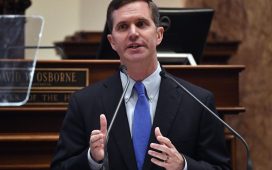 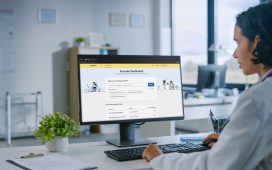