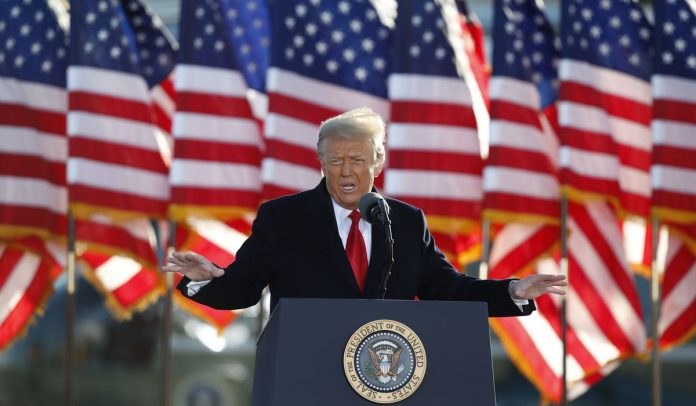 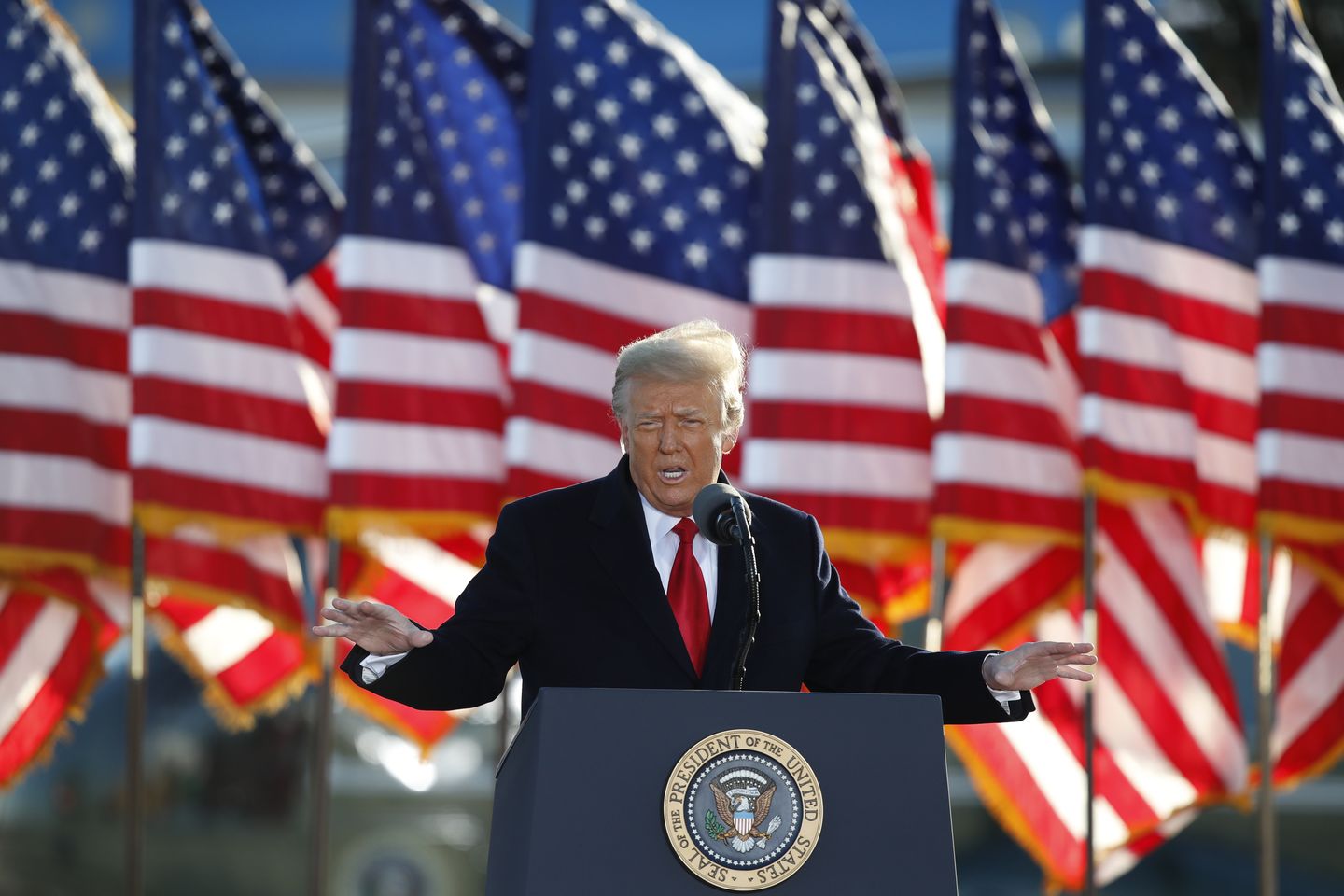 As the spring of former President Donald Trump’s discontent turns to summer, Mr. Trump is growing increasingly critical of President Biden and airing his views more frequently while working on a new GOP agenda.

Mr. Trump also faces rising legal jeopardy, with the disclosure that Manhattan District Attorney Cyrus Vance Jr. has impaneled a grand jury that will consider criminal charges against either the former president, the Trump Organization or others associated with his company.

And Mr. Trump continues to argue that the 2020 election was stolen from him, calling attention frequently to a Republican-led audit of election results in Maricopa County, Arizona. One of his recent targets is Arizona’s Republican attorney general, Mark Brnovich.

“As massive crime in the 2020 election is becoming more and more evident and obvious, Brnovich is nowhere to be found,” Mr. Trump said recently. “He is always on television promoting himself, but never mentions the Crime of the Century, that took place during the 2020 Presidential Election, which was rigged and stolen.”

The former president has been meeting with former House Speaker Newt Gingrich, Sen. Lindsey Graham of South Carolina and other prominent GOP figures to craft a new Republican Party agenda for the next two election cycles. In formulating priorities similar to Mr. Gingrich’s 1994 “Contract with America,” Mr. Trump’s visitors are counseling him to look ahead instead of backward.

“Trump feels legitimately that the last election was not run accurately, and some of his anger is legitimate,” Mr. Gingrich told The Washington Times. “But this is a country that looks forward. And to the degree that he wants to remain the dominant player in the Republican Party, I think he has to ultimately shift from 2020 to 2024. That’s a work in progress.”

The Republican agenda that’s forming in these discussions, Mr. Gingrich said, will be a positive platform that blends Mr. Trump’s Make America Great priorities on trade and immigration with an emphasis on public safety, and attacking far-left initiatives such as critical race theory and The 1619 Project in schools.

After conferring with Trump pollster John McLaughlin, Mr. Gingrich said support for school choice among Blacks and Hispanics was a key in Republican Gov. Ron DeSantis’ election in Florida in 2018.

“Among Blacks and Latinos, there’s about 72% support for school choice,” Mr. Gingrich said. “There are positive things that we can offer people a better future, that aren’t just being negative or just looking at the scandals of the various incompetencies of the Biden administration.”

Mr. Graham said he has told Mr. Trump repeatedly in talks about leading the party that “if you try to make it about 2020, you’re going to screw it up.”

“Most people are looking at how can you make my life better, and they probably [do] not have a lot of sympathy for Trump continuing to say the election was stolen,” Mr. Graham told reporters this week. “His fate is our fate. If we do well in 2022, it helps him because he’s the leader of the party. If we don’t do well, it hurts him.”

The senator said, “We’re working on something that can unify the Republican Party. I keep telling President Trump, ‘Policy’s your friend.’”

Still banned from Twitter and Facebook, Mr. Trump has been issuing a daily flurry of press statements from his headquarters at Mar-a-Lago in Florida and making more appearances on radio and TV. Two months ago, Mr. Trump was averaging a few public comments per week, but now he’s often issuing several statements per day.

“I have been doing very limited media so the American public could see just how big of a disaster the Biden administration has been, and I was right,” Mr. Trump said on Tuesday. “Inflation, the border crisis, our forgotten military, war in the Middle East, all as a result of Biden’s mistakes. Our country is being destroyed. Watch, it’s only going to get worse!”

That same day, Mr. Trump also highlighted an Ipsos/Reuters poll showing that 53% of Republicans believe that he is still “the true president.”

“I always knew America was smart!” he said.

He ended the day by responding to reports that Mr. Vance has convened the grand jury that will investigate the former president and his company.

“New York City and state are suffering the highest crime rates in their history, and instead of going after murderers, drug dealers, human traffickers, and others, they come after Donald Trump,” the former president said. “This is purely political, and an affront to the almost 75 million voters who supported me in the presidential election, and it’s being driven by highly partisan Democrat prosecutors.”

He concluded, “Our country is broken, our elections are rigged, corrupt, and stolen, our prosecutors are politicized, and I will just have to keep on fighting like I have been for the last five years!”

Mr. Trump has said he won’t decide on whether to run in 2024 until after the midterm elections next year. When asked about it this week, Mr. Trump told Fox News radio host Dan Bongino, “We are going to make you very happy. And we’re going to do what’s right.”

The battle over Mr. Trump looking to the past or the future will get road-tested soon. He is scheduled to headline the North Carolina Republican Party’s convention on June 5, followed by rallies soon after in Ohio, North Carolina, Georgia and Florida.

Mr. Trump has not spoken to supporters at a campaign-style rally since the “Stop the Steal” event in Washington on Jan. 6, which preceded the riot at the U.S. Capitol.

Mr. Graham says he’s recommended to Mr. Trump that focusing on a positive agenda “would be a great step in the right direction.”

“We’re trying to make the [2022] election about [Democrats’] failed policies,” the senator said. “And I’m sure they’ll try to make it about President Trump.”

Mr. Gingrich said that in discussions with Mr. Trump’s pollster, they identified 16 issues that have the support of 85% or higher, including concerns about the teaching of critical race theory.

“People don’t want their children brainwashed,” he said. “They don’t want them being told again and again and again that they’re racist. They’re for teaching accurate American history. So I think that there’s a potential to draw a clear line on issues in a positive way. And I think you’ll see that [in a party agenda] across the board.” 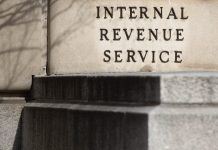 Treasury says tax gap to balloon to $7 trillion over next decade, calls for beefed-up IRS 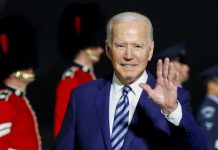 US image improving in countries around the world under Biden, new poll finds

With An Eye To History, Biden And Johnson Try To Rekindle The 'Special Relationship' 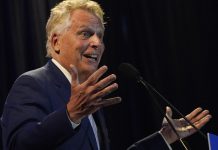 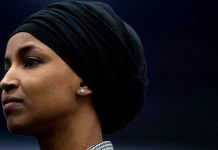 Ilhan Omar Again Sets Off a Fight Among Democrats 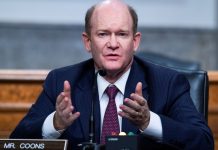 Apple and other U.S. companies are under pressure to answer for China's 'repression,' key Biden ally says 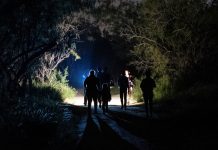 The filibuster: why Congress needs to end the paralyzing process 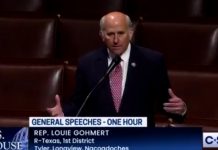 Obama hasn’t changed much at all. There’s something frustrating about that | Nicholas Russell 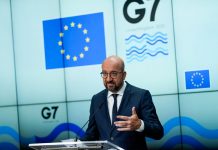