Students at Soas University of London have called for its director to resign after a meeting where he used the N-word in response to a question about lecturers using the term in class.

In a meeting on Thursday afternoon between students and Adam Habib – a recording of which has been seen by the Guardian – a student asked: “How can Soas issue statements about Black Lives Matter while … allowing lecturers to say the N-word in class?”

In response, Habib, saying the word aloud, said: “The issue around that is, I personally on the n****r, somebody making that allegation, then just bring it to me, I don’t know the case.”

One student interjected and said it was not acceptable for Habib to use the word. They said: “It’s been used by lecturers and, historically, has been ignored when students have raised it, and now you have just used it in a public meeting with students.

“Like many students have been saying, I find it unacceptable myself that you have used that word in a meeting. Absolutely unacceptable.”

Another student added: “I’m sorry but you are not a black man, you can’t use that word.”

In response, Habib, who is originally from South Africa and has been the director of the university since the new year, defended his use of the word by saying: “You do [find it unacceptable], I don’t actually. I come from a part of the world where we actually do use the word.”

Habib then said, in response to a black student saying he shouldn’t use the word: “I’m sorry I offended you. I come from a part of the world when somebody uses it, the context matters. What I was trying to simply say is that if you find it offensive I’m sorry.”

After the meeting, discussions among parts of the student community raised the issue of Habib potentially resigning after his comments.

Habib posted a series of messages on Twitter in which he reiterated he had apologised and said: “The question is: why is it that after this apology, some are still politicising the issue?”

He added: “So why don’t I think it was problematic to use the word when I did. Well, because context matters and I was arguing for taking punitive action. You cannot impute maligned intention without understanding context. Do I believe that only blacks can verbalise the word. No, I don’t.

“I am aware that this is a common view among activists committed to an identitarian politics. I don’t identify with this political tradition. I grew up in a political tradition that is more cosmopolitan oriented and more focused on the class dimensions of structural problems.”

Hisham Pryce-Parchment, the student union’s anti-racism officer who was present at the meeting, said many students posted on social media afterwards saying Habib should resign, and that an apology would not be enough.

“He doesn’t actually grasp, and seems incapable of grasping the violence of the words, particularly for black students,” he said. “The whole thing was shocking from start to finish.”

He added: “I know that many black students quit the call and didn’t wait for the end of it when he said that. I don’t think he can just apologise and we can be like: ‘OK, let’s move on.’”

The student union issued a statement saying that what happened at the meeting was “unacceptable, disgusting and to be unequivocally rejected”. It is also considering what steps it should take, with one option being to launch a university-wide referendum on whether Habib should be removed as director.

Sabrina Shah, the co-president for democracy and education at the student union, said that after students had expressed discomfort and challenged Habib on saying the word aloud, he doubled down.

“After being challenged on using that word and explicitly being told it is unacceptable, and rather than retracting it and understanding and recognising the harm that was caused, he doubled down and said that it is acceptable to be using those terms.”

Yasmin Elsouda, the co-president for welfare and campaigns, reiterated how students felt shocked by the incident. “I think that his comments were extremely harmful. So obviously him answering that question in that way and saying that word is absolutely shocking.”

Habib told the Guardian: “A student did indeed pose a question that Soas was not responsive to anti-black racism and suggested that a staff member who used the word is still on the payroll. I did indeed use the word and said the following: ‘If someone used the word against another staff member, then it would violate our policy and the case should be brought to my attention.’ I also said that this is the first that I had heard of the incident.

“I then did apologise saying that no offence was intended, and I again said that if the word was used by a staff against another human being, then it would be a disciplinary offence as it would violate our policies.

“I am not sure why I should resign. No malevolent intention was behind my mention of the word. If anything, it was the opposite: a commitment to act if the word was used against another human being by anyone within our institutional community.” 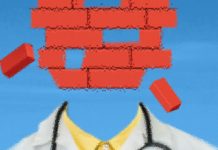 Why do my children find me so annoying? I fear it is nothing to do with lockdown | Zoe Williams 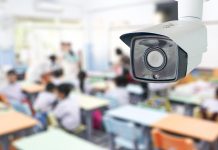 Cameras Are Being Used To Punish Students, Not Stop School Shooters 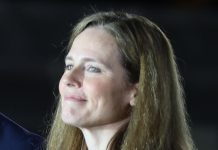 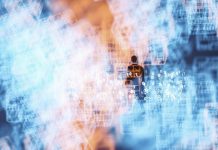 It’s Understandable That Some Education Leaders Want Hard Answers About How Far Students Have Fallen Behind This Year. They Can’t Have Them. 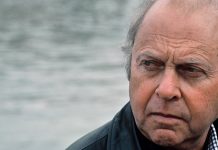 ‘Not built for minorities to succeed’: black scientists on academia’s race problem 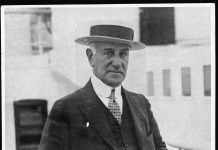 Guggenheim Fellows For 2021 Announced. Here Are The Universities With The Most Winners.