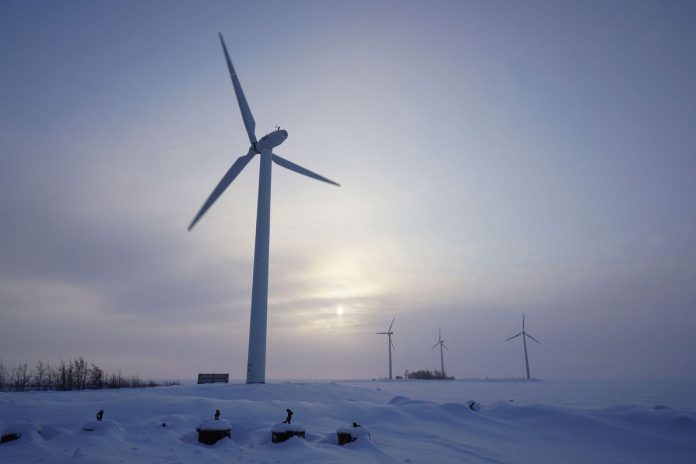 Despite early attempts to paint the Texas blackouts as the result of over-reliance on renewables, it seems that its the resilience of the grid that is at fault. That opens up a number of questions about the need for grid interconnections, new infrastructure investments and increasing support for renewable energy deployment.

Earlier this year, Filippo Gaddo, Head of Energy Economics at Arup warned that the combination of supply, varying demand and changing weather conditions will put more stress on grids and networks. There is growing awareness of the potential impact of severe weather conditions on grid resilience, from the winter storm that has taken out the Texas grid, to the damage heat caused to the California grid last year.

While some initial responses to the Texas energy crisis contained accusations that the failure in Texas was due to frozen wind turbines and problems with other renewable assets, it now appears that the key problem was lack of weatherisation protection in natural gas, coal and even nuclear assets. In simple terms, the system wasn’t prepared for the weather. At a press conference, Dan Woodfin, a senior director for the Electric Reliability Council of Texas (ERCOT) said that a lot of the generation that had tripped or gone offline was due to the natural gas system issues.

Reed Blakemore, Deputy Director at the Atlantic Council Global Energy Center said, “even though frozen wind turbines are grabbing headlines, coal, nuclear, and natural gas output (all of which supply more input for the grid in the winter than wind or solar) are also underperforming due to the severity of the freeze, making the current crisis less an issue of one energy source’s reliability over another.” The central issue is that electrification of the grid needs to go hand in hand with modernization of the grid.

While some wind turbines were iced out of operation, it’s the failure to effectively manage assets that is of most concern. Turbines in the Arctic Circle have worked in temperatures as low as -30 degrees Celsius (-22 degrees Fahrenheit). Many turbines, including Vestas Wind Systems A/S Cold Climate Solutions, are now designed to operate in cold climates, providing low temperature operation, ice detection and both anti and de-icing options.

Anders Riis, Head of Communications, Vestas said, “Wind turbines, when outfitted with cold weather solutions, are able to withstand weather conditions like those seen in Texas, and regularly continue to operate safely and reliably in environments that regularly experience extreme cold weather including Canada, Minnesota, the Dakotas, New York, Sweden, Denmark and more. If we want to accurately diagnose what happened today to prevent tomorrow’s crisis we must use facts, and while wind and solar experienced disruptions, they did perform within the grid operator’s expectations. Wind energy already operates in cold climates, so let’s try and figure out how we can create a more resilient and sustainable energy system. The solutions are already here and they don’t worsen the climate crisis.”

The issue is one of preparedness and resilience. Unprecedented cold drove up electricity demand in Texas just as the weather created problems in the network. The problem is that, to use insurance parlance, ’100 year storms’ which used to occur every hundred years or so, are now becoming more frequent and infrastructure is not ready for the challenge. According to reports, at least 30GW of fossil fuel and nuclear generated power went offline on 15thFebruary, along with 16GW of renewable energy.

Will Jolley, Director of Technical Sales, LevelTen Energy said, “With more renewable energy projects replacing natural gas, and better winter weatherization standards, the grid would be more resilient during extreme weather events, which are expected to increase in frequency due to climate change. Long term, it will require transmission upgrades, smart grid technology and data management to accommodate the growing demand for renewable energy, which needs to flow from large wind and solar farms in the country to metropolitan areas where it’s needed the most.”

The real question is the approach that is going to be taken by the administration in terms of addressing infrastructure failures. In Texas for example, one of the reasons for the grid’s collapse is its isolation, understood to be in response to a local historical desire to keep federal interference out of state business. Yet is this something that can continue if the grid is going to be able to deliver? With ERCOT responsible for around 90% of Texas generation, the lack of interstate transmission lines means that there is nowhere to reroute power from.

As Gregory Wetstone, President and CEO of the American Council on Renewable Energy (ACORE) pointed out, “During the height of power outages this holiday weekend, over 5 million Midwestern homes saw their lights stay on due to seven gigawatts (GW) of electricity shared from a regional grid in the East, PJM, to one in the Midwest, MISO. This was made possible by some of the very limited interregional transmission in the U.S. Building out more high-capacity interregional lines is an essential part of the effort to ensure grid reliability in an era of climate change.”

The role of distributed generation, especially low carbon generation, is going to be important here. Isabel Beltran, Director, Resilience & Energy, Power & Climate Initiative, The Rockefeller Foundation says: “One way to mitigate the impact of climate events on critical energy supplies is by harnessing distributed renewable energy networks. These can provide safe, reliable and locally based power that is resilient in the face of disasters, offering a vision for a more sustainable energy system in the future.”

The need for the development of appropriate infrastructure is key to creating a grid that is resilient, flexible and sustainable but that doesn’t always mean hard lines. If we are to develop a truly resilient grid system we need more effective protection, control, automation and communication systems – not just to manage the grid itself but the many devices and sensors that make up a smart grid.

James McMahon, Vice President, Charles River Associates said, “The power outages across Texas reveal an issue that goes far beyond managing transmission lines… Traditional grid planning processes are no longer acceptable as flexible use of the grid is required. A digitized grid that supports a diverse and distributed set of resources is needed to manage through uncertainty. Prioritization is urgently needed, and if these recent events have taught us anything, it’s that now is the time to get serious about prevention and tackle solutions that may not be easy, but that pave the way for grid resilience.

Steve Melink, founder and CEO of renewable energy and energy efficiency building solutions group Melink Corp agrees, pointing out that thousands of building owners in the U.S. are already installing solar panels to save energy. Adding battery storage is a logical next step to creating micro-grids where they are no longer depending on the main grid for critical power needs. He says, “The goal should be to develop a smart grid as resilient as the Internet with millions of nodes comprised of distributed energy and battery storage systems. No one catastrophic event should be able to take out a wide swath of our grid and negatively impact our economy, security, and health as a nation. The private sector would have as much a vested interest in this as the public sector and so businesses should help lead and finance this effort as much as the government.”