Outside the ticket office at Huish Park, bouquets of flowers run seven or eight rows deep. Green and white scarfs, shirts, flags, framed pictures, footballs and teddy bears lie in tribute to Lee Collins, the former Yeovil Town captain who died this month aged 32. Nestled at the back, looming large like a towering centre-back, stands a cardboard cutout emblazoned with the number four and a message, in capitals, from the club’s manager, Darren Sarll. “Lee, our captain, my friend. A leader of men, my ‘go-to’ guy. We’ll miss you running our changing room. I’ll miss you more. Sleep well skip. Gaffer.”

The National League club are in mourning, emotions still raw as they prepare to play at home to Boreham Wood on Saturday, their first match since Collins’s death. Players and staff have dealt with the tragedy in different ways. All players were given the option of returning to training the Monday before last. Some did, some didn’t. Some experienced players thought soldiering on would help them cope with the grief. “If one feels like they can’t play or can’t prepare, none of us are going down the tunnel,” says Sarll. “We have had an attitude that if one doesn’t go, none of us go. That’s been our ethos.”

On Thursday morning first-team players, staff and directors trickled into the stadium, driving past the growing shrine to Collins. “The anxiety and fear of taking that first step can sometimes consume you,” Sarll says. “I wanted to try and prepare the players to have a clear week, to have four more days of turning up, driving past the memorial, saying hello to Lee … I wanted them to have that preparation phase in their head where they could get themselves ready and in line.”

Before heading on to the grass in the afternoon, players and staff, together with Collins’ partner, mother and in-laws, paid their respects around the stadium’s centre circle with a two-minute applause. “I was really, really pleased when Lee’s family turned up,” Sarll says. “They wanted to be a part of it. It made it a really personal moment for us. That was a huge, huge step for a lot of us. It was a really tough day but we managed to train afterwards with some sort of semblance of quality …”

The club have brought in a therapist and are working with Sporting Chance, a mental health charity, via the Professional Footballers’ Association. Some players have sought counselling away from the club, and Sarll has spoken to a psychologist at the League Managers Association. “Nobody would bat an eyelid if some, any or all of the players didn’t want to play for the rest of the season,” says Ben Barrett of the Gloverscast podcast. “Nobody would care in the slightest. But if they want to begin that process of getting back to ‘work’, Yeovil fans will do everything they can to support them.”

The club have been flooded with messages of support from Tottenham Hotspur to Taunton Town. Many of Collins’ former teammates have laid flowers and put down words. “Your passion and energy towards rebuilding this club from the lowest point in the lives of fans my age will never be forgotten,” reads one tribute. “It was an honour to watch you play and call you our captain.”

Collins started his career at Wolverhampton Wanderers and made more than 350 Football League appearances with Port Vale, Northampton, Mansfield Town and Forest Green Rovers before signing for Yeovil following the club’s relegation to non-league in June 2019. “He wasn’t just a captain, he was the first captain of a new era and that was such an important role,” says Barrett. “He would put his head in where other people wouldn’t put their feet. Lee, as captain, was front and centre of a spine of players that drew so many fans back. We, as a club, needed that.”

Among the tributes is a shirt from Torquay United, rivals in normal times. There are messages of condolence from season-ticket holders and coloured sketches from supporters as young as eight. One, in black felt tip, reads: “You captained the squad that made us all fall back in love with football.”

The Yeovil dressing room will be supercharged before kick-off. “I’m not sure if I’ll be able to do too much of a team talk,” says Sarll. “My lip goes … as soon as I see Carl Dickinson [the vice-captain] I start to cry. Lee is very much here with us. His locker is still his locker and his armband will be his armband. We’ll carry him with us. That the players, after two and a half weeks, are ready to go down the tunnel and back on to the pitch is an incredible show of strength.”

Staff who dealt with the tragic deaths of Emiliano Sala and Justin Edinburgh at Cardiff and Leyton Orient respectively have helped Yeovil handle an unimaginable process with dignity and class. Down the line the club plan to pay tribute to Collins in the stadium’s Garden of Remembrance, home to a memorial to the former striker Adam Stansfield, where cherry blossom blooms opposite the Junior Glovers Cabin. Collins will remain on the squad list, and on the club’s website his profile picture has been edited black and white. His biography reads: “Rest in peace, Lee Collins. Forever our captain.” 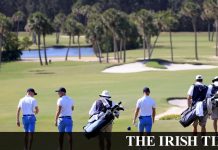 Walker Cup: How to watch on TV? What are the tee times? How does it work? 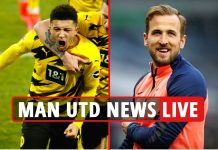 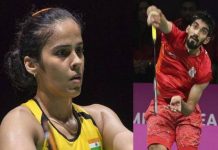 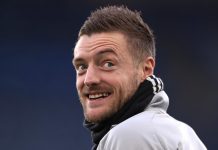 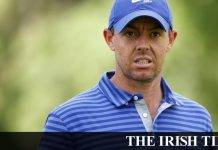 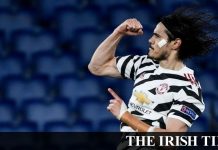 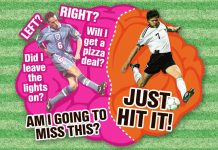