Like the Sixers, the Houston Rockets felt like a team that was under significant pressure this season. If the Rockets fell short in the playoffs, which they did, it always felt like there would be some changes there.

And after Houston bailed out of the second round meekly in five games to the Lakers, they will have a new head coach next season. Mike D’Antoni, whose contract ran out at the end of the season, officially decided to move on Sunday.

Now that D’Antoni is a coaching free agent, could he be a fit in Philadelphia? ESPN first reported that he will be in consideration for the Sixers as they quietly continue through an unorthodox offseason, one that Elton Brand also promised would involve “an evaluation of the front office and that infrastructure.”

As we have done with Ty Lue and Billy Donovan, here is a closer look at the potential match between the Sixers and D’Antoni.

Vikings drop to 0-2 after a rout in Indianapolis: Discuss

[The Washington Times] – Kendall Fuller out against Arizona Cardinals 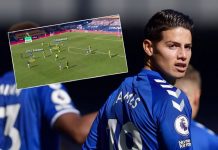 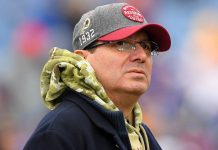 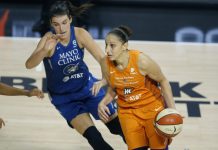 Sunday Randomness: How does Diana Taurasi not get the ball? Also, meet Borz

Assessing the pros and cons of the Tigers’ manager job