Its beautiful Grade II* listed monuments were erected in memory of leading members of the Greek community in 19th-century London, but the graves in West Norwood cemetery are now in a dire state of neglect – with one decaying casket recently photographed covered in a thick layer of pigeon droppings, with a limb protruding.

Lambeth council, which compulsorily purchased the cemetery more than 50 years ago, recently withdrew security to save money and campaigners are calling for urgent action to protect listed monuments from ruin.

Prof Bob Flanagan, an academic at London University and chairman of the Friends of West Norwood Cemetery (FoWNC), told the Guardian that this was no way to treat the dead. “It’s disrespectful and shocking,” he said.

“It’s also a health and safety hazard for people walking round the cemetery. In some instances, coffins are exposed and there might be accidents with people falling into decayed vaults.”

The south London cemetery includes the Hellenic Necropolis, some of whose Grade II* monuments are on Historic England’s Heritage at Risk Register.

Dr Victoria Solomonidis-Hunter, a Greek-British associate lecturer at University College London, said she has been taken aback by both the beauty of the monuments and their “heart-breaking state of decay”.

She said: “One of the most beautiful monuments is that of the Vagliano Brothers, who – among other major works – funded the National Library of Greece in the late 19th century. The monument is a copy of the Tower of the Winds [erected in Athens about 100-50BC]. It is in a bad need of restoration. Pigeon droppings inside are 70cm high.”

In March, she was shocked to learn that the monument had been vandalised, having already suffered the theft of its original door, and that the hardboard covering the entrance had been broken, leaving the two caskets in full view. “One of them was open, through decay, with a limb protruding,” she said.

Although a stonemason working nearby boarded up the monument, this had been the third vandalism in the enclosure in a few days.

Solomonidis-Hunter, a former cultural attache in the Greek embassy in London, responded to the cause by becoming a FoWNC trustee: “Unfortunately, if nothing is done, we fear that this wave of vandalism is going to continue.”

Flanagan said the Vagliano monument was “a total mess“. “Lambeth council does not seem to have the means to take action. They have removed the security guard from weekends, without consultation, to save money. That means monuments are at greater risk.”

Work is about to begin on the cemetery, following a grant of £4.6m from the National Lottery Heritage Fund, and a further £2.1m from Lambeth council and FoWNC.

But campaigners are shocked that historic graves have been neglected for so long and that there is concern about how far the funds will stretch as repairs to the Grade II* listed St Stephens Chapel alone are set to cost more than £1m and only three of the Hellenic monuments are earmarked for restoration.

The Vagliano mausoleum is not among them. It alone would cost about £60,000 to repair. Panayis Vagliano, a Greek merchant and shipowner, constructed it for his brother, Marinos, who was interred there in 1896, and Panayi too was buried there in 1902.

The South Metropolitan Cemetery at Norwood, founded in 1837, was bought by the London Borough of Lambeth in 1966 and renamed West Norwood Cemetery. Historic England notes that it “contains an outstanding collection of 19th and early 20th century funerary monuments”. The cemetery includes the family grave of Mary Zambaco, the lover of the artist Edward Burne-Jones.

While a Lambeth council source observed that the general rule at most cemeteries is that the upkeep of individual memorials is the responsibility of the grave owners, an official spokesperson said: “West Norwood Cemetery is a historic and valued asset and the council has invested heavily in maintaining and improving it for the benefit of the whole of the borough. We are embarking next month on a multimillion-pound restoration project, which will include significant investment in the Hellenic enclosure.” 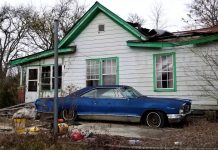 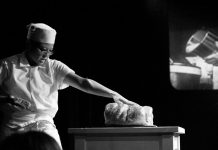 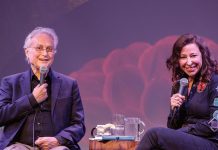 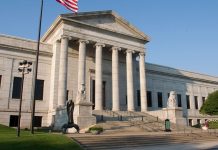 Minneapolis Institute of Art announces over $19m in gifts, including funds for a diversity officer, Latin American curator and deputy director 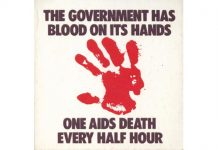 A master class in activism: What artists today can learn from ACT UP New York’s response to the Aids crisis

The uncompromising art of Australia’s Richard Bell: ‘There’s got to be a day of reckoning’ 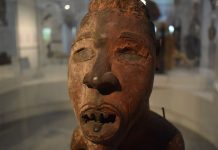