Shamrock Rovers’ title celebrations will have to wait at least another week after a decision was taken to postpone the league leaders’ next three games due to an outbreak of coronavirus in their squad.

Rovers announced in a statement on Thursday that Aaron Greene had tested positive for Covid-19 during the week while Jack Byrne was already self-isolating after having tested positive himself while on international duty with the Irish senior squad.

The bigger issue, though, was the unspecified number of Rovers players deemed to be close contacts of Greene.

The club has declined to provide detail of the numbers involved or the circumstances that led to them being characterised as “close contacts” but in a statement the FAI said the number was “high” and the impact on Stephen Bradley’s squad was clearly serious enough for the league to postpone Friday night’s home fixture against Derry City, with the games against Finn Harps away and at home to St Patrick’s Athletic also set to be rescheduled.

Rovers could have clinched the league with a win on Friday in the event that Bohemians had failed to beat Dundalk but the very earliest the title could now be decided would be next weekend, and that would require Keith Long’s side to suffer a couple of setbacks.

Long will not be helped, however, by losing two players himself to coronavirus-related issues with the club confirming that one had tested positive earlier this week, while another has been deemed a close contact. Bohemians made it clear that they are happy for the game at Oriel Park to go ahead.

The sudden spike in cases around the league will cause major concern around Abbotstown where it had already been decided to push the end date for the top flight programme out by a week in the wake of a positive test at St Patrick’s Athletic, where the fact all of the players had travelled back from Cork on a bus together meant most of the squad were unavailable.

Somewhat oddly, the players that test positive become available again more quickly than those reckoned to be contacts as they only have to self-isolate for 10 days rather than 14.

Rovers would have a bigger group to choose from and the fact enough of their players have been ruled out to force the postponements will prompt questions given the club had put great emphasis on observing the required protocols around games and training and was widely regarded to be have been doing a good job.

It is possible Greene may have travelled to training or a game with other players or met them in a social setting, although there is no indication provided on Thursday evening as to what the precise source of the problem is.

The delayed games, though, will cause a logistical headache for both the association and the club which looks likely to have to play midweek games either side of its FAI Cup quarter-final away to Finn Harps on November 1st.

Beyond that, though, there is little remaining scope to fit rescheduled fixtures in if the current target of ending the league season on November 8th is to be met. With Galway United also having been affected, four clubs have now had players test positive and further cases seem somewhat inevitable at this stage.

The wider problem, though, is the growing number of cases in the population as a whole and the sense that the Government might introduce tighter restrictions that would curtail high level sport and lead to the campaign having to be put on hold again, or even abandoned. There will be a growing urgency, in the circumstances, about pushing on and getting the outstanding games played as quickly as possible although the FAI Cup, which is scheduled to run well into November, looks vulnerable at this stage.

Dundalk’s season, meanwhile, is due to run into mid-December as a result of the club’s involvement in the group stages of the Europa League, a campaign that kicks off next Thursday with the visit of Molde to Oriel Park.

For their game against Bohemians on Friday, manager Filippo Giovagnoli has everyone bar Dane Massey available as Darragh Leahy has returned from international duty with the Irish Under-21s in Italy. The visitors have declined to name the two players affected by the positive Covid-19 test but Rob Cornwall misses the game with an ankle injury.

Dundalk trail the Dubliners by nine points with two games in hand but would take a major step guaranteeing themselves European football again for next season with a win by moving four points clear of Waterford in fourth place, with St Patrick’s Athletic and Sligo Rovers both a point further back. 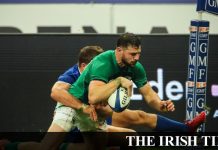 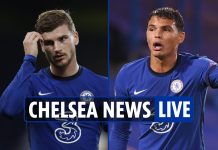 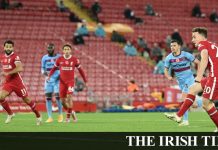 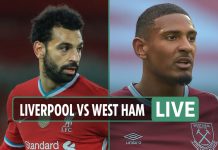 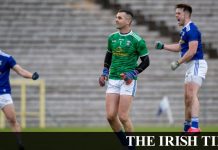 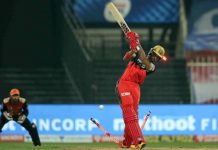 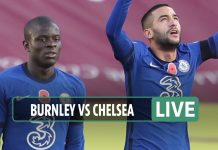