Seven in 10 nurseries and preschools in England will have no option but to increase their fees without additional financial support from the government towards rising energy costs, according to a survey.

The sector is warning the energy crisis could be “a nail in the coffin” for many settings, with more than one in 10 saying they will be forced to close permanently without an extension to the government’s energy bill relief scheme.

A six-month energy price cap for businesses has been in place since the beginning of October to help industries manage rising gas and electricity costs, with a separate six-month cap for households, but both are due to end in March 2023.

The Early Years Alliance, which conducted the survey among its members, is calling for the sector to be included on the government’s list of “vulnerable” industries set to receive support beyond the initial six-month period.

The survey, which attracted 1,265 responses, found nearly seven in 10 (68%) nurseries and preschools and three in five (61%) childminders were likely to have to increase fees for parents over the next year if the government’s financial support ends in March. In addition, 11% of nurseries and preschools and 6% of childminders warned they were likely to shut their doors for good.

It found early years settings were already feeling the effects of rising costs, prompting more than three in five (62%) nurseries and preschools and eight in 10 (81%) childminders to reduce energy usage by cutting back on heating or lighting, or preparing cold food rather than hot.

Almost half (48%) of childminders and about two-thirds (65%) of preschools and nurseries have had to increase fees to cover energy costs, while others have reduced opening hours (8%) or cut back on staff (22%) to reduce costs.

One respondent said: “This sector is already dreadfully underfunded, so the energy increases have added to our financial concerns. We don’t want to raise our fees as our parents are already struggling with the day-to-day cost of living.”

Another said: “I have asked parents to leave a thick jumper and trousers here in case needed,” while a third said: “Many nurseries have closed and were already under pressure – this is going to cause further closures, letting families down in areas that probably need the childcare the most.”

Earlier this week, Ofsted data showed the number of childcare providers had dropped by 5,400 in the year to the end of August 2022, with closures in 110 local authorities. It came as childcare continued to climb up the political agenda, with parents concerned about cost and availability, and the sector complaining about underfunding.

Neil Leitch, the chief executive of Early Years Alliance, said: “We’re only at the start of the winter months and already nurseries, preschools and childminders have been forced to reduce energy usage, cut costs and raise fees just to keep their doors open.

“We know that, even before the current crisis, many settings were hanging by a thread as they battled through years of underfunding.

“There’s no doubt that unless more action is taken, rising gas and electricity costs could be a nail in the coffin for many more high-quality settings across the country.”

A government spokesperson said more than £20bn had been spent over the past five years supporting families with the cost of childcare. “We know many households and childcare providers are facing pressures from recession and high inflation. Improving the cost, choice and availability of high-quality childcare for working parents is important for this government.”

In an apparent reference to proposals to relax childcare ratios, the spokesperson added: “We’re investing millions in better training for staff working with preschool children and have set out plans to help providers in England run their businesses more flexibly.” 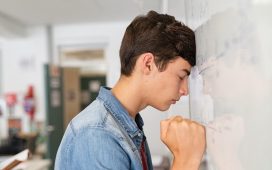 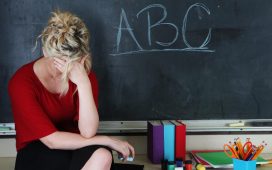