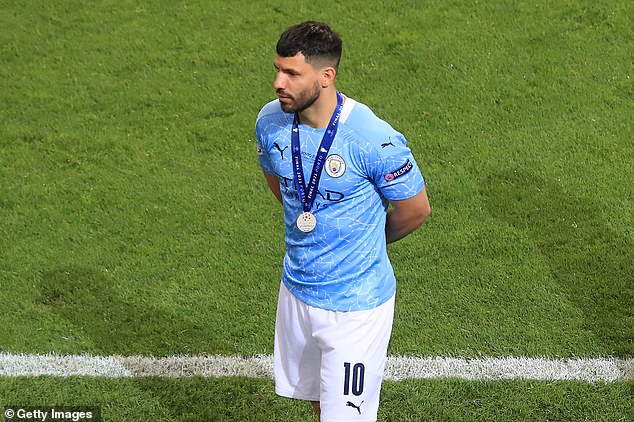 Sergio Aguero travelled to Barcelona directly from Manchester City‘s Champions League final loss in Porto to complete a free transfer to the Catalans, according to reports.

City’s all-time record goalscorer was a second-half substitute for Pep Guardiola’s side in their 1-0 defeat to Chelsea on Saturday night, which was settled by Kai Havertz‘s first-half goal at the Estadio do Dragao.

The Champions League final was Aguero’s final game for City after a decade of service, with Aguero ending his career for the Premier League champions with 260 goals in 390 games.

Sergio Aguero travelled straight from Manchester City’s Champions League loss to complete a move to Barcelona, according to reports 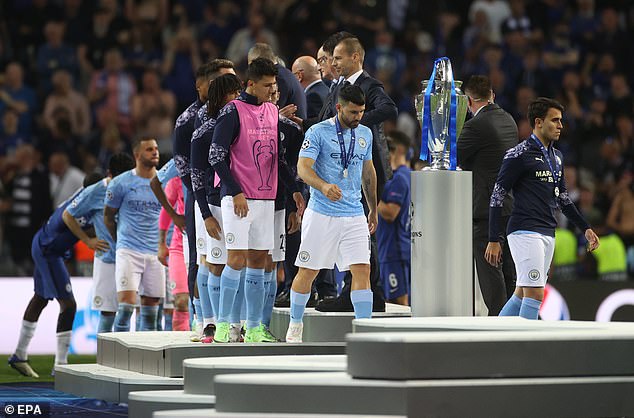 And according to Spanish news outlet AS, Aguero took no time in trying to complete a move to Barcelona and is set to complete a medical in the next 24 hours.

The 32-year-old striker posted an emotional message to City fans on Sunday following his final game for the club and the disappointment of losing the Champions League final.

Aguero’s tweet said: ‘Proud of this team and to have worns its colours for so many years. Manchester City, forever in my heart.’ 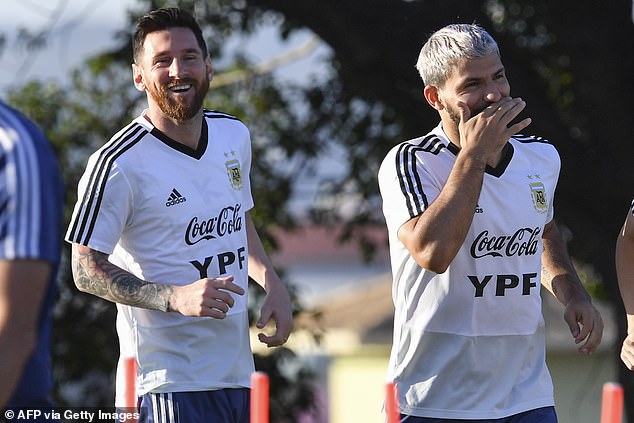 As well as setting a new goalscoring record for City, Aguero ended his time at the Etihad Stadium with 15 trophies to his name – including five Premier League titles.

The first of those top-flight titles saw the Argentine net a dramatic late winner against Queen’s Park Rangers on the final day of the season to secure a sensational 3-2 comeback win to snatch the title away from city rivals Manchester United.

But Aguero was unable to be the difference on Saturday night in City’s first ever Champions League final appearance, despite the forward spending ten years at the club. 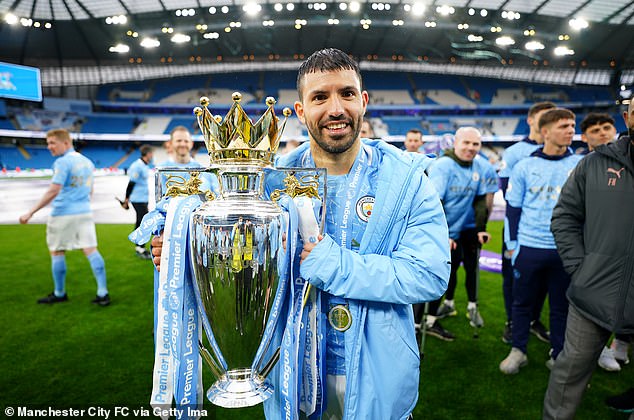 Aguero is widely expected to join Barcelona this summer on a free transfer and link up with fellow countryman Lionel Messi, who is set to commit to the Catalan club despite his contract expiring soon.

Speaking about the move, City boss Pep Guardiola said earlier this month: ‘Maybe he’s close to agreeing a deal with the club of my heart, Barcelona.

‘He’s going to play alongside the best player of all-time, Leo Messi. I’m pretty sure he’s going to enjoy and make my club Barcelona stronger and stronger.’ 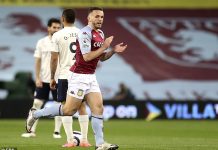 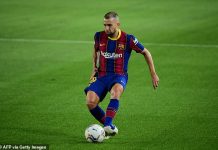 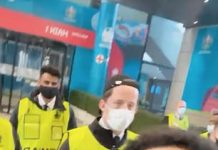 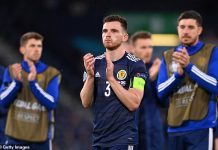 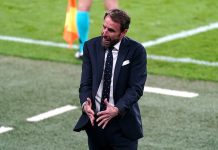 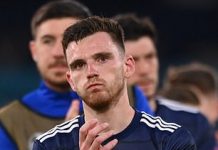 Andy Robertson says Scotland must build on their Euro 2020 experience 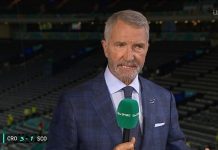 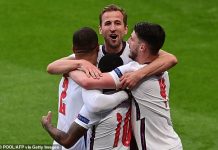 CHRIS SUTTON: Harry Kane shrugged-off backlash and nerves to prove his worth in Czech win 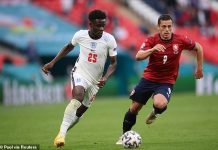 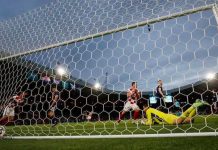 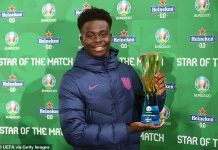