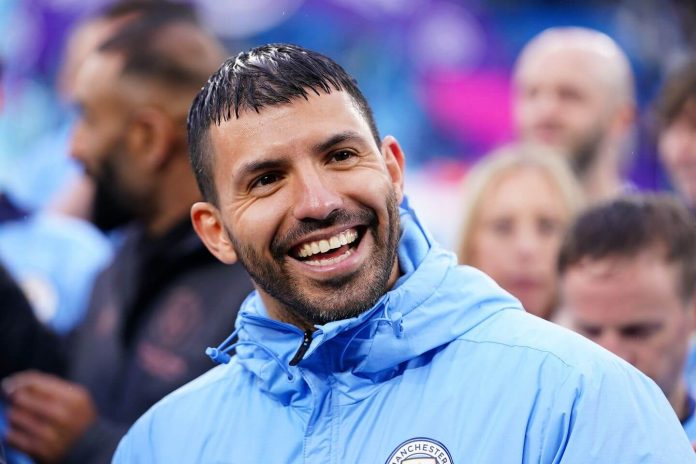 Why have Barcelona gone for Aguero?

Following the departure of Luis Suarez last summer, Barcelona lost a focal point for their attacks and a vital source of goals.

The club will hope that a player of Aguero’s calibre and experience can help fill the void left up front without Suarez by adding another veteran striker. Barcelona’s difficult financial situation also made the opportunity to sign Aguero on a free transfer an attractive option.

Despite becoming a peripheral figure at City this season, Aguero remains an exceptionally talented player. At 32 years old, the club will hope the Argentina international can provide guidance to Barcelona’s emerging forwards, such as Trincao and Ansu Fati, while also utilising his chemistry with international teammate and close friend Lionel Messi.

Thus, the acquisition of Aguero can only aid the club in their most important transfer activity this summer — ensuring Messi remains at the Nou Camp.

What did Aguero achieve at Manchester City?

Aguero joined City from Atlético Madrid in 2011 and, having struck 260 goals in 390 appearances, has been a pivotal figure in the club’s success over the last decade.

As City’s all-time leading goalscorer, the one he will undoubtedly be remembered most for is the all-important last-minute winner against Queens Park Rangers to secure City’s first Premier League title in the 2011-12 season.

After 10 years at City he has five Premier League titles, one FA Cup, six League Cup triumphs and a Champions League runners-up medal.

During his time in England, Aguero also established himself as one of the most clinical marksmen to have graced the Premier League. The Argentine has the best minutes-to-goals ratio in the league’s history, is the top overseas goalscorer and fourth in the Premier League’s all-time scorers list.

A truly exceptional centre forward, when City announced Aguero’s departure in March they also confirmed that a statue of Aguero has been commissioned, to stand alongside those currently in work to honour David Silva and Vincent Kompany to commemorate his contribution to the club.

Are City likely to look for a replacement this summer?

A key part in City’s decision will have been their determination to bring in a top-class striker this summer, with Erling Haaland top of their list.

Haaland is the number one choice among supporters, too, but any striker will have an incredible job on their hands if they are to step into Aguero’s shoes.

As The Athletic revealed in April, Harry Kane’s potential availability would also be an attractive option for City to fill the void left by Aguero’s departure. Tottenham’s asking price will, however, likely be a difficult hurdle in any negotiations.

City could also bring in a second new striker in the summer, and The Athletic’s David Ornstein has already reported their interest in Southampton’s Danny Ings.

Steve Clarke was too cautious and loyal — Scotland crave creativity 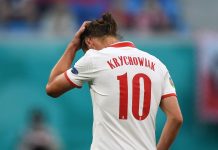 Grzegorz Krychowiak: Poland midfielder first player to be sent off at Euro 2020

[USA Today: Washington Football Wire] – Which returning Washington starter is on the hot seat for 2021? 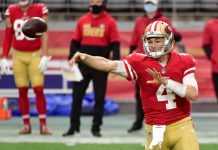 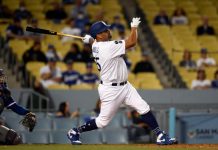 The Albert Pujols signing is paying off for Dodgers on the field, in the clubhouse and in the stands 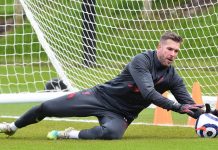 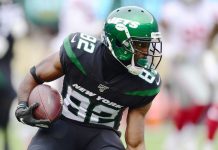 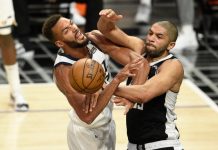 Clippers got the better of Jazz in Game 3. Can Utah adjust?