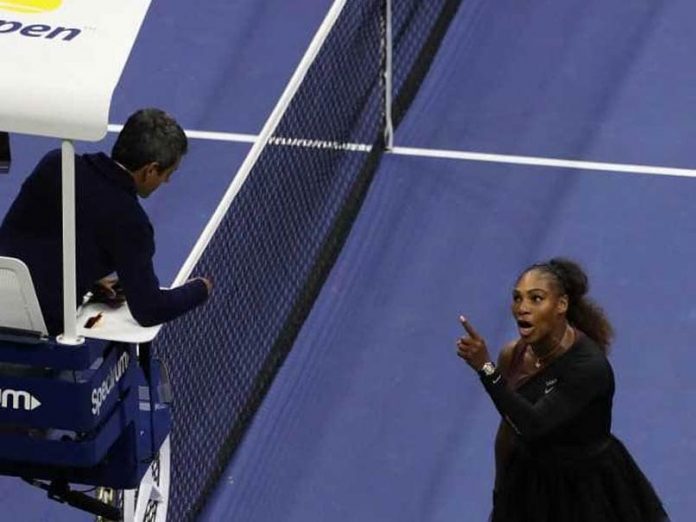 Serena Williams has been fined $17,000 by the US Tennis Association in the wake her outburst during a controversial US Open final loss to Japan’s Naomi Osaka. The American star was fined for coaching, racquet abuse and for verbal abuse when she accused umpire Carlos Ramos of being “a thief” during Saturday’s stormy final. Williams was incensed at the coaching violation, although coach Patrick Mouratoglou, sitting in her box, admitted that he was coaching when he moved his hands.

That violation carried a $4,000 fine, while a second violation for racquet abuse – after she smashed her racquet after dropping her serve in the fifth game of the second set – cost her $3,000.

The second violation also cost her a point in the match, sparking her renewed verbal attack on Ramos, a code violation which carried a $10,000 fine.

Her third code violation of the match also cost her a game, putting Osaka on the brink of what would be a 6-2, 6-4 victory that made her the first Japanese player to win a Grand Slam title.

Williams insisted that her coach Patrick Mouratoglou had not been coaching her even though the Frenchman told ESPN that he had and that all coaches do it.

“I just texted Patrick, like, What is he talking about? Because we don’t have signals. We have never discussed signals,” said Williams.

Williams said women players are treated differently to their male counterparts in the sport.

“For me to say ‘thief’ and for him to take a game, it made me feel like it was a sexist remark.

“He’s never taken a game from a man because they said ‘thief’. For me it blows my mind. But I’m going to continue to fight for women.”

Williams made reference to the incident last week when French player Alize Cornet was warned for removing her shirt on court.

Cornet was accused of “unsportsmanlike behaviour”.

“Cornet should be able to take off her shirt without getting a fine. This is outrageous,” said Williams warming to her theme.

“I just feel like the fact that I have to go through this is just an example for the next person that has emotions, and that want to express themselves, and want to be a strong woman.

“They’re going to be allowed to do that because of today. Maybe it didn’t work out for me, but it’s going to work out for the next person.”