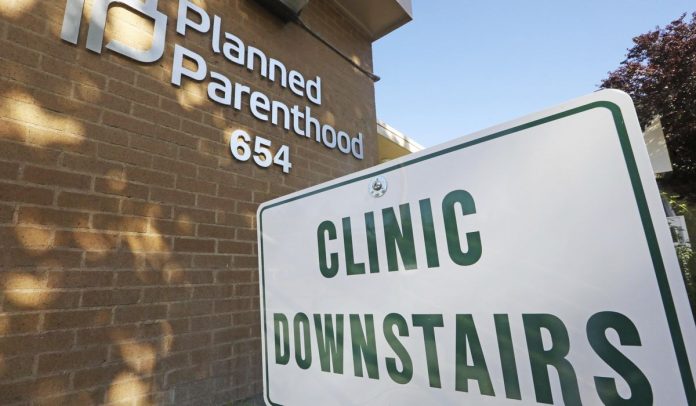 Senate Republicans have set up votes on two bills next week aimed at criminalizing some abortion procedures after 20 weeks and putting Democrats on the spot about how far they are willing to support unlimited abortion rights.

One of the measures, sponsored by Sen. Lindsey Graham, South Carolina Republican, would impose criminal penalties, including a fine or a possible five-year prison term, for medical providers who perform abortions after a fetus reaches five months gestation. The bill, which Mr. Graham has pushed for several years, includes exceptions for pregnancy complications that threaten the life of the mother or if a pregnancy results from rape or incest.

Sen. Ben Sasse, Nebraska Republican, introduced the other bill, which requires health care workers to give medical care to a baby born alive after a botched abortion, ensuring the child is admitted to a hospital. If they fail to act, they could face a fine or prison time.

Critics of the bills say they are unnecessary and aimed at further limiting a woman’s control over her body. Proponents argue that the bills are humane and based on science.

Both pieces of legislation are expected to fail, as it is highly unlikely seven Democrats will side with the chamber’s 53 Republicans to advance the bills, which would require at least 60 votes.

Still, the votes put the senators, including several 2020 Democratic presidential hopefuls, on the record on late-term abortions.

The Democratic Party has moved toward expanding abortion rights, including for the first time in 2016 making overturning the ban on federally funding for abortions part of the party platform. The issues surrounding late-term abortion, however, remain dicey for the party and its candidates.

Former South Bend, Indiana, Mayor Pete Buttigieg, a top 2020 Democratic presidential candidate, got into hot water recently when he dodged an Iowa voter’s question about late-term abortions. He said it should be the mother’s decision, not the government’s.

The remark spurred complaints that he was alienating pro-life Democrats.

Marjorie Dannenfelser, president of the pro-life group Susan B. Anthony List, said Democrats are out of step with their base on abortion.

“They are feeling it. It’s time they see that consensus is necessary to move forward on this debate in a way that honors American opinion,” she said. “This is not only the right thing to do but the politically smart thing to do.”

A national poll conducted for the pro-life group showed that 77% of voters think babies born alive after a failed abortion should be given the same level of medical care as an infant at the same age.

“The overwhelming majority of Americans – including 75% of independents and 70% of Democrats – want Congress to ensure that babies who survive abortions receive the medical care they deserve,” Ms. Dannenfelser said, citing her group’s poll data.

A Gallup poll last year found that 25% of respondents thought late-term abortion should be legal in any circumstance, the lowest level of support since 2012.

More than a half-dozen states currently have no limits on late-term abortions.

Mr. Sasse introduced his legislation the same day a year ago that Virginia Gov. Ralph Northam ignited an abortion debate firestorm by describing an after-birth abortion.

The comment provoked a fierce backlash from Republican lawmakers and pro-life advocates.

Mr. Sasse’s bill came up for a vote the following month but was blocked by Senate Democrats. Three Democrats broke with their party to support the legislation: Sen. Joe Manchin of West Virginia, Sen. Doug Jones of Alabama and Sen. Bob Casey of Pennsylvania.

Mr. Graham’s legislation was introduced in honor of Micah Pickering, who was born at 22 weeks in 2012. He said that science points to the five-month mark at which a fetus can feel pain, saying abortion at that point should be limited.

A representative for the pro-choice Center for Reproductive Rights accused Senate Republicans of using abortion legislation to “galvanize” their supporters.

“This medically unnecessary bill applies arbitrary time constraints to a decision that should be left up to a patient and their doctor,” said the spokesman.

Sen. Dianne Feinstein, California Democrat, said the bills were another Republican attempt to limit a woman’s right to choose.

“These efforts to restrict women’s access to care ignore the harsh reality that the United States has the highest maternal mortality rate in the developed world,” Ms. Feinstein said. “Instead of considering controversial bills to restrict abortion, Congress should pursue bipartisan measures to make health care more affordable and accessible.”

The infamous abortion provider’s case garnered national attention after it was uncovered he would use scissors to sever the spinal cords of babies born alive after botched abortions.

During a hearing on Mr. Sasse’s bill, Mr. Durbin said there’s no need to push for even more criminalization when the justice system works as it stands.

“This hearing, as important as it is, is addressing an issue already addressed in virtually every state in terms of infanticide and involuntary manslaughter when it comes to babies in this circumstance,” Mr. Durbin said.

Mr. Sasse stressed the importance of putting federal penalties on the books rather than leave it to the states to punish health care providers who fail to aid babies born alive. 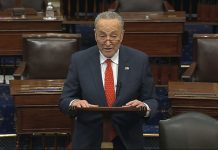 Chuck Schumer says he will wear a mask in public: 'You have to do it' 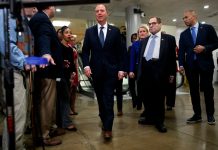 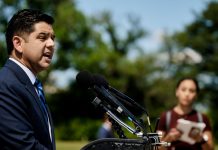 In Congress, Doctors Are Pressing for a More Aggressive Coronavirus Response 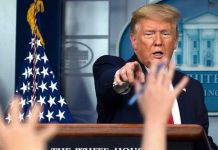 Setting The Record Straight In Another Week Of Trump And Coronavirus 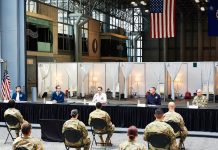 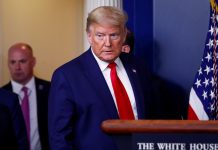 The US presidential election is frozen in time – can it survive? 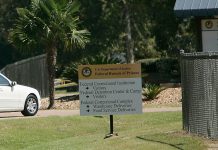 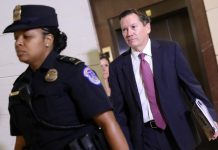 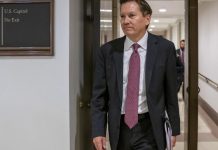