The final four teams are set for the Hlinka Gretzky Cup, with Canada facing off against Finland and Czechia meeting up with Sweden in the two semifinal contests on Friday.

Here’s how they got there:

In a battle of two heavyweights, Canada managed to beat Sweden 3-0 to win the top spot in Group A.

It was a much different game for both teams, who came off nine-goal efforts on Tuesday. Canada, in particular, entered the night with a 22-goal differential after just two outings.

Canada’s first goal came in the opening frame after Oshawa Generals forward Cal Ritchie managed to get the puck off a Swedish defender and in for the 1-0 marker.

A two-goal second period set Canada apart. First, Zach Benson scored a backhand marker at 10:55 after Ethan Gauthier was stopped, only for Brayden Yager to capitalize on the power play with three minutes to go in the middle stanza. Canada then kept the pressure on, but the goalies at both ends stood tall, just trying to ride out the clock, as Canada finished with the victory.

Czechia needed to beat the United States in any fashion on Wednesday to advance to Friday’s semifinal and did just that, topping the Americans 3-1 in the opening game in Red Deer.

The game was tight throughout, with Jan Kucera (21:57) being the lone goal of the first 40 minutes. He broke the deadlock after Adam Csabi deked past a defender and got Kucera the pass, with the Czechia forward wasting no time beating Hampton Slukynsky for the 1-0 lead.

The Americans had more scoring chances, outshooting Czechia 35-19, but Jan Sprynar’s goal at 44:07 doubled the deficit. Tanner Adams scored 58 seconds later to bring USA back within one, but they couldn’t capitalize on a pair of short-handed opportunities and Jakub Dvorak managed to score an empty-net shorthanded goal at 54:40 to put the game away.

Slovakia managed to win its first game of the tournament, beating Switzerland 3-2 on Wednesday.

Daniel Alexander Jencko (SVK) and Kevin Zurcher (SUI) scored for their respective teams in the first, with Rafael Meier’s power-play goal at 33:12 giving his team its first lead of the tournament.

It was short-lived, though, as Adam Cedzo scored a minute later on Slovakia’s power-play opportunity, a goal that eventually forced overtime. Cedzo was the hero in the extra frame, scoring just 1:53 into the extra frame to give Slovakia its first win of the tournament just a day after a crushing 9-1 loss to Canada.

With the win, Slovakia will play USA in the fifth place game, while Switzerland will seek its first win against Germany in the seventh place game. 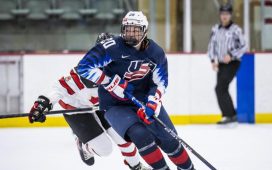 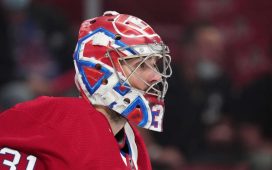 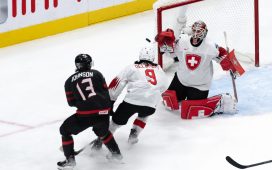 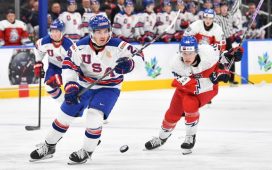 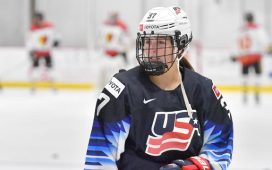 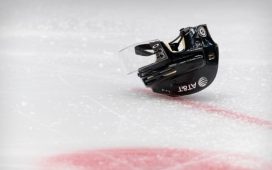 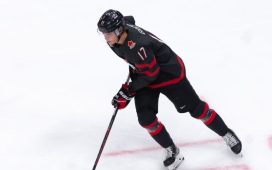