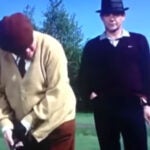 James Bond (played by Sean Connery) looks on as Goldfinger putts in this epic golf scene from 1964.

As the tributes for the late Sean Connery have poured in from Earth’s every corner in recent days, our little corner of the sporting world has been able to look back at Connery’s life through one of his passions: the game of golf. In many ways, Connery’s love for golf spoke to his persona: a focused, fierce competitor who spoke with his actions.

In recent decades, Connery played golf “almost every morning,” according to the AP at his home at Lynford Cay in the Bahamas. When he officially announced he was done acting in 2007, citing his love for that lifestyle. “Retirement is just too damned much fun,” he said.

But it’s impossible to mention Connery and golf without quickly getting to The Golden Fleece, a scene from the 1964 James Bond film Goldfinger, which is undoubtedly the iconic golf scene of all time. What follows here is hardly a comprehensive appreciation for the depth and breadth of Connery’s life and work, but consider it a small appreciation for Connery’s contributions to our game and our entertainment. With that in mind, let’s walk through the scene, with a careful eye for the components that make it truly one-of-a-kind.

What’s so special about this match? Just about everything! These 10 ingredients, for starters:

These days, we’ve gotten used to watching Tour pros play for multi-million dollar first prizes every single week, or Tiger and Phil battle it out for literal piles of dollar bills at The Match. So it’s far more relatable to see Bond and Goldfinger set up a match for a shilling a hole, which, according to my extremely rudimentary estimates, comes out to about a dollar per hole in 2020.

Even when the stakes get raised on the 17th tee, the gold bar in question is still worth £5,000, which comes out to just over $100,000 dollars in 2020. Still a manageable enough sum to be settled by personal check at the end of the round. This match is about more than just the money; all good matches are.

We’ve seen editions of the yips addressed in TV and film before, (least) notably in Swing Away (2016). But what’s up with Goldfinger’s inability to pull the trigger on a shortie on No. 16? This doesn’t get fully addressed, and he seems relatively unperturbed by the missed putt, but hey — it sets up a fantastic finale.

Bond pauses his driver swing on No. 17 in transition, foreshadowing Tiger Woods’ execution of the same move, all those decades later. Maybe this is where Earl got his inspiration.

“Strict rules of golf?” Goldfinger asks by way of interruption. For his sake, he shouldn’t have…

“Well, of course,” Bond responds, twinkle in his eye.

Hollywood doesn’t spend nearly enough time focused on the most intense moments of a round of golf: the search for a wayward tee shot. This film captures that moment wonderfully, with even the high-powered Goldfinger looking lost and alone, trudging through the rough. Until…

6. Cheating from both sides!

If Odd Job’s ball-down-the-pant-leg trick represents golf’s most basic level of cheating — throwing a ball down when he can’t find his — Bond’s style represents the exact opposite. His strategy is elaborate and cunning; even midway through the 17th hole he’s laying a trap for the 18th green.

That doesn’t mean he’s really following the spirit of the rules, of course. It’s hard to imagine the R&A condoning “hiding your opponent’s ball under your shoe” as sporting behavior. Bond’s our guy, so we’ll side with him, but he’s not the opponent you’d want in a match.

“Play it,” Goldfinger tells Bond, referring to about a 4-inch putt on the 17th green, presumably for par.

Given his own miss on the previous green, I guess he knows the hazards of a high-pressure shortie, but still — for a guy who’s plenty loose with the rules, Goldfinger isn’t much for gimmes. A crucial inclusion for a match-play scene.

How strange and unique that the focal point of the scene — the absolute height of tension! — comes from Goldfinger re-teeing the golf ball and not noticing the number on it?

In recent years, Bond films have tended towards the more spectacular, if less believable. Who could forget the final poker hand in Casino Royale, in which Bond flips a straight flush, beating a flush, a full house and a higher full house? It’s a thrilling but preposterously unlikely sequence of events.

On the other hand, this match ends with Bond facing a must-make six-footer for a 5 and leaving it tragically short and right — never even scaring the hole. Winning No. 18 with a 5 over a sorry 6 is a feeling far more players can relate to.

Let’s go through the rules infractions in this scene alone:

-Goldfinger teeing off first on No. 18, despite not having the honor

-Goldfinger’s perception that he played the wrong ball on No. 18

The first key point is that golf’s rules are a major plot point in a major James Bond movie. Imagine the minutiae of another sport taking center stage at a pivotal point in an action movie. Basketball movies don’t tend to focus on lane violations, football movies don’t harp on illegal substitutions, baseball movies don’t hinge on runner interference. But golf, sweet, beautiful, ridiculous golf, has so many rules with such intricate applications that they can swing the plot of a Bond movie. Terrific.

The second point further complicates the first: Bond should have lost! Goldfinger played the same ball from tee to green. Even if the one-ball rule was in effect, he was still playing a Slazenger, probably the same model, meaning it was fully legal to switch on the 18th tee (despite his blatant cheating to halve No. 17). But when confronted with the Slazenger 7 at the bottom of the cup, Goldfinger doesn’t pull out his own copy of the rules; he doesn’t even object! Instead he just storms off without saying a word.

What that ultimately means is that Bond won the match like a good poker player: with a proper bluff.

Give the clip another watch, and think of Connery when it makes you chuckle. The scene led to Connery’s decades-long love affair with golf, and it put golf in front of millions of Bond fans, and it remains arguably the game’s most memorable big-screen moment. All in all, pretty good for a rules technicality. 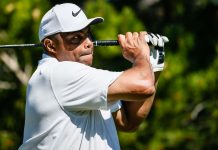 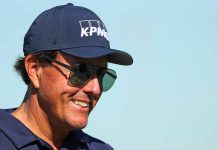 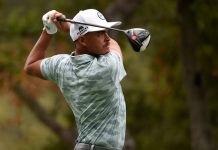 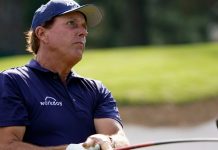 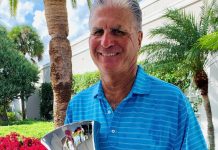 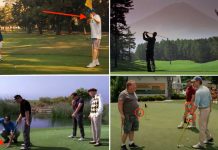 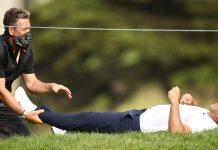 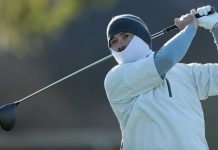 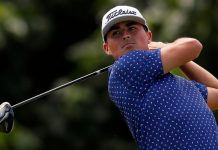 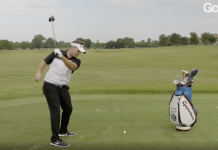 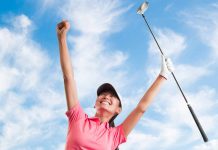 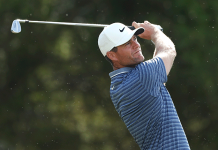