Scientists taken back by deep sea creatures voyage: 'Only 1 in 5 species known'


To put that into perspective, the deepest part of the ocean in the Pacific goes 36,161 feet below the water’s surface.

As a result, the ocean’s ecosystem remains one of the most elusive on the planet — giving researchers hope that it may offer vital answers to some of science’s most vital questions.

Yet, of those animals recorded, just one in five were known species.

It is an astonishing figure.

While scientists admitted that not all the images were clear enough to identify, most were organisms nobody had seen before.

Whenever scientists look in the deep ocean, they are almost guaranteed to find something previously unknown and unexpected, according to Dr Helen Scales, a marine biologist.

JUST IN: Europe on brink of winter gas crisis as prices soar 35%

As Dr Scales noted: “When Rotjan’s team have finished analysing the findings, they will undoubtedly be adding entries to the World Register of Deep-Sea Species, which in mid-2021listed 26,599 species, a number that’s rising all the time.”

Their research may well replicate the 12 new species that were found “hiding in the deep” in 2020.

Here, a team who worked on what was called the Atlas project found new sea mosses, molluscs and corrals which had previously eluded discovery.

However, the researchers warned that the animals could already be under threat from climate change.

Carbon dioxide absorbed by the ocean is making it more acidic, causing coral skeletons in particular to corrode.

But scientists involved stressed it was not too late to protect these special species and the important habitats they occupied.

On top of the 12 new discoveries, the researchers also found approximately 35 new records of species in areas where they were previously unknown.

A field of hydrothermal vents was also stumbled upon.

These sea-floor hot springs in the Azores are important areas of relatively high biological productivity that host complex communities in the midst of the vast deep ocean.

Professor George Wolff, an ocean chemist from the University of Liverpool who was involved in the project, pointed out: “We can still say we have better maps of the surface of the Moon and Mars than of the sea floor.

“So whenever you go to the deep ocean, you find something new — not just individual species but entire ecosystems.”

You can subscribe to BBC Science Focus magazine here. 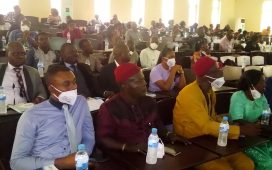 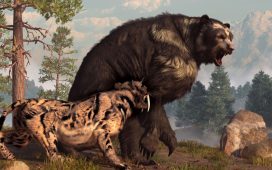 What were the largest predators in North America? 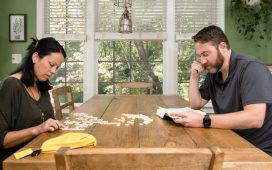 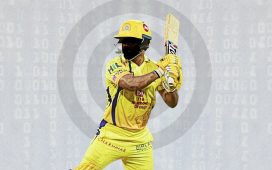 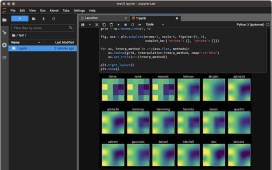